An Arizona Senate committee has approved a pair of controversial election-related bills on party-line votes.

One bill, Senate Bill 1046, would bar people who receive a ballot by mail from dropping off that ballot on Election Day. Sponsor Sen. Michelle Ugenti-Rita (R-Scottsdale), says it’ll speed up results and that, in turn, will boost confidence in elections. 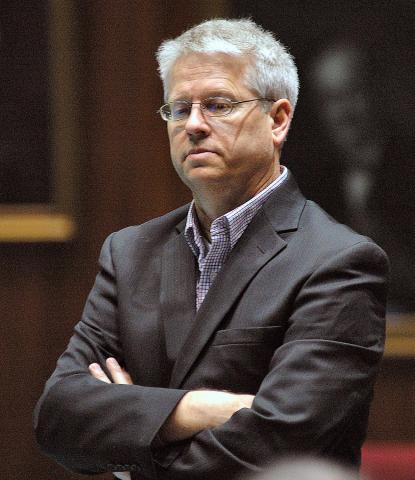 Some races took about two weeks to call in the 2018 midterm elections, with four statewide Democratic candidates surpassing their Republican opponents as the dropped off ballots were counted in the days after the election.

Democrats opposing the bill, along with voting rights advocates like the League of Women Voters, called the bill a solution in search of a problem. They argue it takes away an option people like.

Sen. Judiciary Committee Chairman Eddie Farnsworth (R-Gilbert) and the other Republicans on the panel passed SB 1046 four to three, despite objections from the elections officials present.

Will It Reduce Wait Times For Results?

“No it will not,” Hoffman said, Her point was that if more ballots arrive via mail on Election Day, those ballots would still require time to be counted.

“Our counting time is going to be a challenge no matter when those ballots are received,” said Marson. Even if Maricopa County’s 168,000 drop-off voters put their ballots in the mail the week before the election, “there is no way the County is done verifying and processing them by 5 p.m. on Friday, which is when they have to stop processing earlies.”

Sen. Judiciary Chairman Eddie Farnsworth (R-Gilbert), said they could amend the bill and set an earlier deadline to mail a ballot back. It isn’t currently a part of SB 1046, but he thinks that potential amendment would accomplish the desire for timely results.

“It could be put in this bill if that’s what we choose to do,” Farnsworth said.

Will It Reduce Turnout?

Farnsworth strenuously disagreed with that analysis, calling it “unfounded speculation.”

A representative from the Secretary of State’s office said the bill would lead to confusion among voters who have come to expect the opportunity to drop off their ballot. In voting against SB 1046, Sen. Andrea Dalessandro (D-Sahuarita) said, “I really feel this is a move for voter suppression.”

Ugenti-Rita denied that charge in her testimony.

“It might save time by reducing turnout. We don't want to do that.”
— Leslie Hoffman,Yavapai County Recorder

Voters barred from dropping off their early ballots would still be allowed to wait in line and vote in person on Election Day. “You would be allowed to vote a regular ballot,” Ugenti-Rita said. “So no one is being denied the right to vote.”

Republicans got the same result, four to three, for another election bill the committee heard, SB 1072. That one would require voter ID at in-person early voting sites. Voter ID is already required on Election Day, something opponents argue disproportionately affects low-income voters and voters of color.

A third bill, SB 1054, passed the committee unanimously. It would require county recorders to let people verify their signatures, i.e. “cure” their ballots, up to the fifth business day after an election. That was a practice only some counties did in the 2018 election.

All three bills are scheduled for the state Senate Rules Committee on Jan. 28.