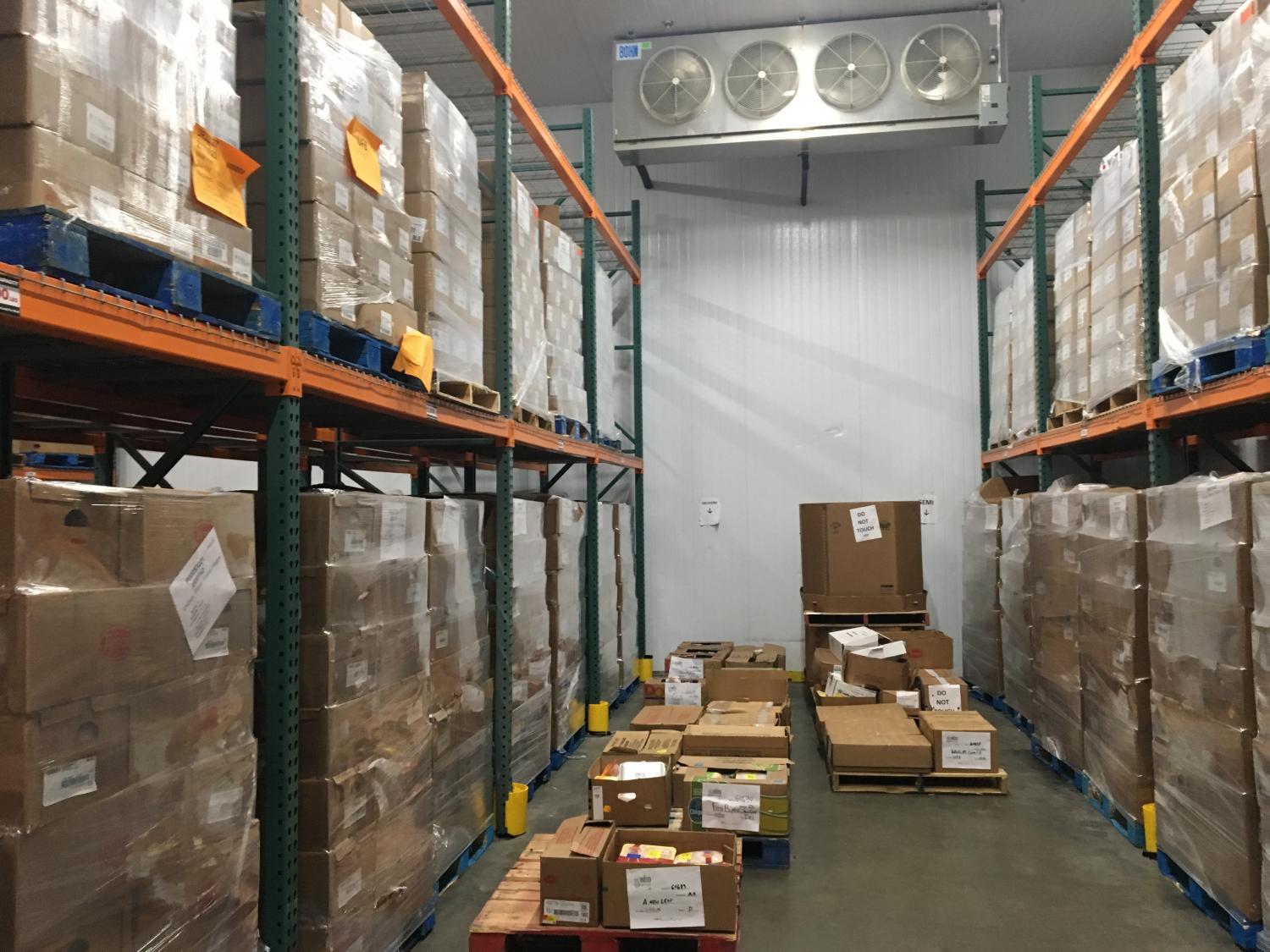 Casey Kuhn/KJZZ
United Food Bank's freezer is packed to the gills with extra food from the president's trade mitigation deal in January 2019.

The government shutdown is temporarily over. Federal workers went a month with no income, making it more difficult for many to put food on the table during that time. And, federal benefits for food came early, forcing families to budget over a longer period than usual. These unexpected needs will affect Arizona in the coming weeks as the uncertainty continues.

United Food Bank’s freezer in Mesa is packed full. There are pallets on the ground. The shelves are stacked with boxes labeled "sliced boneless ham."

And, a label with the U.S. Department of Agriculture (USDA) seal.

“Here where you see the USDA food, that’s the mitigation food,” said United spokesman Tyson Nansel on a short tour.

He showed the trade mitigation food that the federal government bought from farmers last year. That $12 billion bailout came after trade wars with China led to lost markets for food producers.

Arizona food banks are getting 55 truckloads of that food each month until May.

That means the hundreds of pounds of USDA-bought ham sitting in United’s freezer could be distributed to the very federal workers the government didn’t pay for a month.

“The irony is not lost on me, no,” said Angie Rodgers, president and CEO of the Arizona Association of Food Banks.

She said it costs pantries a lot of money to store and deliver all this excess food.

"How do we distribute all of that food in a timely way, particularly perishable items? So we’re struggling with that right now."
— Angie Rodgers, Arizona Association of Food Banks

“And we’re very fortunate in that way, particularly at this time," Rodgers said. "How do we distribute all of that food in a timely way, particularly perishable items? So we’re struggling with that right now.”

Rodgers said they’ve asked the governor’s office to include $1.5 million in the budget to help distribute those extra federal commodities.

United Food Bank president Dave Richins said they’re bracing for the effects of the government shutdown in the coming months.

“We worry about the individual families that are being affected, and we begin to plan how we might help,” he said.

Among those who have been affected are federal workers who haven’t had a salary to budget for food.

Like federal employee Greg Tieman. He’s an engineer technician for the Federal Aviation Administration who came to a mobile food pantry near the airport several weeks into the shutdown to help feed his four children.

“We’ve cut down drastically on everything we eat, and I‘ve had to cut my bills back, and I’m going to owe,” he said. 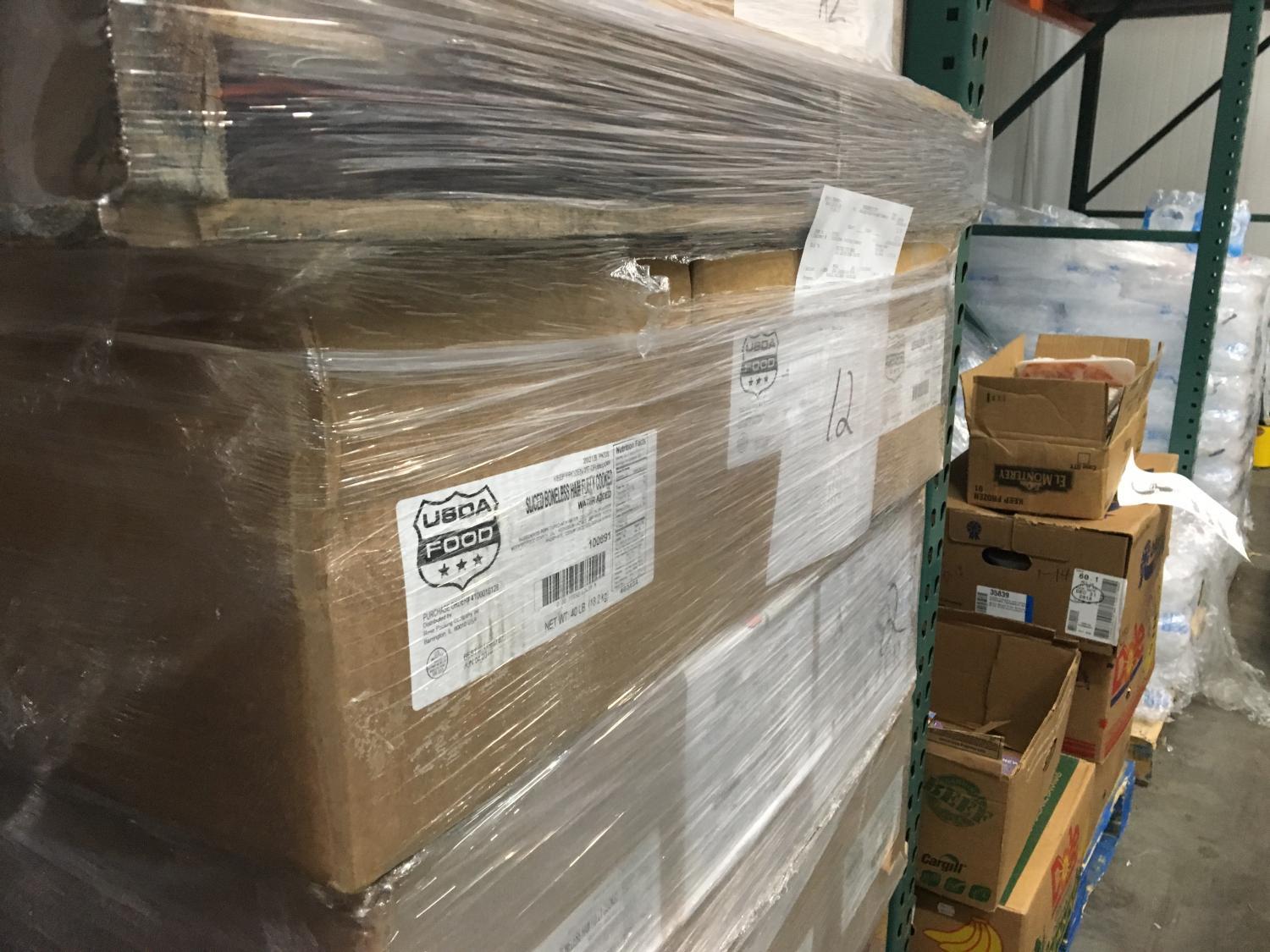 And SNAP benefits, also known as food stamps, could run out for the 850,000 Arizonans who got them early because of the shutdown.

“More concerning is the SNAP benefits," Richins said. "The period of time between now and when those SNAP benefits run out sometime in mid- to late February will be the area where I think we’ll start to see some increases.”

The USDA has been able to fund the food stamps through February. But a report from the liberal Center on Budget and Policy Priorities shows about a quarter of SNAP households across America will have almost three weeks extra to wait for the next month’s benefits.

Rodgers with the food bank association says Arizona families get on average $118 a month.

“How long are families going to be asked to stretch these benefits?” she said.

In Arizona, if the Department of Economic Security keeps the typically staggered schedule based on a person’s last name, some households could wait almost 50 days before their next allotment.

And food banks are already bracing for the influx of need to come.