Phoenix police said Wednesday they have arrested a nurse who allegedly raped a 29-year-old incapacitated woman at the long-term care facility where she's lived for more than two decades — the same facility where that suspect worked. That sexual assault resulted in the birth of a baby.

Through the course of their investigation, Phoenix police obtained DNA evidence from several individuals, including 36-year-old Nathan Sutherland.

"And those individuals worked tirelessly to compare those DNA samples with DNA obtained from the baby."

Sutherland worked as a licensed practical nurse (LPN) at Hacienda Healthcare. Thompson said Sutherland was responsible for providing care to the victim when the sexual assault took place.

“The scientists at the Phoenix Police Crime Laboratory determined the sample obtained from Sutherland matched the baby.”

The woman at the center of this story had been living at Hacienda since she was 3 years old and gave birth to a boy at the facility on Dec. 29.

Employees said they had no idea she was pregnant. Court records say her last known physical was in April. 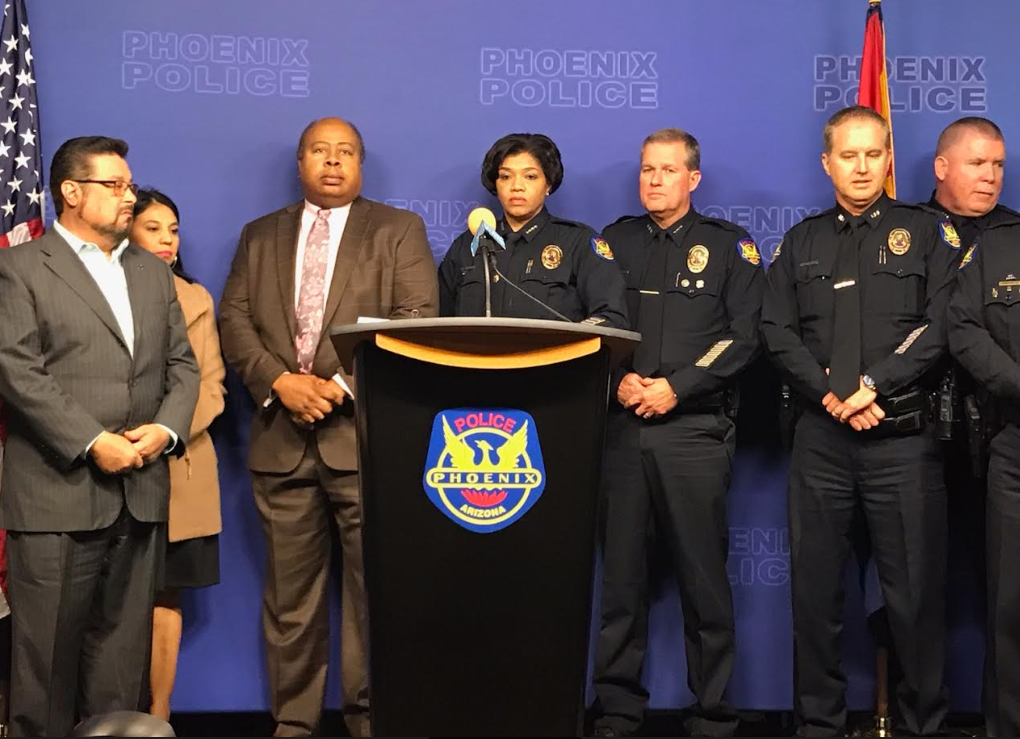 Kathy Ritchie/KJZZ
Phoenix police at a press conference on Jan. 23, 2019.

In a statement, Hacienda said that he underwent an extensive background check, which consisted of an extended criminal history search and a search of government registries, including sex offender registries, as well as personal references. Sutherland was also screened for drugs.

Sutherland made a court appearance on Wednesday along with his attorney. His attorney stated that there was no evidence that Sutherland committed any crime. The attorney acknowledged the DNA, but said Sutherland will have a right to his own DNA expert.