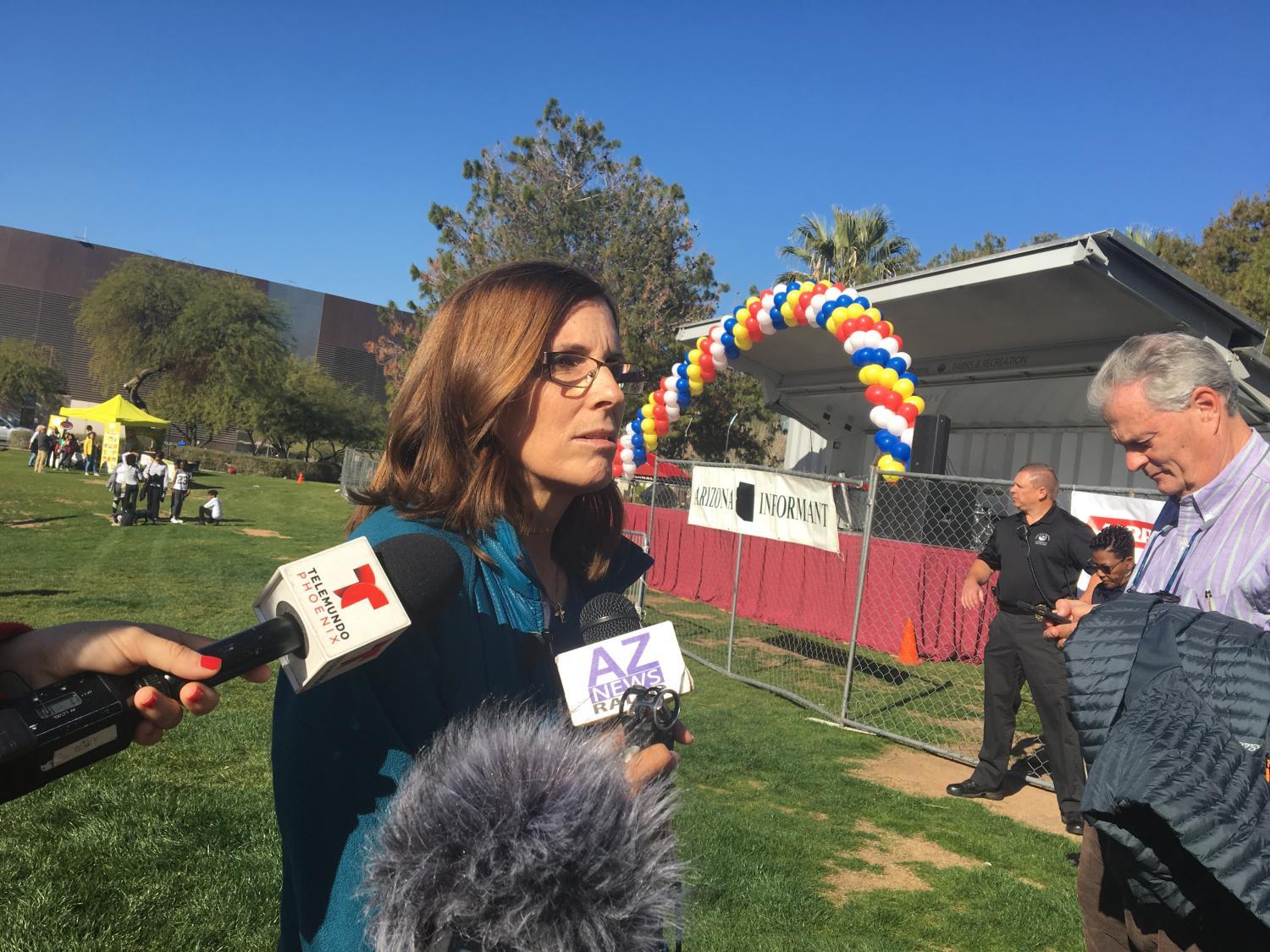 She addressed the crowd at the celebration on the 31st day of the nation’s longest government shutdown.

Speaking to reporters after the march, McSally said she thinks a compromise will be necessary to re-open the government.

Hundreds of thousands of federal workers will soon face a second pay period with no paycheck if the government doesn’t re-open this week.

McSally said she is concerned about the federal workers who face a second pay period with no paycheck if the shutdown continues.

"I’m concerned about everybody who is out there working right now. I’m not getting paid, I had them withhold my pay," she said. "I introduced a bill called ‘Pay Our Protectors Act’ specifically to ensure that those who are out there doing law enforcement jobs right now are getting paid. I’m continuing to try and push that, talking to the White House, see if we can get that across the finish line in the interim as well.”

McSally will visit the border in Nogales and meet with local elected officials before heading back to Washington, D.C. this week for a discussion on the president’s immigration proposal.