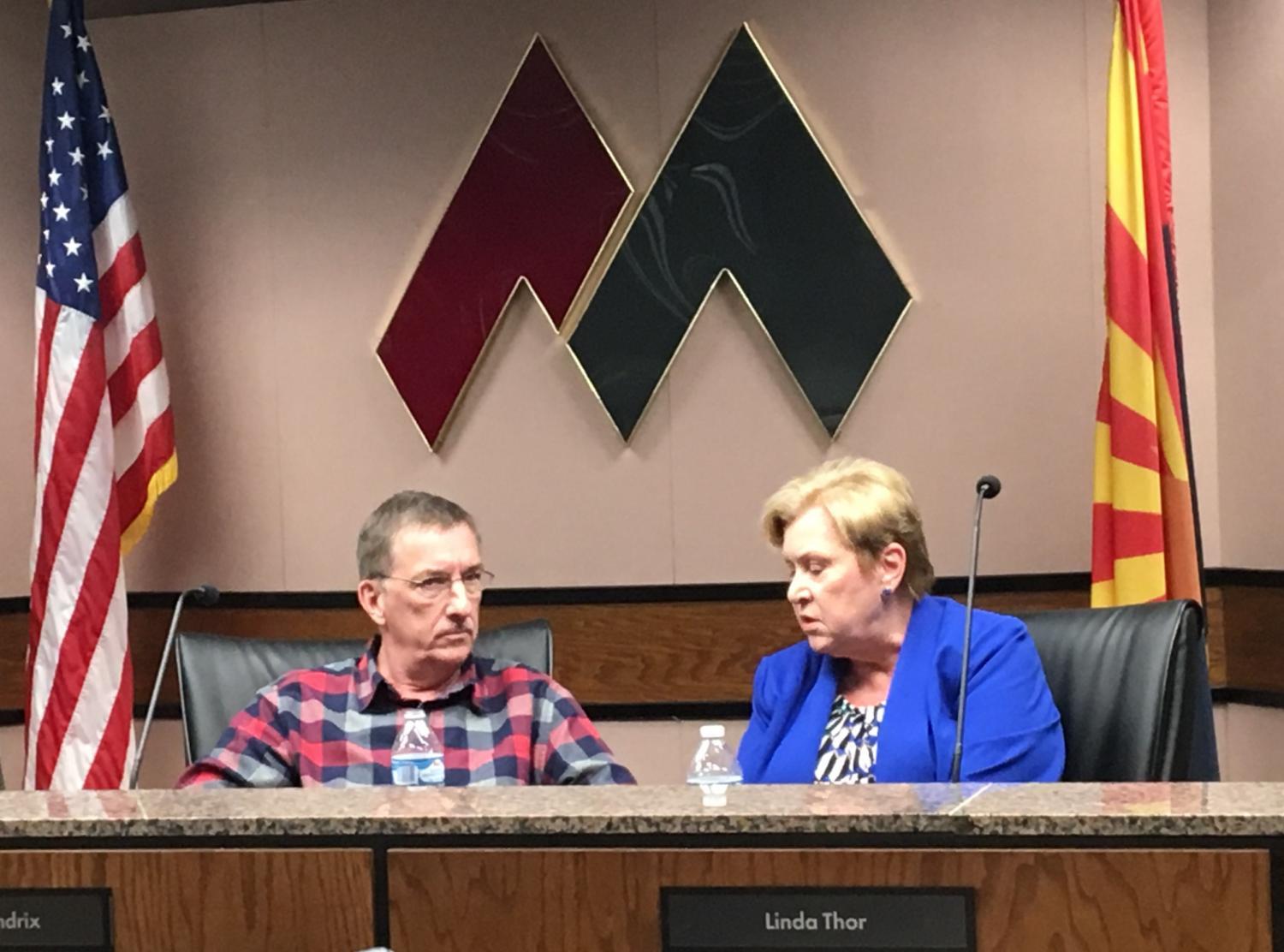 The Maricopa County Community College District governing board has a new president. The board was going to remove the now-former president from his position Tuesday.

That was the plan, at least, until Laurin Hendrix offered to resign as president, effective as soon as the new president was voted in.

.@mcccd special governing board meeting described in the Republic as a "coup" has started. Laurin Hendrix, prez of the board, has resigned effective of the new president being voted in. This effectively kills the item to vote him out of presidency.

“I feel like I’m presiding over my own funeral here,” Hendrix said.

In the tumultuous year and a half that Hendrix was board president, the district ended its football program and a faculty bargaining system known as meet-and-confer.

The board voted Linda Thor, a former college president, as its new leader.

She said the change comes after an accreditor sent a letter to the district saying it would examine board practices in its next evaluation of Gateway College, one of the district’s schools.

“It was a pretty harsh letter, and I read it as basically saying, you got nine months to clean up your act.”

Thor plans to propose changes at the next board meeting on Jan. 22.

“I actually have a long list and will be introducing what I would call a directional resolution for the meeting next Tuesday.”

Thor says that includes addressing how employees and adjunct faculty are represented in decision-making processes.