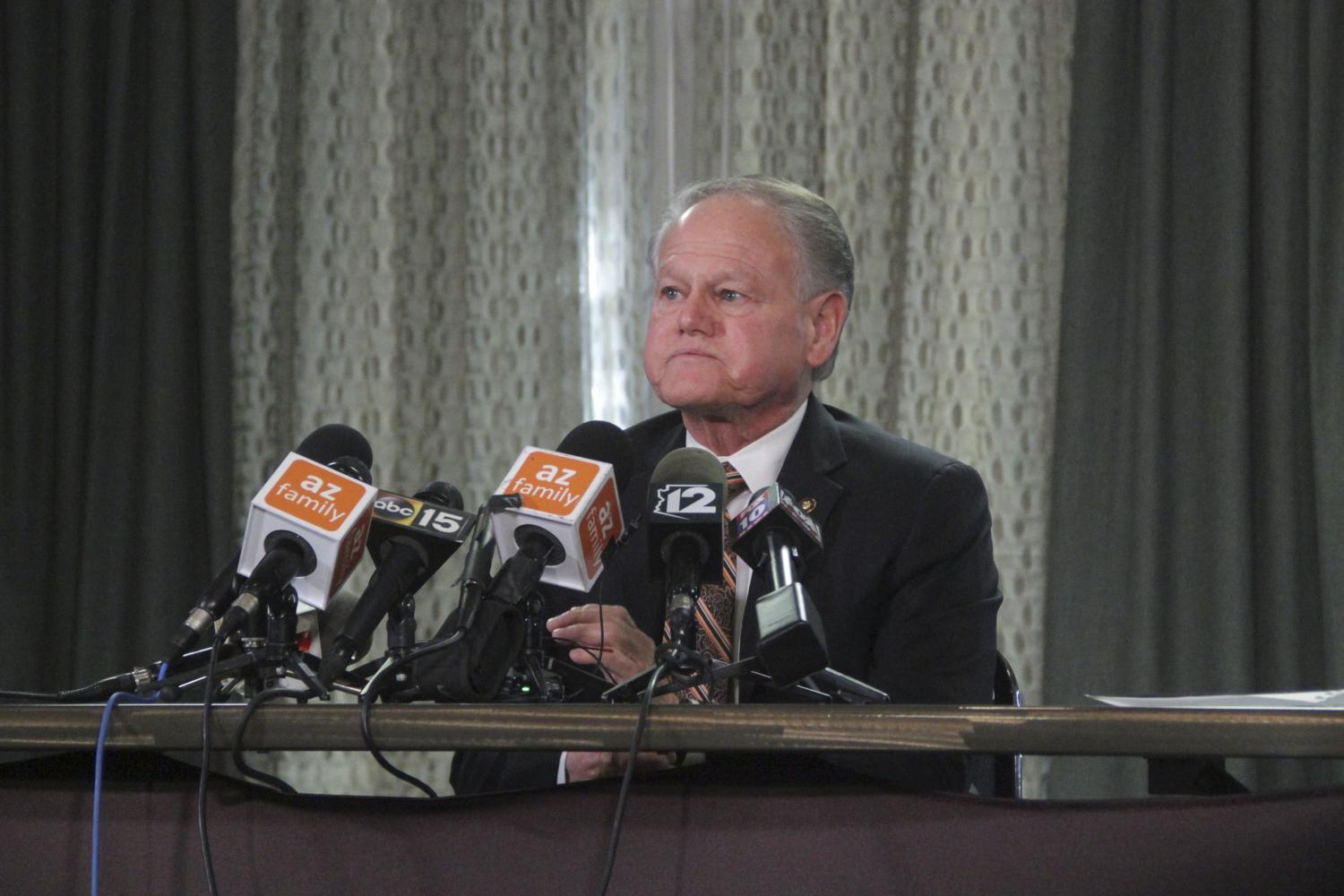 Hacienda HealthCare hired former Maricopa County Attorney Rick Romley to conduct an internal investigation following the rape and subsequent birth of a child to a patient in a vegetative state.

Romley called the incident a “horrendous sexual assault,” at a press conference Monday.

Romley said Hacienda reached out to him on Jan. 6.

“Well truthfully, I wasn’t going to take it,” Romley said. “But then I began to meet some of the leadership and they, they want to fix things.”

The Hacienda Board issued a statement saying “Mr. Romley will have unfettered access to every facet of Hacienda’s business - including all the records related to this matter and all the operational procedures related to the ICF-ID unit.”

Romley has, in the past, participated in several investigations including of financial mismanagement in Pinal County and a data breach at the VA.

“Sometimes there are facts that come out that maybe you don’t want it to be, but they are going to be what they are,” Romley said.

Romley stressed that his investigation is just getting underway.

“I haven’t really gotten into anything yet so I can’t really answer a lot of questions.”

Romley said family of current and former patients are welcome to contact him with concerns. To reach Romley, email David Leibowitz at [email protected]

Here’s What We Know

Hacienda is also hiring a “health-care professional” to aid in the investigation.

I don’t know all of the dynamics around this type of health care issues and I wanted to make sure it was a thorough review,” Romley said.

The internal investigation will focus on protocols, management practices and security at Hacienda.

Romley said his priority is ensuring the welfare and security of patients. Romley said he hopes the investigation will lead to immediate changes at the health care facility.

Romley will be a “liason” between Hacienda and law enforcement

“To ensure that Hacienda cooperates fully in their investigations.” Romley said no information will be obscured from law enforcement.

DNA will have no role in Romley’s investigation.

“I have no authority to get subpoenas, search warrants to be able to take that DNA,” Romley said. “That’s law enforcement’s role.”

Here’s What We Don’t Know

What will be released (and when).

“The openness of what we’re trying to do here I think is absolutely critical if there’s going to be any assurances that things are going to be fixed,” Romley said.

However, it’s Hacienda HealthCare’s board of directors that will ultimately what information is released publicly.

“I would hope that we can get out as much information as possible, but I can’t guarantee everything that I find at this moment will be coming out.”

How much Romley is being paid.

Romley said  he signed a contract with Hacienda Healthcare last Friday for the duration of the investigation. He declined to share the financial details of that contract.

“I’m no longer a government employee, so you’re not going to get that answer,” Romley said.

EDITOR'S NOTE: This story has been updated to correct the medical state of the patient.