Deregulation Of For-Profit Fundraisers In Arizona May Have Been Accidental 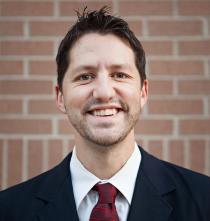 A Scottsdale telemarketing firm and a Texas sheriff’s union were recently called into question for not disclosing their fundraising activities to the state as required by Texas law, as well as not disclosing to donors that more than two-thirds of contributions go to the telemarketer.

KJZZ News recently reported that PFR Promotions LLC also keeps two-thirds of the donations it raises for the Police Officers of Scottsdale Association’s Back-To-School and Christmas Shop With A Cop events every year.

Unlike in Texas, PFR and the Scottsdale police union did abide by similar disclosure requirements in Arizona, according to records obtained by KJZZ from the Arizona Secretary of State’s Office.

But when PFR tried to renew its annual registration last year, the Secretary of State’s office sent it back.

A new law had gone into effect that eliminated almost all regulation of nonprofit fundraising in Arizona — and some of the changes may have been an accident.

“It’s a waste of resources, it’s a hassle for the Secretary of State, for his office, the employees there and also for the charity that has to come down and drive all the way down just to file redundant paperwork,” Boyer said.

Nonprofits that raised money in any given year were previously required to register with the Secretary of State and provide financial reports disclosing fundraising activities.

The groups often satisfied the financial reporting requirements by filing copies of their annual federal tax returns. But the state didn’t verify the information, and with tax records now easily found online, Boyer said it was a pointless law, so he got rid of it.

However, Boyer’s bill also eliminated reporting requirements for contracted fundraisers such as PFR.

Contracted fundraisers also no longer are required to be bonded, nor do they have to disclose to potential donors who they really are.

Boyer seemed surprised when KJZZ brought this up. When asked if this was maybe an accident, an oversight, he said, “It could’ve been.”

He said he never intended to remove regulation of contracted fundraisers, and plans to look into what happened.

Patrick McWhortor, president and CEO of the Alliance of Arizona Nonprofits, said the bill was poorly drafted, and people were surprised by his opposition.

“They’d say, ’Geez whiz, wasn’t this a burdensome regulation on your members?’ And I said ‘No it was not burdensome, it was pretty straightforward,’” McWhortor said.

He agreed the law was outdated, but removing it completely was not the answer.

“We were claiming, and still do, that being one of the few states that does not have any kind of regulation for fundraising, would make us a haven for fundraising scams,” McWhortor said.

While the old law didn’t necessarily stop bad actors, he said it was an extra tool for state prosecutors when going after them.

“There have been times when the Attorney General, which might pursue fundraising fraud, this was one more tool for them to be able to either find the organization or find the individuals or use it against them,” McWhortor said. “It was like a prosecutorial tool for them.”