Arizona’s drug overdose crisis shows no sign of slowing. Yet like much of the country, there are not enough doctors in the state who are trained to treat addiction.

That is beginning to change, though.

For the first time, Arizona will have a path for aspiring addiction doctors to become specialists in their field through fellowship training.

The two newly approved fellowship programs are expected to offer a pipeline of talented and highly trained addiction doctors — people like Hillary Tamar. 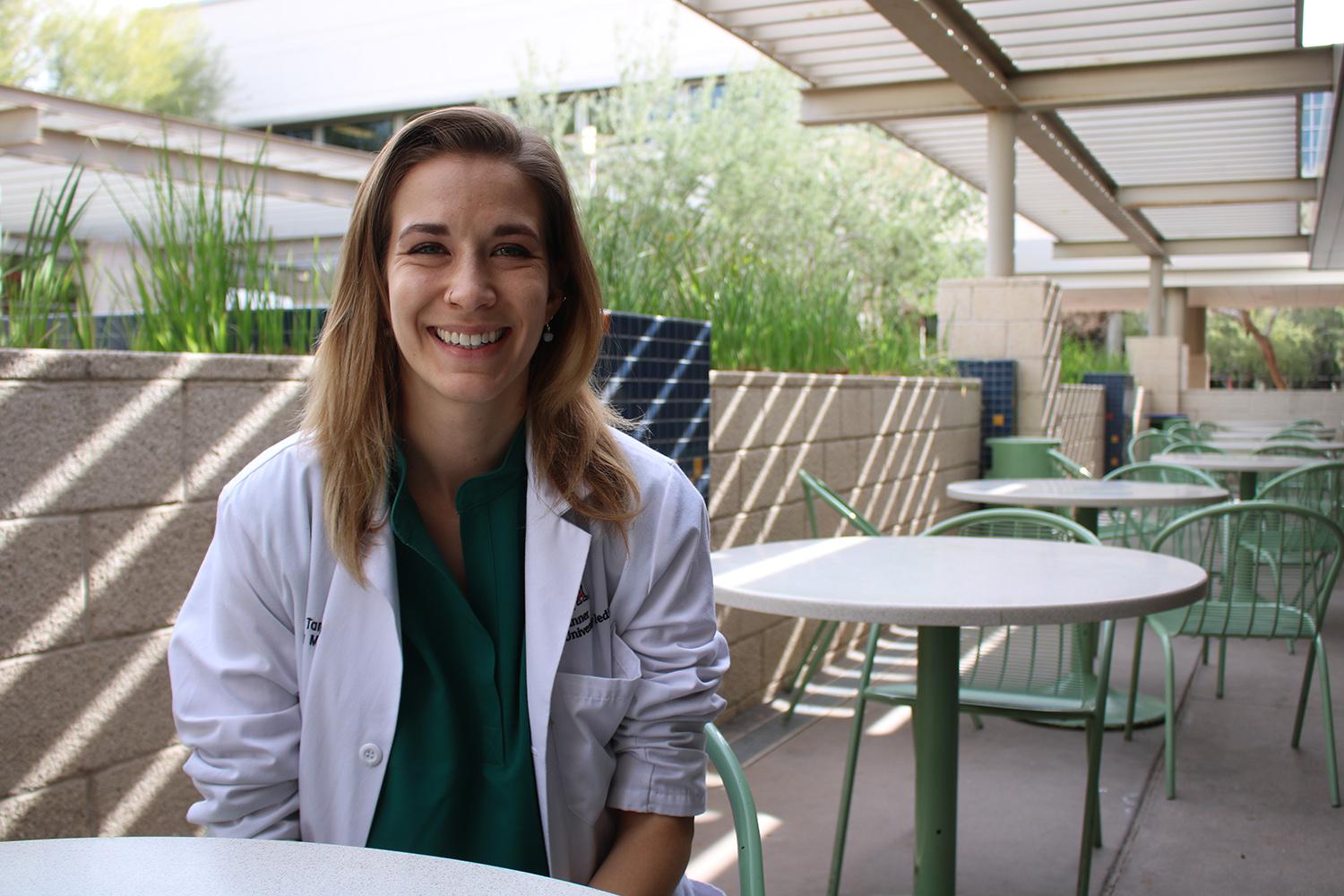 Jackie Hai/KJZZ
Hillary Tamar, who's in the second year of her family medicine residency, is part of a new generation of doctors who are committed to treating addiction.

A New Generation Of Addiction Doctors

Tamar wasn’t thinking about addiction medicine when she started medical school. Her early experiences did not encourage her to pursue the specialty, either.

“As a medical student, honestly, you do your ER rotation, people label a patient as pain seeking and it’s bad,” Tamar said. “And that’s all you do about it.”

But in her fourth year of medical school, she did another rotation and just happened to be assigned to a rehab facility in southern Arizona.

Working with patients there transformed Tamar’s understanding of addiction and showed her the potential for doctors to change lives.

“They can go from spending all their time pursuing the acquisition of a substance to being brothers, sisters, daughters, fathers making breakfast for their kids again. It’s really powerful,” she said.

Tamar is now in the next stage of her medical career — a residency in family medicine in Phoenix, Arizona. When she’s done, she’ll apply to fellowships in addiction medicine, which is essentially an extra year of specialized training after residency.

Like primary care, she sees addiction medicine as a way to build lasting relationships with patients, focused on more than just a single diagnosis.

“I love when I see addiction patients on my schedule, even if they’re pregnant and on meth,” Tamar said. “More room to do good, it’s exciting.”

Build It, They Will Come

The U.S. Surgeon General has estimated 21 million people struggle with addiction, and the supply of doctors has not kept pace with the crisis.

Dr. Luke Peterson had to leave Arizona in order to pursue a fellowship in addiction medicine.

“I really needed to do a fellowship if I was going to make an impact and be able to teach others to make the same impact,” Peterson said.

But Peterson decided to come back to Arizona once he finished his program.

A family and addiction physician, Peterson helped found the new fellowship based at the University of Arizona College of Medicine - Phoenix, Banner - University Medical Center and the Phoenix VA Health Care System.

The other new addiction medicine fellowship is a partnership between Honor Health and Community Bridges.

"I love when I see addiction patients on my schedule, even if they’re pregnant and on meth. More room to do good, it’s exciting"
— Hillary Tamar

Peterson said not every doctor who plans to treat substance use disorder needs to do a fellowship. In fact, his goal is to integrate addiction medicine into primary care settings, but fellowships create a “hub,” a resource for doctors in the community who want to treat addiction. That can include training for medication assisted treatment like buprenorphine.

“As we provide more education and more support to primary care physicians, they will feel more comfortable screening and treating for addiction,” Peterson said.

Peterson reflects on his own journey into addiction medicine, which began during a rotation with a family doctor in rural Illinois.

“In moments that most doctors find uncomfortable, maybe a patient comes in to request pain medication and you’re seeing the negative side effects, he did not shy away from that situation,” Peterson said. “He addressed it head on.”

It was a formative experience for Peterson, one he wants other young doctors to have. And he recognizes the urgency.

“In 20 or 30 years from now, those medical students are going to look back at my current generation of doctors, and we will be judged with how we responded to this epidemic,” Peterson said.

He said the same way his generation looked back at how doctors handled the HIV epidemic.

Those with a long history in the field like Dr. Anna Lembke feel optimistic about the new cohort of addiction doctors.

Lembke is medical director of Addiction Medicine at the Stanford University School of Medicine.

“Even ten years ago, I couldn’t find a medical student or resident interested in learning about addiction medicine if I looked under a rock.” Lembke said. “They were just not out there.”

“At least the medical community has begun to wake up to consider not only their role in triggering this opioid epidemic, but also the ways they need to step up to solve the problem,” she said.

Historically, the path to addiction medicine was primarily through psychiatry.

The American Board of Medical Specialties (ABMS) — considered the gold standard in physician certification — recognized addiction medicine as a bona fide subspecialty and that opened up the training to physicians from many other medical fields.

Until then, Lembke said there was no way to get accreditation for addiction fellowships, which made recruiting young talent even more difficult.

There are now nearly sixty such fellowships for addiction medicine in the U.S.

“We have got an enormous gap between the need and the doctors available to provide that treatment,” Lembke said. “The opioid epidemic makes it painfully apparent.”

Still, Lembke is heartened by the social justice warriors she sees in this next wave of physicians. 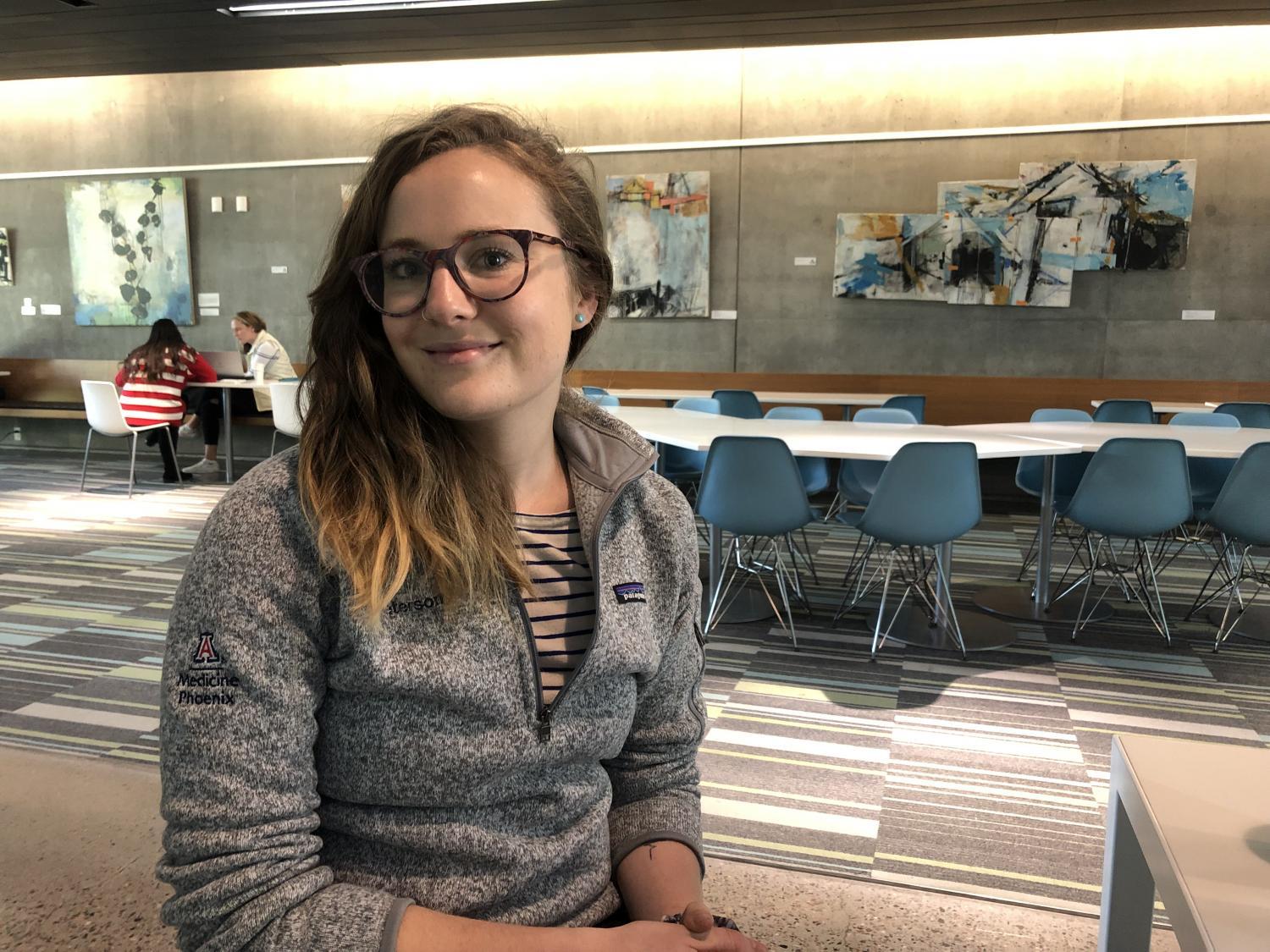 Will Stone/KJZZ
Michelle Peterson is only in her first year at the University of Arizona College of Medicine, but she already feels a calling for addiction medicine.

Peterson is in her first year at the University of Arizona College of Medicine and became interested in addiction after working at an outpatient treatment center.

“It seems like kind of a difficult subject to a lot of people, but people are really happy and they are making progress in their lives.” Peterson said. “It’s a really supportive, awesome atmosphere.”

Peterson is already learning about addiction in her classes, hearing from doctors in the field and seeing others classmates equally engaged.

“It’s definitely not just me,” Peterson said. “There are quite a few people here that are really interested in addiction.”

It’s a trend she and many doctors hope continues.