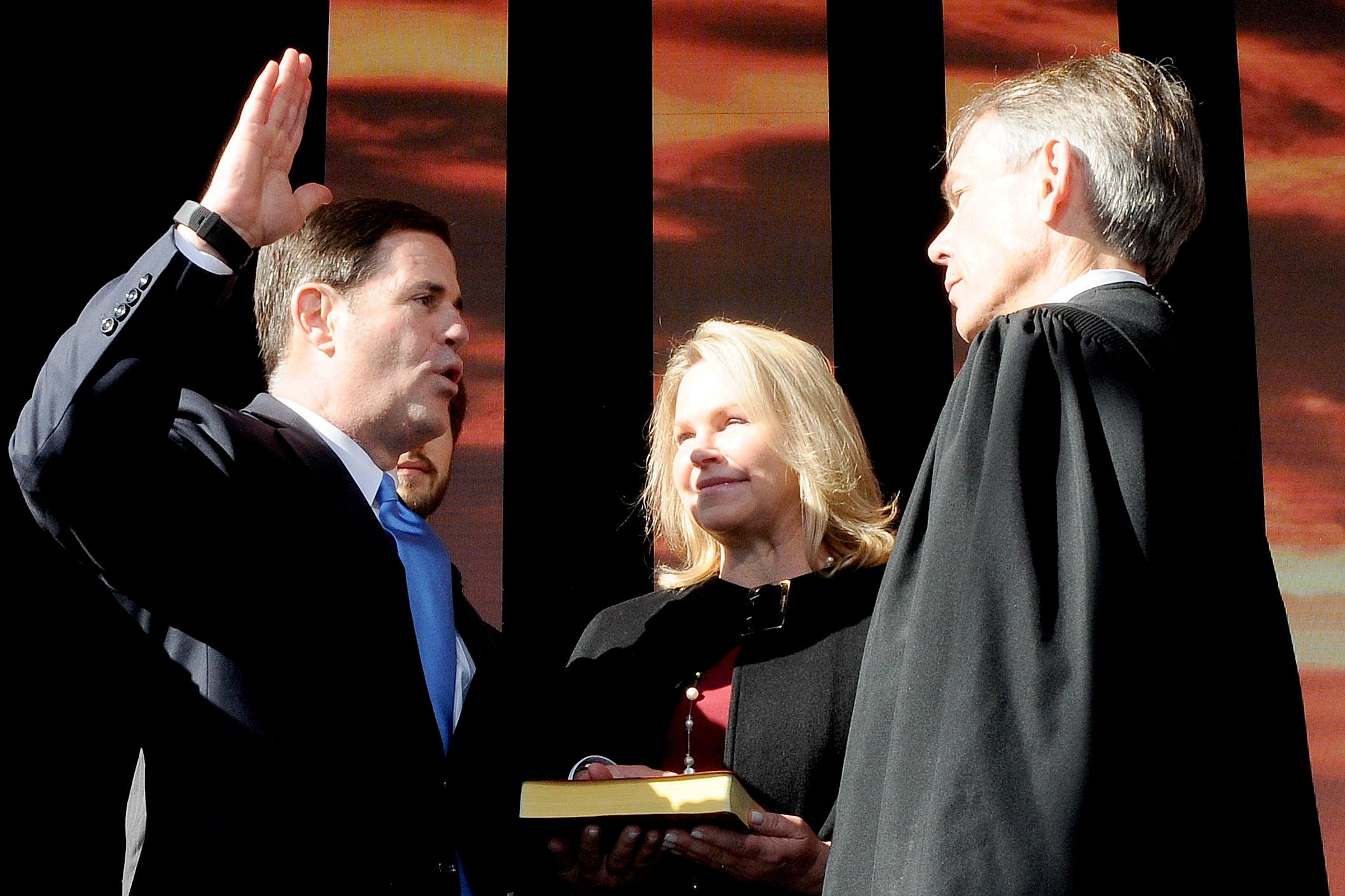 Monday was inauguration day in Arizona. Six statewide officials took the oath of office and officially begin their four-year terms.

And, unlike the past several years, two of those statewide elected officials are Democrats.

To talk about the festivities, Howard Fischer of Capitol Media Services joined The Show.

The Show also checked in with Bret Jaspers, who was at the state Capitol.