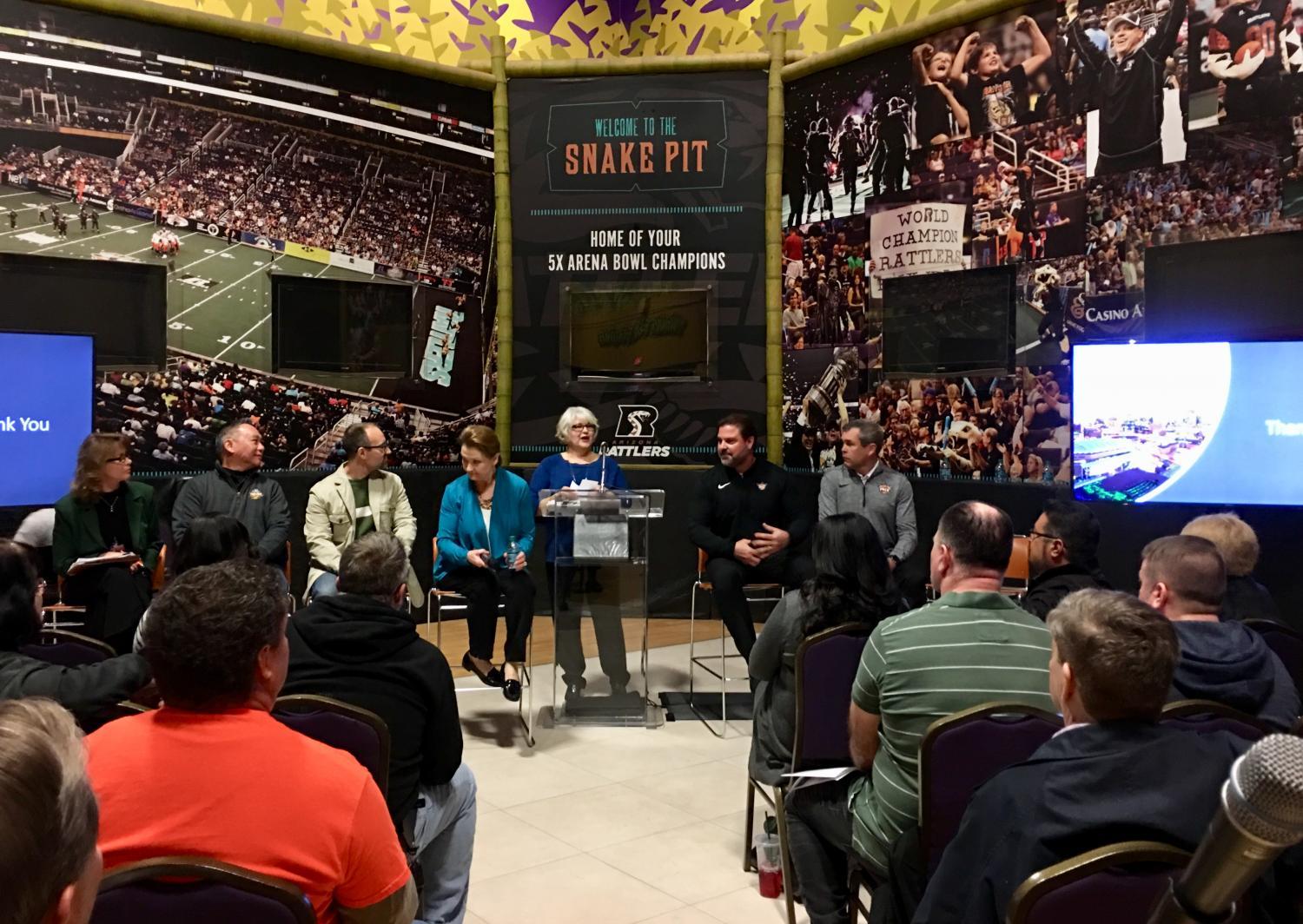 Christina Estes/KJZZ
A panel of city employees and Phoenix Suns' representatives answered questions from the public during a meeting at Talking Stick Resort Arena on Jan. 5, 2019.

The city of Phoenix held its first meeting Saturday to gather public input on its proposed deal  with the Suns to renovate the Talking Stick Resort Arena.

Inside the city-owned arena, staff laid out the building’s history and basic terms of the $230 million proposal. Then public comments and questions kicked in. A few focused on what’s called an ‘obsolescence clause’ in the current contract. Starting July 1st, the Suns could trigger an arbitration process to determine if the arena no longer functions the way it was intended when it opened in 1992.

Jeremy Legg, special projects manager with the city, explained why Phoenix wants to avoid having an outside panel create a list of needed renovations.

“Under the terms of the agreement, through that binding arbitration, the city would have to fund 100 percent of it as opposed to bringing in the $80 million from the Suns, plus covering any cost overruns,” he said. “Other terms wouldn’t change. There would be no ability to increase the rent that they’re paying.”

Legg said the obsolescence process exposes the city to a great deal of risk and could actually end up costing more and generating less revenue.

The proposal calls for Phoenix to contribute $150 million upfront. While the money would come from the city’s sports facilities fund, comprised primarily from taxes on rental cars and hotel rooms, Phoenix would have to come up with a way to finance the $150 million and that would include paying an unknown amount of interest. The best estimate at this time is that Phoenix will finance its costs through bonds paying between 5.5 and 6 percent interest over an 18-year period. 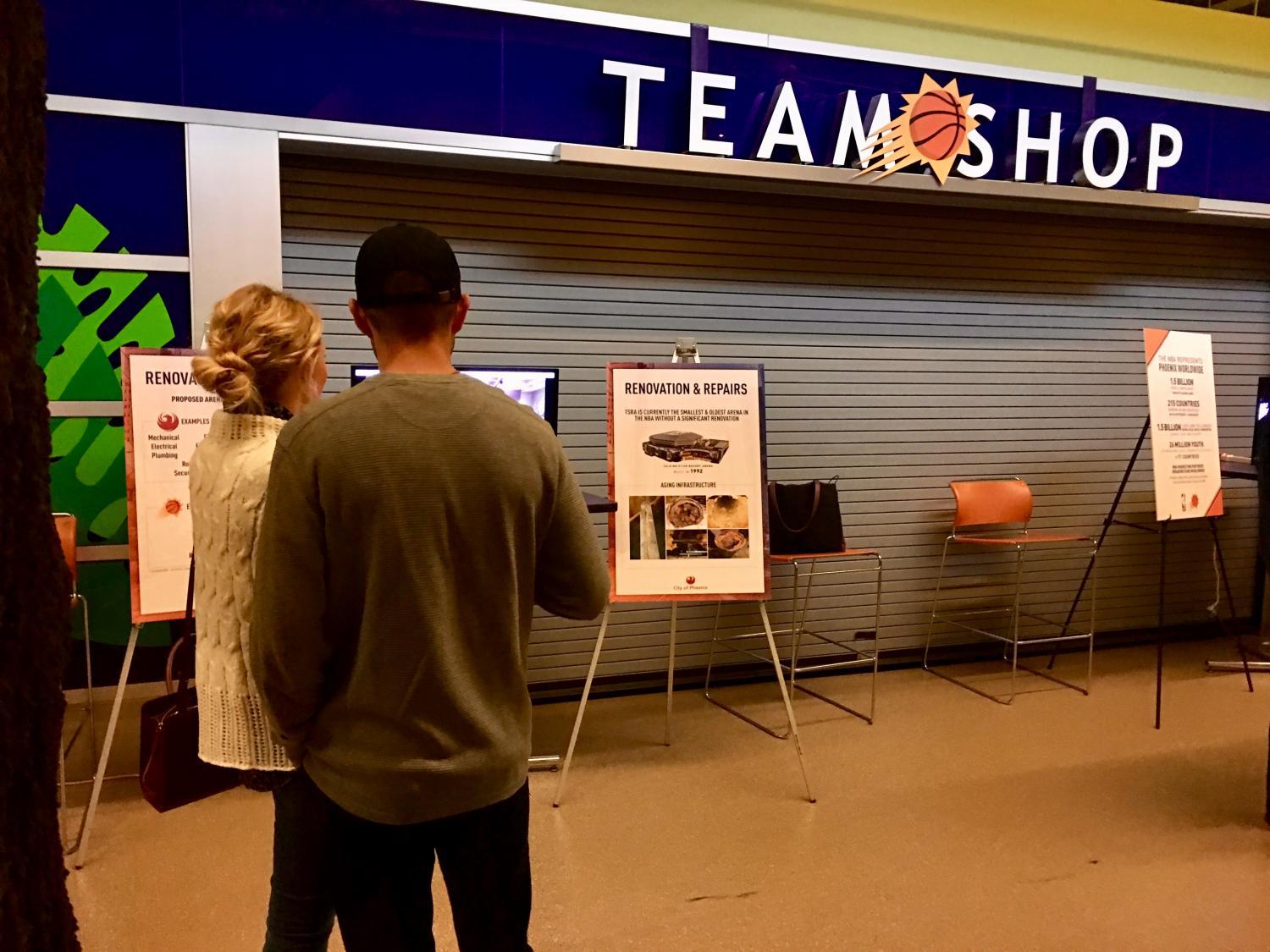 Opponents said the money could be better spent on supporting city services and infrastructure like more police officers and street repairs. Supporters said the deal is a good one because the city, as the building’s landlord, will have to eventually make repairs and renovations.

Four more public hearings will be held Monday through Thursday and the city council is expected to vote on the deal on Jan. 23.

In addition to the public meetings, residents can leave comments by calling 602-262-7177 or emailing [email protected].

According to the city’s website, “... when you submit an email it falls under the city's policy which states that the email message is: (1) subject to public disclosure under the Public Records Law, (2) is not private or confidential and (3) is retained for 90 days.”