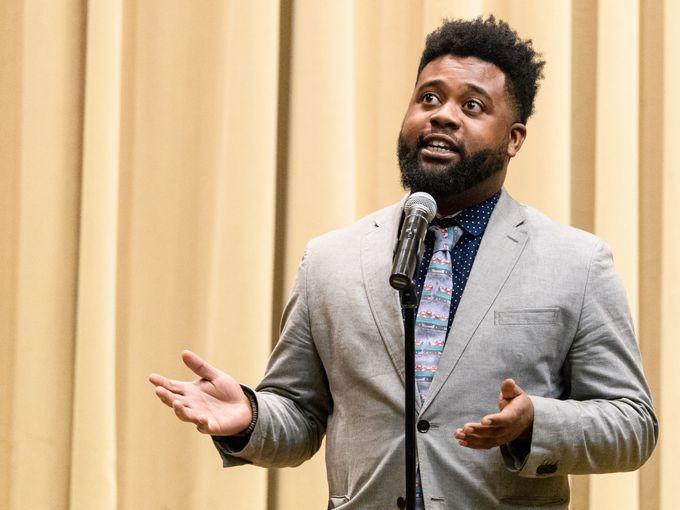 Carlos Salcedo/Arizona Republic
Evan Roberts shares his story at the Arizona Biltmore in Phoenix on Dec. 20, 2017.

Evan Roberts was a music major and performer in college.

For two years, he was cast in his college's "Holiday Spectacular" and it was a big deal. Elaborate costumes, dancing, singing -- it was the most Christmassy thing in small-town Ohio, as Roberts puts it.

In his junior year, Roberts was tired and didn’t really want to be in the show again. But he still auditioned in order to fulfill his scholarship requirements. And to his delight, Roberts was cast as a what they call a "pit singer" in that year’s holiday spectacular.