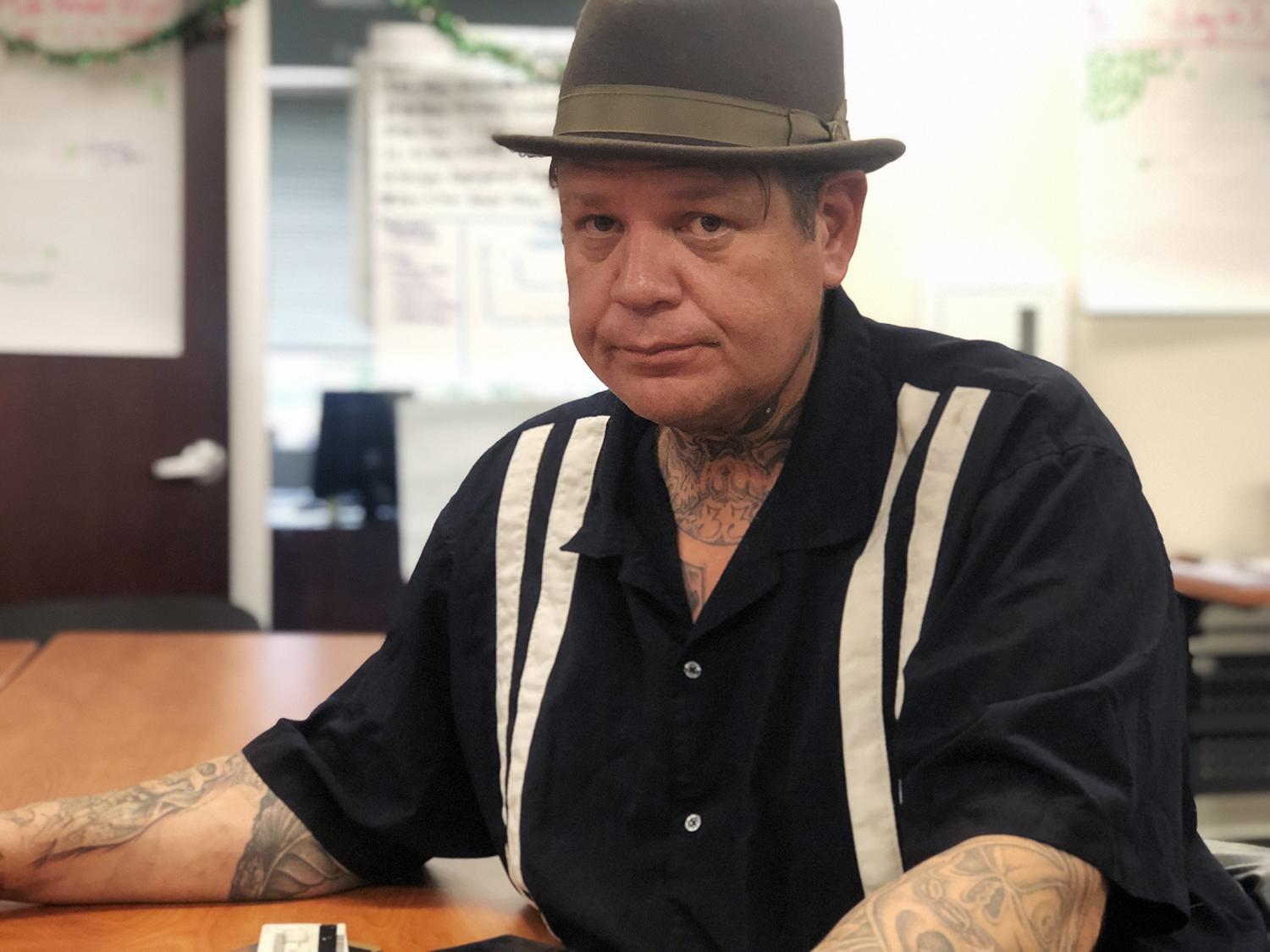 Will Stone/KJZZ
Adam Wanko had begun using medical marijuana as a last resort for managing the side effects of treatment for his cancer, stage 4 squamous cell carcinoma.

Adam Wanko didn’t hide his marijuana from the officer who pulled him over.

He was making a trip north from Phoenix last year and driving with a suspended license.

He handed the officer his Arizona medical marijuana card.

“I knew that he was going to want to see that,” he said.

The officer informed Wanko his car would be towed because of the status of his license. As he searched through Wanko’s belongings, he turned his attention to a black cosmetic container in the center console with a small lump of honey-colored wax.

“That my training and experience led me to believe was marijuana or cannabis oil” the Department of Public Safety trooper later recounted in his report about the traffic stop near Camp Verde, Arizona.

Wanko confirmed it was cannabis oil and explained he had picked it up from a medical marijuana dispensary.

“When he came back, he informed me that he was going to arrest me for possession of a narcotic,” Wanko said. “I thought he was joking at first, but he never said just kidding.”

Instead, he booked Wanko into county jail on felony drug charges.

For Wanko, the situation quickly changed from baffling to terrifying.

Yavapai County Superior Court
In part of the charging documents, Wanko wrote under "other circumstances" that he was "currently going through treatment for cancer radiation/chemotherapy."

Wanko was undergoing treatment for squamous cell carcinoma, a form of cancer that had spread from his tonsil to his throat. His driver’s license photo shows a large lump protruding from his neck. The cancer had progressed to stage 4 by the time Wanko began treatment in 2016.

He had started using medical marijuana like the wax as a last resort for managing the side effects after having no success with other medications.

“I don’t know if I’d be alive right now if I didn’t have it,” Wanko said. “My doctor was going to cut me off of the treatment because I lost 80 lbs over a period of weeks and I was emaciated."

He had stopped working because of his illness and couldn’t afford the $2,500 for his release.

As the days went by, he worried he might never get out.

“I wasn’t able to see my doctor or go to my treatments. My dose of chemotherapy took three days to administer to me and I did it once every three weeks,” he said.

“I was telling them, ‘Look, I’ve got this condition, you know.’ But they weren’t sympathetic toward that.”

About two weeks later, a friend discovered he was in jail and managed to get Wanko released.

Another place in Arizona, that bit of cannabis wax may never have landed him in jail.

But Wanko had unknowingly strayed into one of the ZIP codes where that product — sold in nearly every dispensary under the guidance of the Arizona Department of Health Services — is deemed a narcotic, illegal even for patients with valid medical marijuana cards. 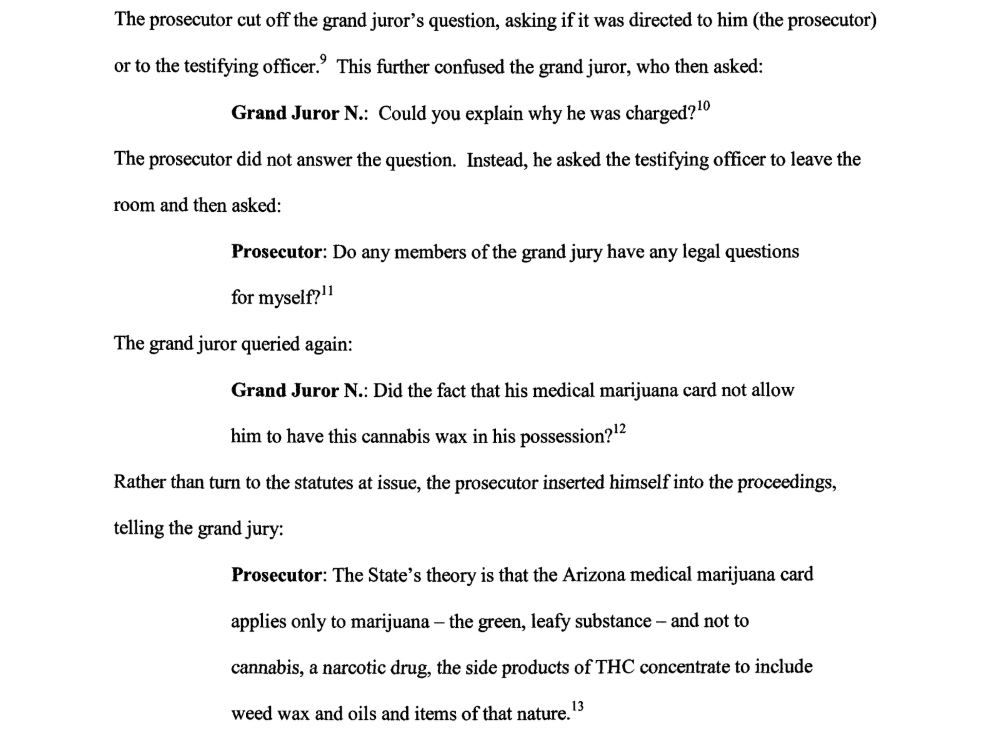 “It just doesn’t make sense for the government to OK selling it to the population, and then arrest me for having it. That means when I am convicted that the health department is OK’ing the sale of narcotics to the populace,” Wanko said.

This dilemma has gone on for years in Arizona without any clear resolution. It centers on a disagreement over whether the state’s voter approved medical marijuana law includes cannabis extracts, which go into everything from edibles to vape pens.

Prosecutors and judges have taken different stances on the question since Arizona legalized medical marijuana in 2010.

But this summer the state’s second highest court upheld the conviction of another Arizona medical marijuana patient, Rodney Jones, who went to prison for cannabis oil he had obtained from a dispensary.

The ruling startled patients and dispensary owners, and brought new urgency to resolving the legal dispute.

The county’s top prosecutor, Sheila Polk, is one of the state’s most vocal opponents of marijuana. Polk maintains that Arizona voters never intended to legalize cannabis oil and other products with high concentrations of THC.

“This case affirmed the way cannabis has always been treated in this county by my office, which is that it’s a narcotic drug,” Polk said in September.

The Arizona Supreme Court is now reviewing the case.

“This case affirmed the way cannabis has always been treated in this county by my office, which is that it’s a narcotic drug."
— Yavapai County Attorney Sheila Polk

In a surprise move, Arizona Attorney General Mark Brnovich recently backed out of the case and withdrew his office’s previous arguments in favor of prosecuting patients with cannabis oil.

Polk is now representing the state, and what the court decides may determine whether other patients ultimately go to prison.

Adam Wanko has no wiggle room, either. He already has several drug-related felonies on his record and has been to prison before.

His presumptive sentence is 10 years for the cannabis oil charges.

As a public defender in Yavapai County, Jared Keenan used to represent people in Wanko’s situation

“They are going after those least able to fight back: indigent, poor, criminal defendants," he said.

Keenan now works for the American Civil Liberties Union — one of the groups hoping the Arizona Supreme Court will strike down the lower court ruling and exonerate patients like Wanko.

Keenan said Arizona’s medical marijuana law clearly includes these products and patients shouldn’t be prosecuted because of the state’s conflicting positions on the law:

“At the time that they [patients] possessed this cannabis, they would have had no indication whatsoever that this is illegal.”

Patients aren’t the only ones confused.

After Wanko’s arrest, several jurors repeatedly tried to clarify the laws in play and why he was charged.

Court records show members of Wanko’s grand jury questioning the prosecutor from the Yavapai County Attorney’s Office, who later claimed dispensaries — the very ones regulated by the state — were illegally selling the product. 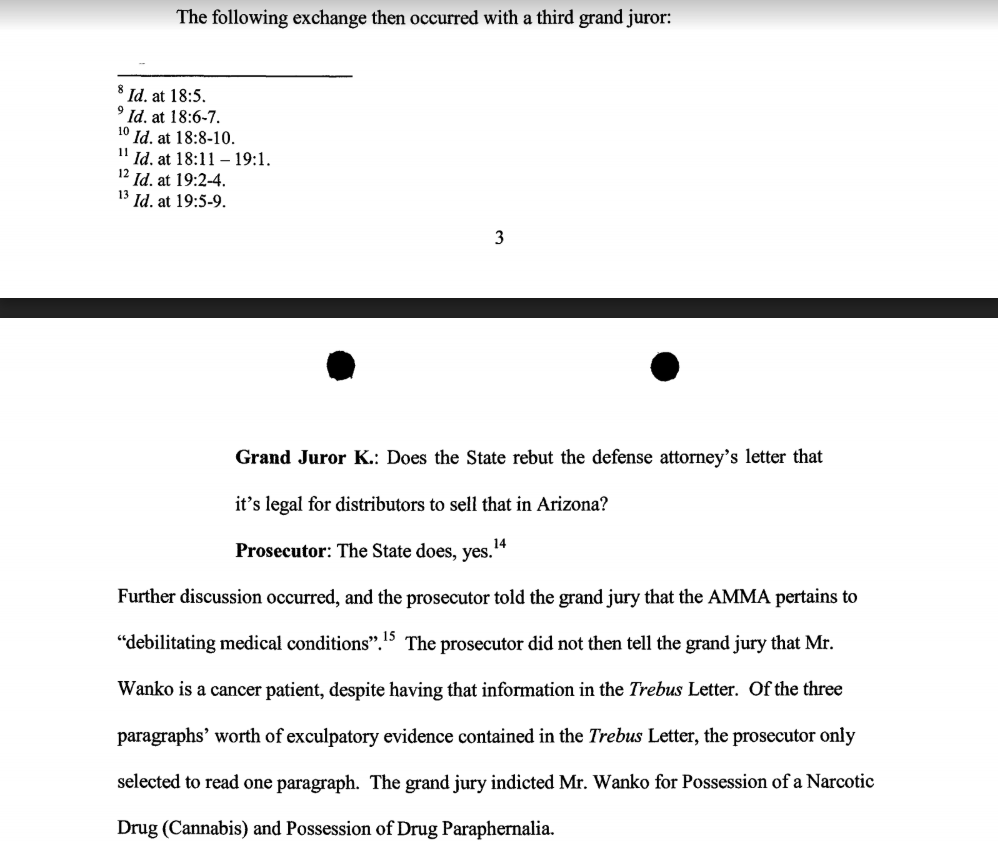 “This isn’t like a misunderstanding about a tax form,” Wanko said. “This is like a medical condition I was dealing with to save my life.”

Wanko is still fighting the case, but he said it’s hard to stay optimistic.

Not that long ago, he was so worried he almost took a plea deal — two and a half years in prison.

Wanko said he never intended to be a martyr for medical marijuana.

He just knows it helped him hold on.