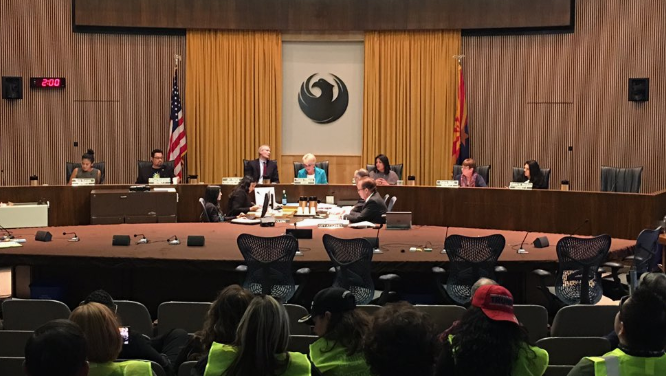 Christina Estes/KJZZ
Phoenix City Council at their meeting on Dec. 12, 2018.

The increase would have been split over two years and the city said the average customer would have paid about $2 more a month.  But the City Council voted 5-3 against the hike.

Phoenix Mayor Thelda Williams said she would revisit the issue.

The Water Services Department said the money was needed to fix and replace aging systems and build the infrastructure to deal with shortages on the Colorado River.

The state and region have been focusing on a drought plan as water access is expected to take a hit as levels in Lake Mead continue to drop.