Western Arizona Tribe: We Can Help With Drought Plan 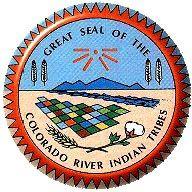 A Native American tribe in western Arizona is offering the state water to help shore up Lake Mead. It would be 50,000 acre-feet of water each year for three years, starting in 2020.

An acre foot is enough water to cover an acre of land with a foot of water, or 325,851 gallons.

In exchange for the water, the Colorado River Indian Tribes in Parker, Arizona, is asking for $250 per acre-foot. That totals $37.5 million spread over three years.

The CRIT would fallow farmland in order to conserve the water on Lake Mead.

“It’s gonna sit up in Lake Mead [because] we don’t have the authority — none of the mainstem tribes on the Colorado River have the authority to transfer water,” said CRIT Chairman Dennis Patch. “That has to take a Congressional act and that’s what we’re asking for, too.”

Securing congressional legislation to lease or sell water, however, is difficult and more of a longer-term goal of the CRIT.

Patch said this proposal will help with the so-called Drought Contingency Plan, an expanded plan to cut back on water deliveries to deal with shortage. A shortage declaration from the Bureau of Reclamation is more likely than not in 2020. Patch said CRIT water that stays on the Lake could free up other water for mitigation of other users facing cutbacks, like Pinal County farmers.

Chairman Dennis Patch said his Tribe’s high priority water rights means it can help the state in the DCP process.

“Arizona can have what it needs and we can have our needs met too,” Patch said. “Everyone wants [long] economic sustainability and the Tribes are no different.”

Water stakeholders in Arizona are staring down a deadline to ink an internal deal before it can sign a finalized DCP with the six other Colorado River basin states and Mexico.