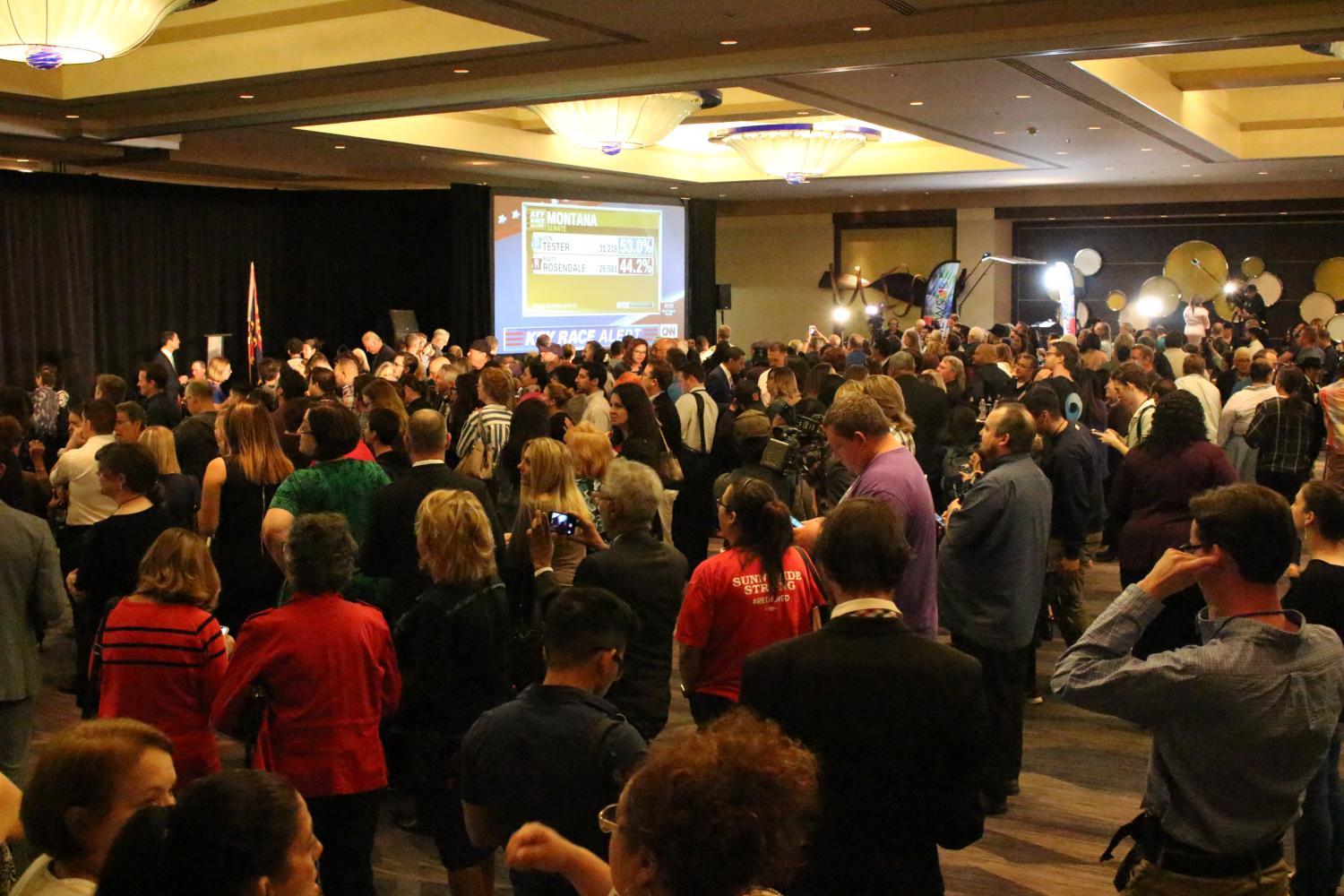 Bret Jaspers/KJZZ
Democrats watch the returns come in from downtown Phoenix on Nov. 6, 2018.

More than 2 million Arizonans voted in the recent election and some counties have already broken records for the number of ballots cast in a midterm. But on election night, there was at least one resident of Phoenix who was surprised there weren’t more voters.

Nancy Shereni is a marketing manager and came to the Valley to study at ASU’s Thunderbird School of Global Management. She grew up in Zimbabwe and, on Tuesday, was at the Democratic Party’s celebration downtown.

“I wish I could have all this, like, availability and resources,” she said as she took in all the civic festivity. She mentioned absentee ballots as a resource she wished she could utilize.

Zimbabwe has a long history of authoritarianism. Shereni calls the presidential contests there “corrupt.”

Shereni was at the Democrats’ shindig with friends, whom she acknowledges are engaged. But it’s a huge shock to her that many Americans she meets don’t make the effort to learn about political candidates — a common explanation she hears from people for why people don’t vote.

“It completely surprises me because there’s so much power given to citizens to vote, they’re encouraged to vote. They’re listened to when they vote,” she said. “For me, I mean it’s completely surprising you wouldn’t take the time to research to learn about these people to just know.”

Zimbabwe’s president Emmerson Mnangagwa won his race in July, although the results were disputed and post-election protests led to six deaths. Mnangagwa is in the same party as longtime dictator Robert Mugabe, who the military forced out last year.