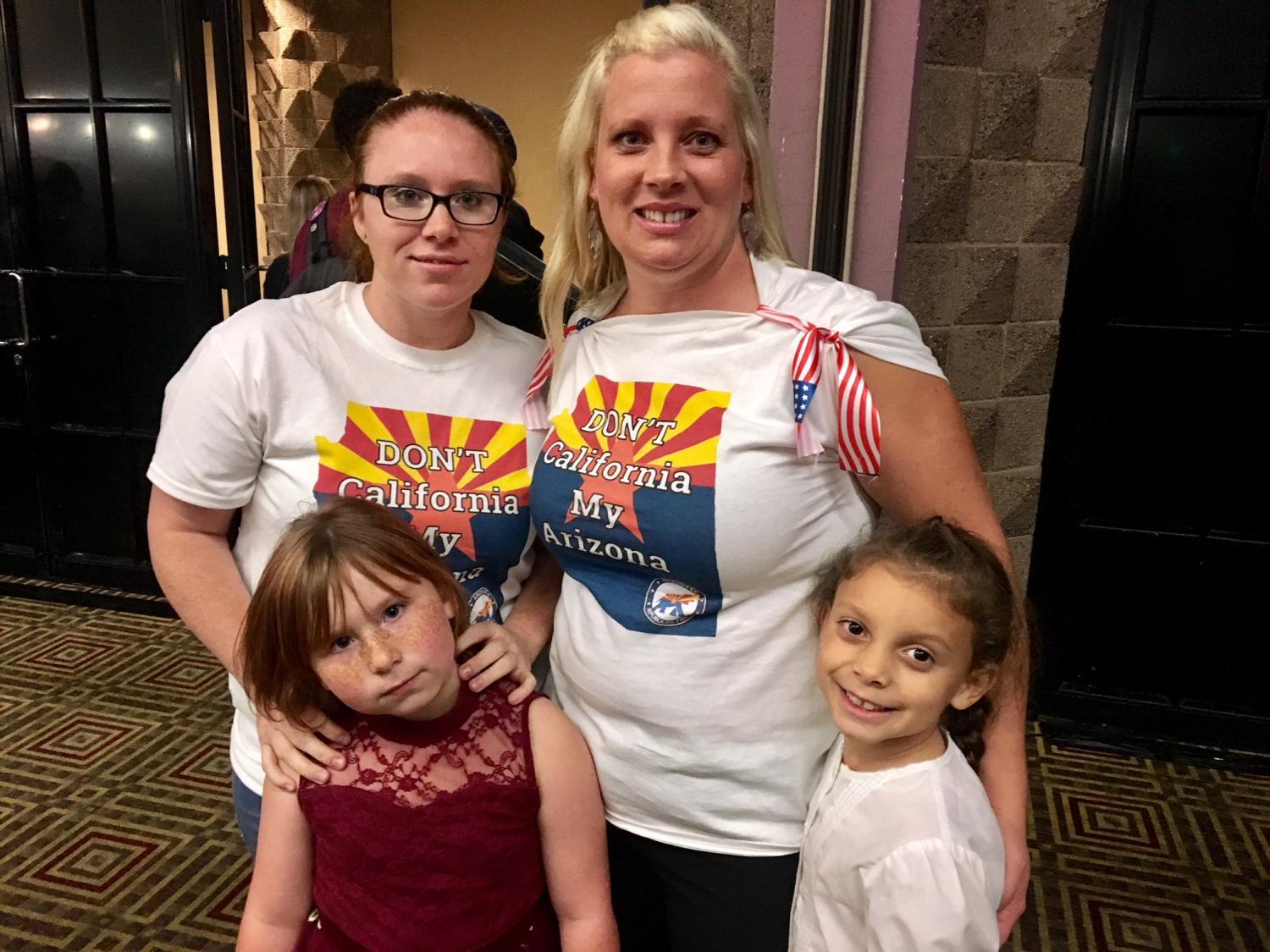 Mariana Dale/KJZZ
Karye Perez (right) enrolled her daughter Eliana in Empowerment Scholarship Account program so she could attend a private Christian school. “We’re blessed because of it,” Perez said. Also pictured is Kelly and Avyree Biggs.

Arizona voters have rejected an expansion of the state’s school voucher program.

The referendum validated the efforts of grassroots organizers in Save Our Schools Arizona and the more than 100,000 people who signed petitions to put the issue on the ballot.

“We just really believed that we needed to send the message that we want to support public schools, that we’ve had enough of these privatization schemes that hurt more people than they help,” said Dawn Penich-Thacker, a co-founder of Save Our Schools Arizona.

Proposition 305 would have expanded the Empowerment Scholarship Account Program to make all 1.1 million Arizona students eligible, but with participation capped at 30,000. Arizona’s Republican-led Legislature and Gov. Doug Ducey championed the voucher expansion.

Right now, the program allows parents of children in specific groups to pull them from public school and receive about 90 percent of the funding to seek an alternative education. The money can be spent on private school tuition, therapies and other education-related expenses.

ESAs are open to specific groups of students, including those with disabilities; in schools with a D or F rating; in foster care; living on Indian reservations; with parents in the military; or with parents who are legally blind, deaf or hard of hearing.

‘A Loud And Clear Message’ 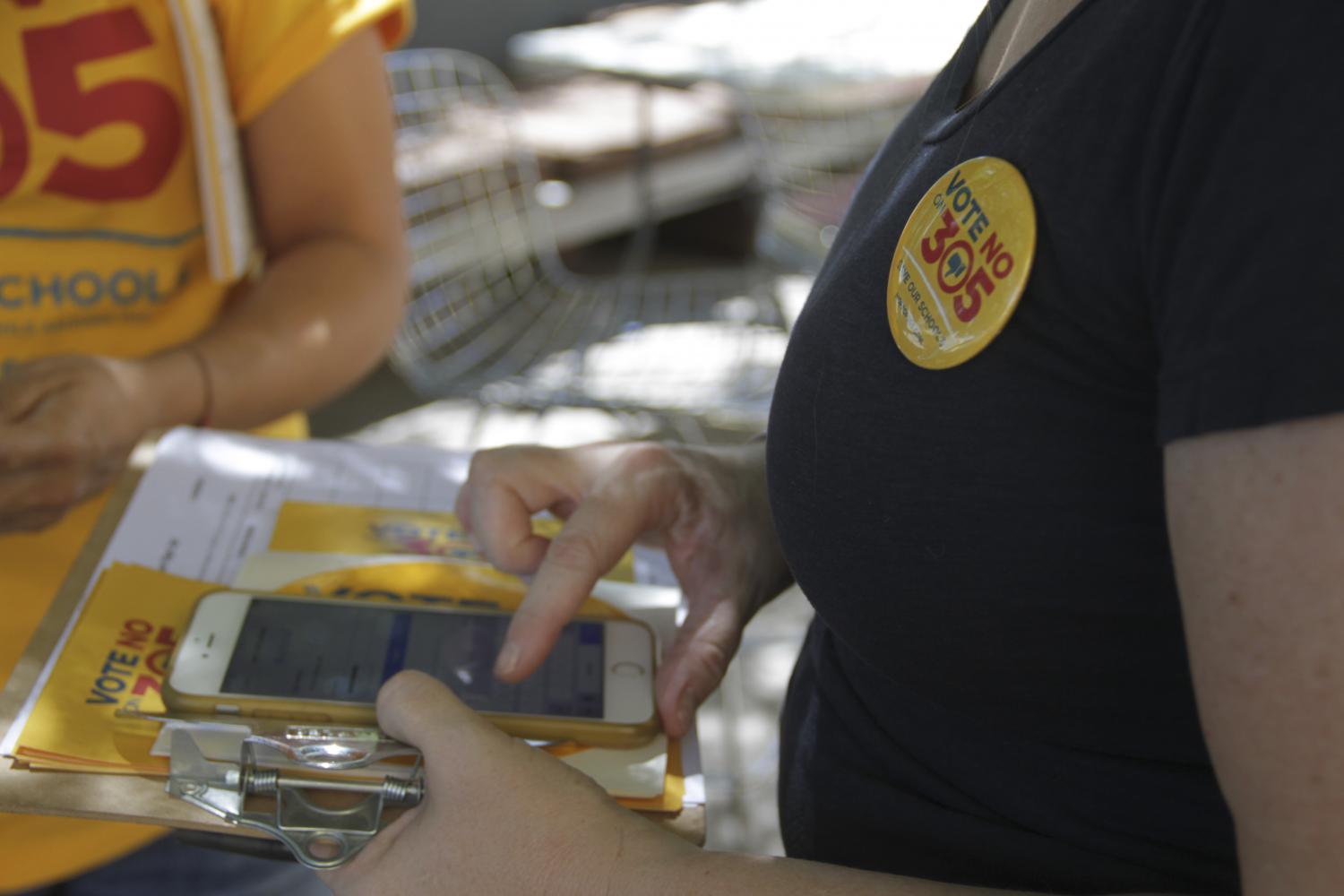 Mariana Dale/KJZZ
No On Prop 305 canvassers use a smartphone app to select homes to visit.

About 50 volunteers who collected signatures and helped get out the vote against Proposition 305 gathered in Phoenix Tuesday night to wait out election results.

There was pizza, leftover Halloween candy and — once the Associated Press called the race — champagne.

“We kind of stared at each other in disbelief and then we started celebrating,” Penich-Thacker said.

Save Our Schools Arizona was created by six women who met at the Arizona Capitol during the 2017 legislative session, when lawmakers passed the ESA program expansion.

“We hope that this sends a loud and clear message that we want to support public education,” Penich-Thacker said.

Despite GOP support for the measure — for example, now-Congresswoman Debbie Lesko sponsored the expansion when she served in the state Legislature — the “no” vote captured the support of at least some Republicans. 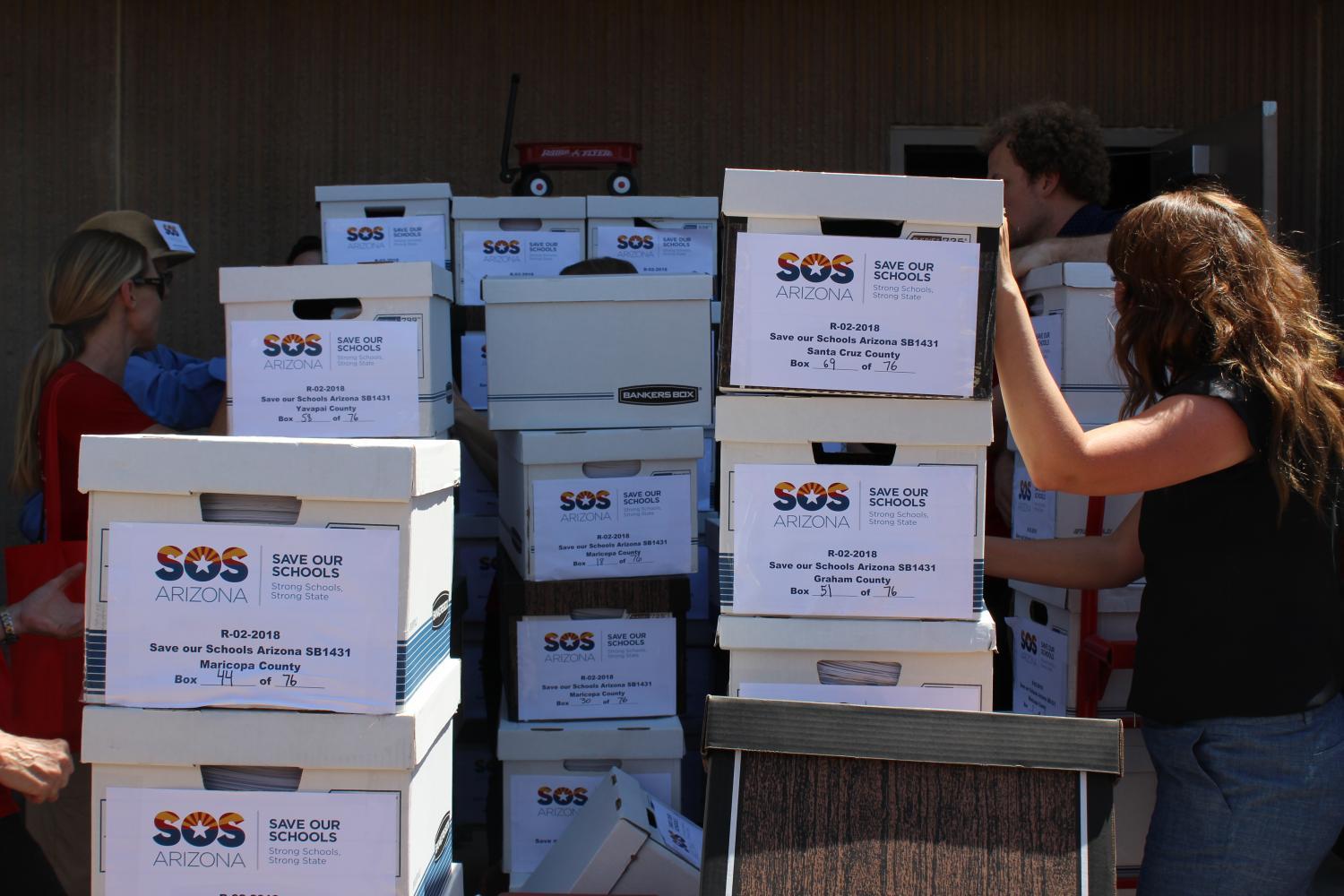 Carrie Jung/KJZZ
Save Our Schools Arizona collected more than 111,000 signatures in their effort to put the question of ESA expansion before voters in 2018.

Karye Perez was at the Republican election party at the DoubleTree hotel in Scottsdale with her 7-year-old daughter, Eliana. She started out homeschooling her children but applied to the ESA program about a year and a half ago.

“We’re blessed because of it,” Perez said.

Perez supports the program overall and wants to see it expanded, but she joined more than 1 million Arizonans in voting no on Proposition 305.

There were 5,042 students enrolled in the program last year, and it utilized $58,711,229 in public dollars for alternatives to public education.

Save Our Schools Arizona organizers say they anticipate the issue will resurface in Arizona despite Tuesday’s decisive referendum.

“We know this national movement to try and privatize and defund public education isn’t going away,” Penich-Thacker said. 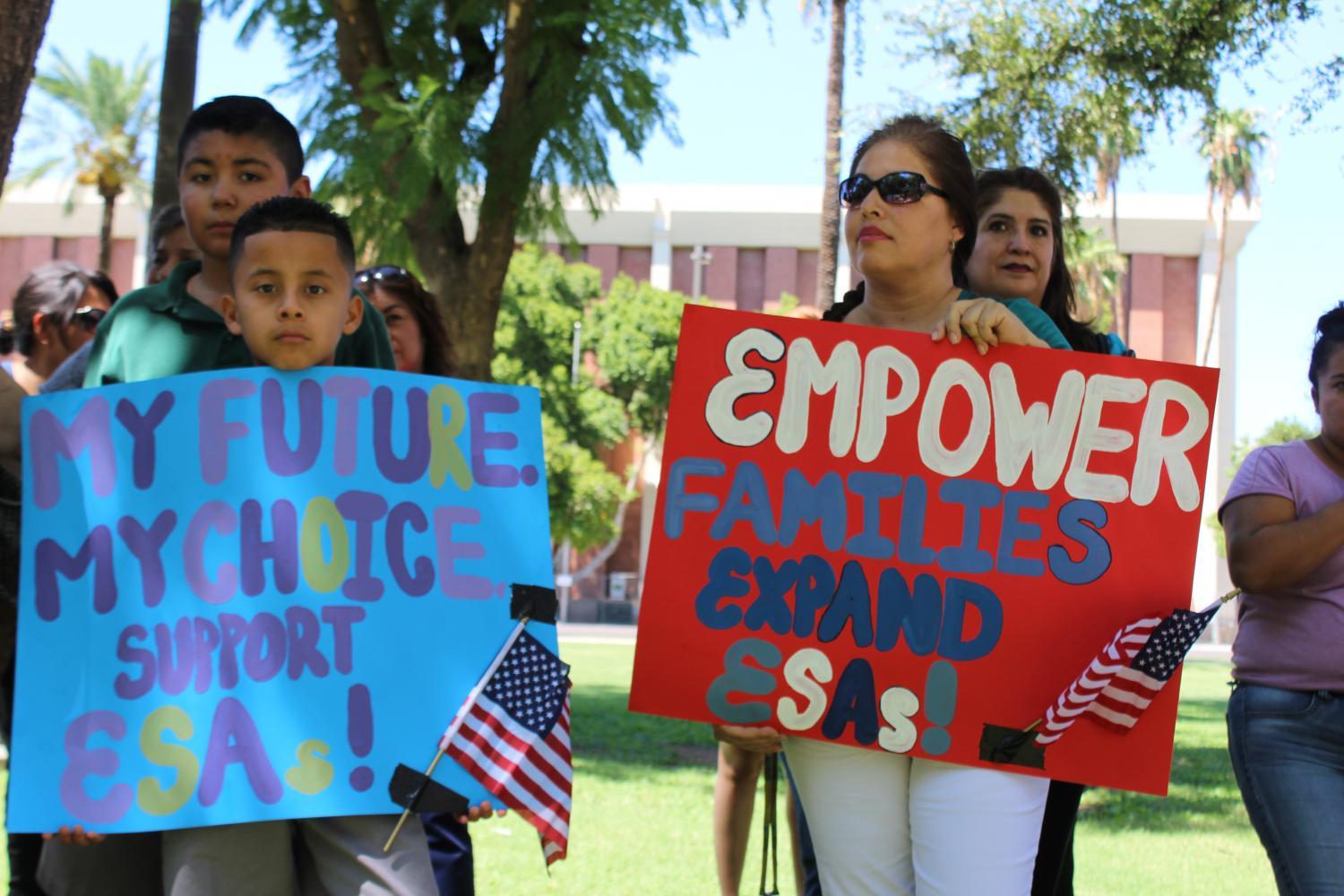 Carrie Jung/KJZZ
Dozens of parents and kids who supported the ESA expansion law protested the referendum filing on the Capitol lawn in August 2017.