Arizona Election Day 2018: How To Find Your Polling Place 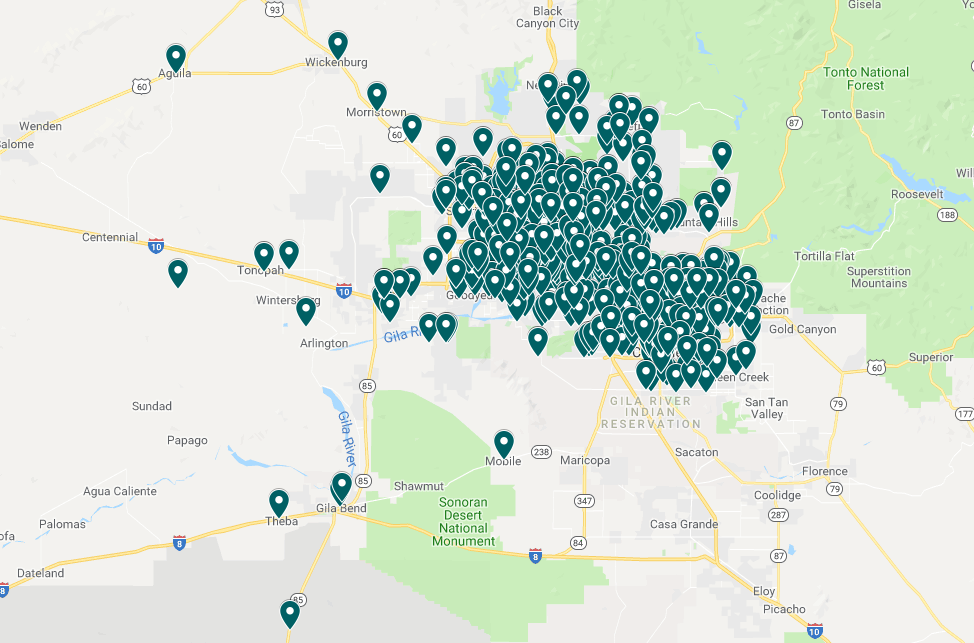 Google Maps
Maricopa County has over 500 polling locations. Find yours at arizona.vote.

If you're not one of the nearly 1 million Arizonans who already sent in their mail-in ballot, you can still vote in person on Nov. 6.

Matt Roberts with the Arizona Secretary Of State’s office said it’s important you go to the right polling place.

Election officials are advising voters to visit arizona.vote for information on their polling location or to track the status of their ballot.

The site, which is run by the Arizona Secretary of State's office, also links to information on judicial candidates to help voters make an informed choice on the slate of judges their ballot.