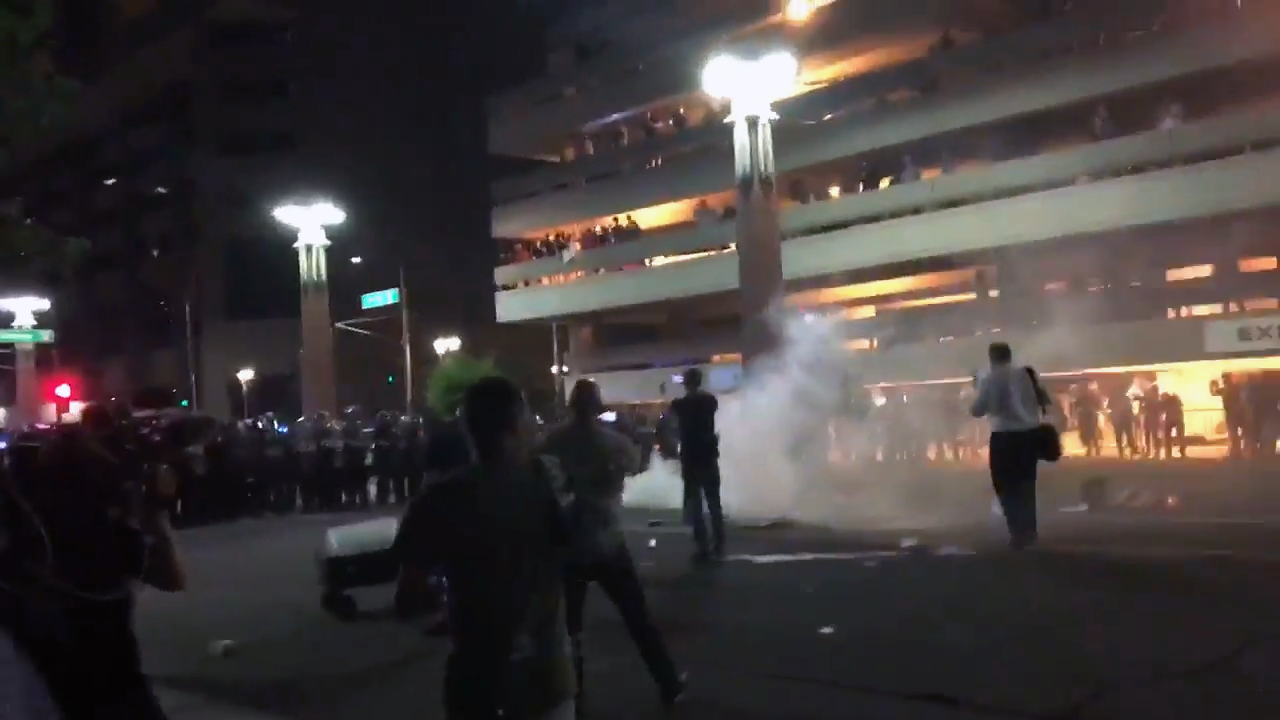 Casey Kuhn/KJZZ
Police and protesters outside the Phoenix Convention Center in 2017.

When Phoenix police deployed pepper spray and non-lethal projectiles against a crowd outside a rally for President Trump, many people complained they had no warning. And an internal police investigation found officers could have better communicated. Now, Chief Jeri Williams thinks two devices that can be mounted on trailer hitches will help.

“The alert tones are going to be limited to two to five seconds, our decibel levels are at 113 decibels,” she told the subcommittee earlier this month.

The 113 decibels is about as loud as a chainsaw.

“So we’ve really looked very carefully at some of the lessons that we’ve seen across the country in order to better communicate with our community members which we weren’t capable of doing or able to do the night of the protests,” Williams said.

Some community members expressed concern the devices could be used as weapons, but Williams said they are for communication and under no circumstances would the department take steps to weaponize the devices.

“This is something very important,” said Michael Nowakowski, subcommittee chair. “It was something that we heard out from the community that the incident with the president, that they were not warned so this is a tool to actually be used to warn individuals before the police actually go to the next level.”

The subcommittee directed the department to clarify its policy language before asking the full council to approve the nearly $100,000 purchase.