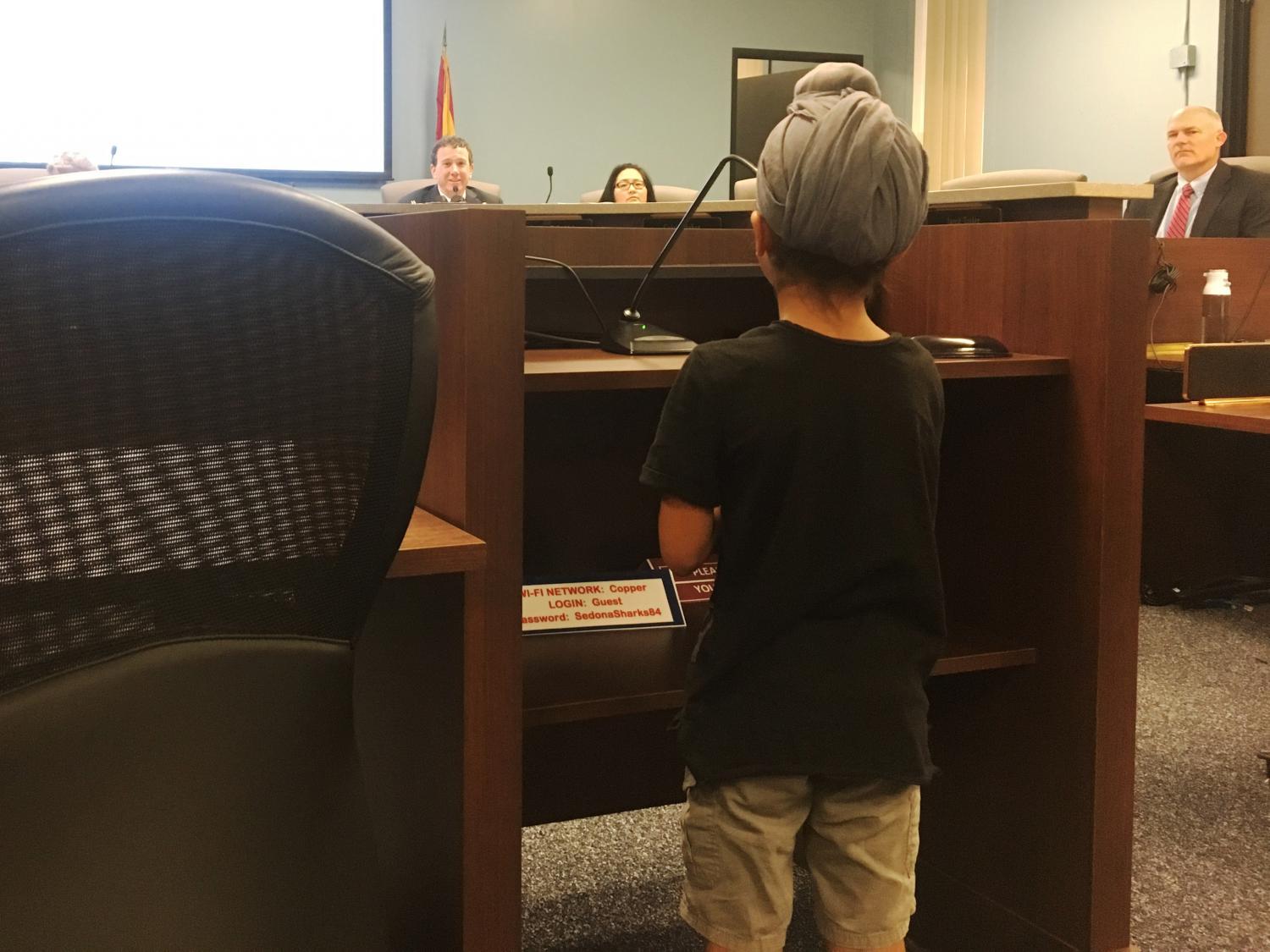 The state board of education meeting was packed Monday and dozens of people signed in to talk.

Sachdev goes to a Scottsdale public school. He told the board he’s different because he wears a Patka, pointing to the cloth covering his head and a kara, the metal bracelet on his wrist.

“And that reminds me that I’m kind and helpful,” Sachdev said. Both items are articles of the Sikh faith.

The reason he and his family came to the meeting is that the board was, for the first time, considering standards that specifically included his religion, Sikhism.

It’s one way the working groups who created the standards tried to make them more culturally inclusive.

“They wanted every single student in Arizona to see themselves reflected in these standards,” said Tammy Waller, the director of K-12 social studies and world languages at the Arizona Department of Education.

The board approved the new standards in a close 6-4 vote.

The First Step To 'Fight Hate And Save Lives' 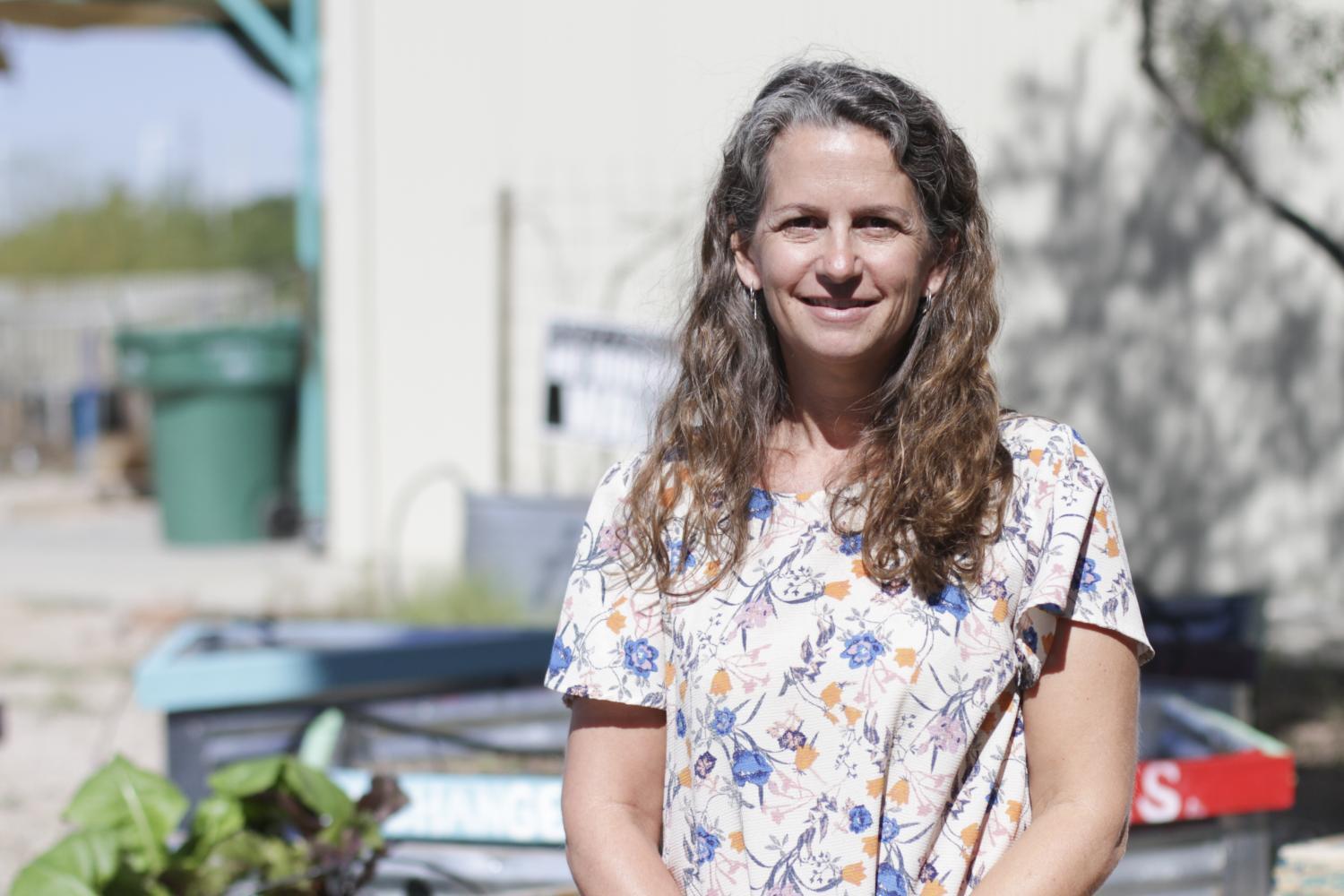 Mariana Dale/KJZZ
"They're able to connect with school more and engage more when we bring in curriculum that centers their lives," said Anita Fernandez.

Sikhism is a monotheistic faith born in South Asia more than 500 years ago and counts more than 25 million followers today.

After 9/11, people of the Sikh faith became the targets of discrimination and violence.

Just four days after the attack, Balbir Singh Sodhi was shot and killed in Mesa outside his gas station.

“All this happened because of a lack of education,” his brother Rana Singh Sodhi told the board and urged them to approve the standards that have been in the works since 2016.

“It’s the first step to fight hate and save the lives,” Sodhi said.

Sikhism appears in the standards as part of the world religions in 6th grade and as an example of a world belief system that could be taught in high school world history. Overall, the exact word is used three times in the 53-page draft standards.

Hispanic Is Out, Latinx Is In

In addition to adding new topics like Sikhism, the standards committees also changed some of the wording used to refer to people Arizona students already learned about.

The word Hispanic is replaced with Latinx.

Merriam-Webster defines Latinx as “Of relating to or marked by Latin American heritage, used as a gender neutral alternative to Latino or Latina.” 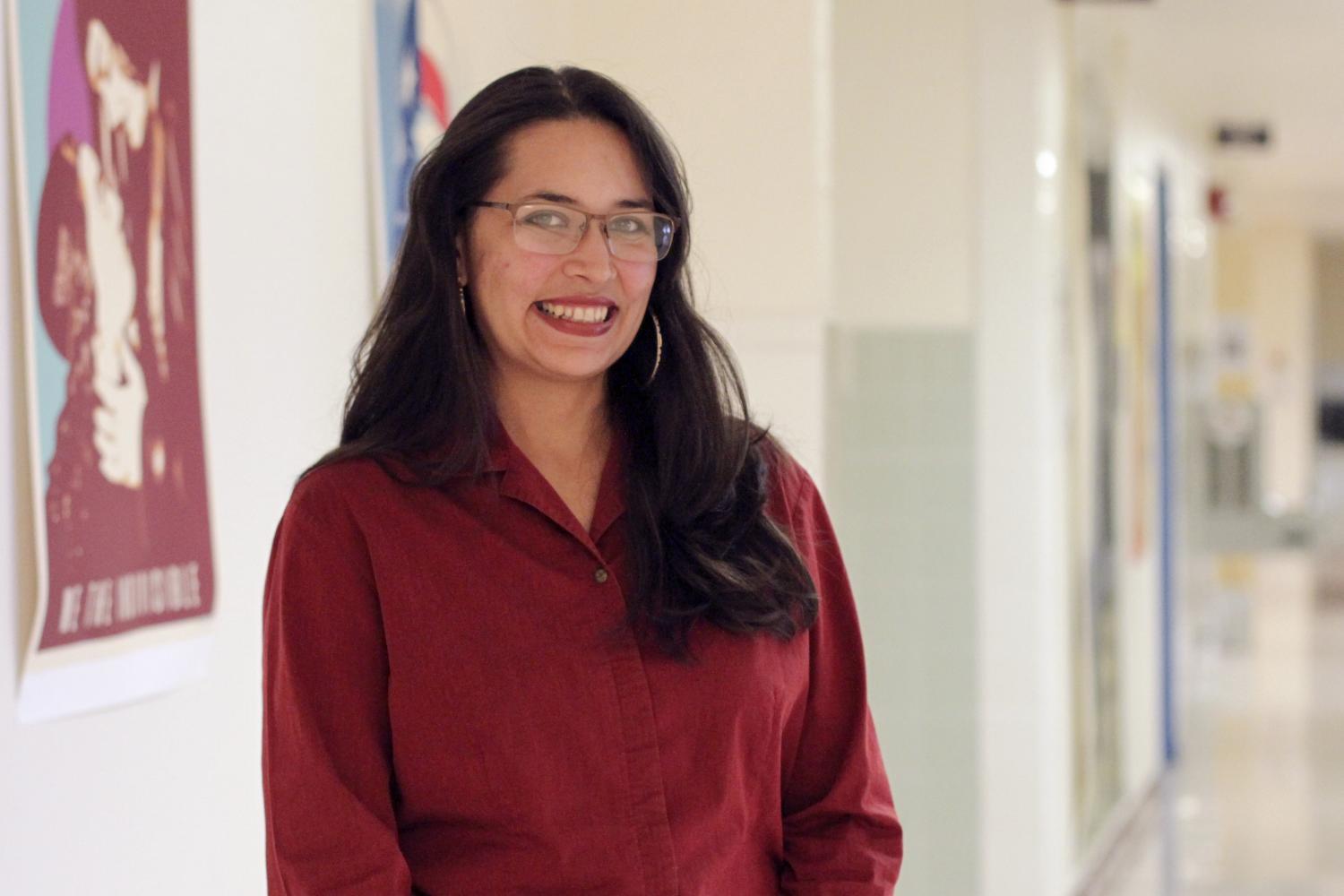 Mariana Dale/KJZZ
"We have a closer bond and a closer community because the kids see themselves in the curriculum," said Jessica Bernal-Mejia of the culturally relevant classes.

The entry was added to the dictionary this September.

“The established language is broadening to include terms that are useful for identifying people who have not in the past been identified with particular and meaningful terms,” said Merriam-Webster lexicographer Emily Brewster.

The word Hispanic and Latino comes with some cultural baggage, in part because they lump together people from many countries into one category and have their origins in Europe or with Spanish colonizers.

The name of the latter is gender inclusive, like Latinx, but also seeks to acknowledge the indigenous community with the ‘x’ at the front of the word.

“I think the use of Latinx in the standards, it’s an attempt to be very inclusive, but we also have to acknowledge the students that are right in front of us,” said María Federico Brummer, who directs Mexican American Student Services in the district.

The Tucson Unified School District has a Culturally Relevant Pedagogy and Instruction Department which was born from the district’s former Mexican American Studies program.

The program was banned by an Arizona law found last year by a federal judge to be racist.

“It’s not just about are the kids learning curriculum that has, you know, brown people in it. But are they being inclusive? Are they creating relationships? Are they creating critical thinking? Are they challenging their kids?” said Jessica Bernal-Mejia, a master teacher in the department. 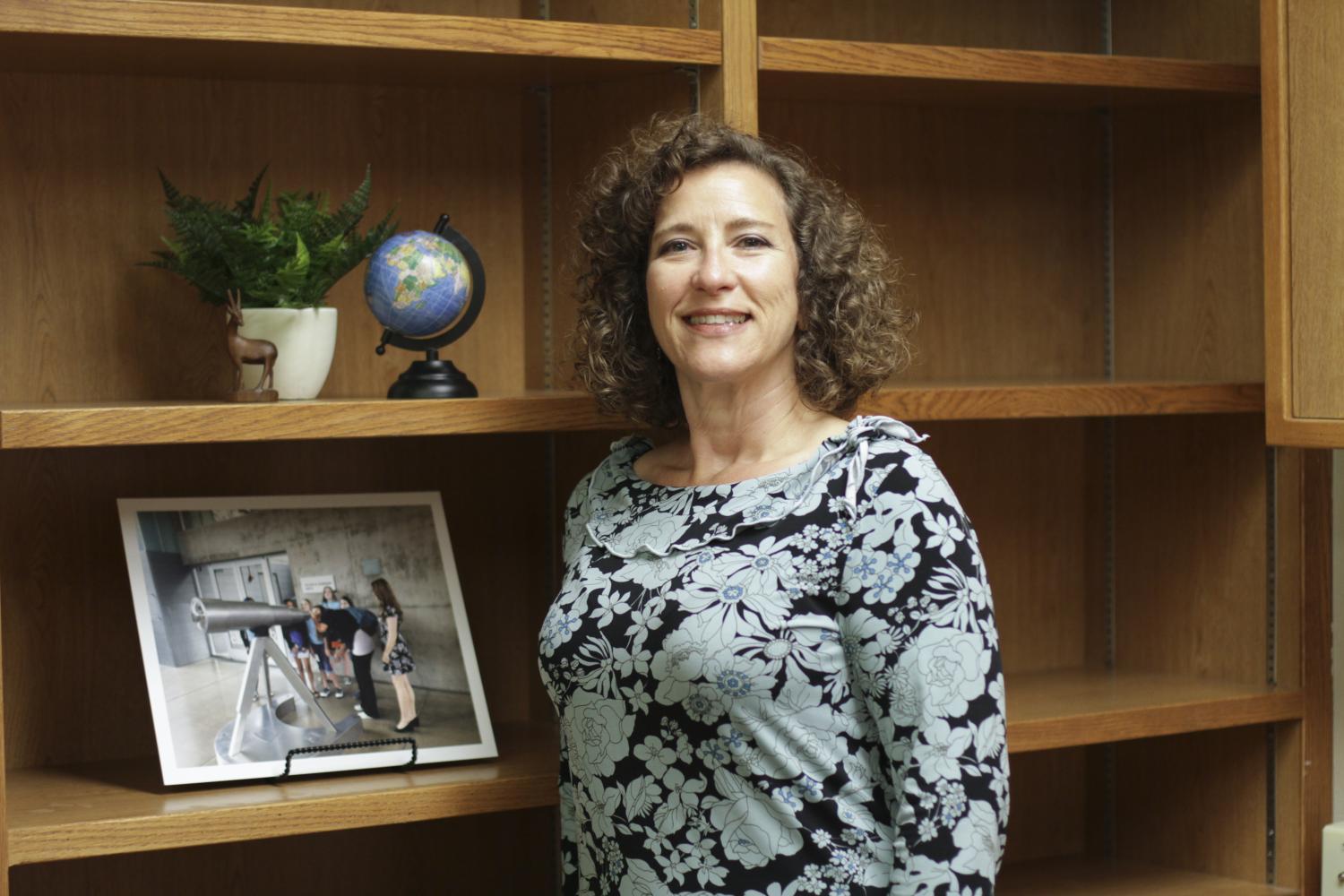 Mariana Dale/KJZZ
“Students of all ages are becoming more of an advocate for what they believe in,” Korin Forbes said.

When she taught the classes herself, projects about social issues and the Mexican Revolution grabbed the attention of her students, many of whom have family from Mexico.

“They’ll raise their hand like ‘Miss, you forgot this part,’” Bernal-Mejia said.

“It becomes an investment rather than this is an assignment, this is a grade,” Brummer said.

Another change to the standards is that they’re less detailed than the ones they replace.

The word Mexico appears only once in the third grade when students will be expected to “describe how Arizona is connected to other states, Mexico, and other nations by movement of people, goods, and ideas.”

In the old standards it appeared nine times.

“If it’s not written in the standards necessarily explicitly and intentionally, there are many instructors who will not see the culturally responsive piece that needs to be there,” Brummer said. 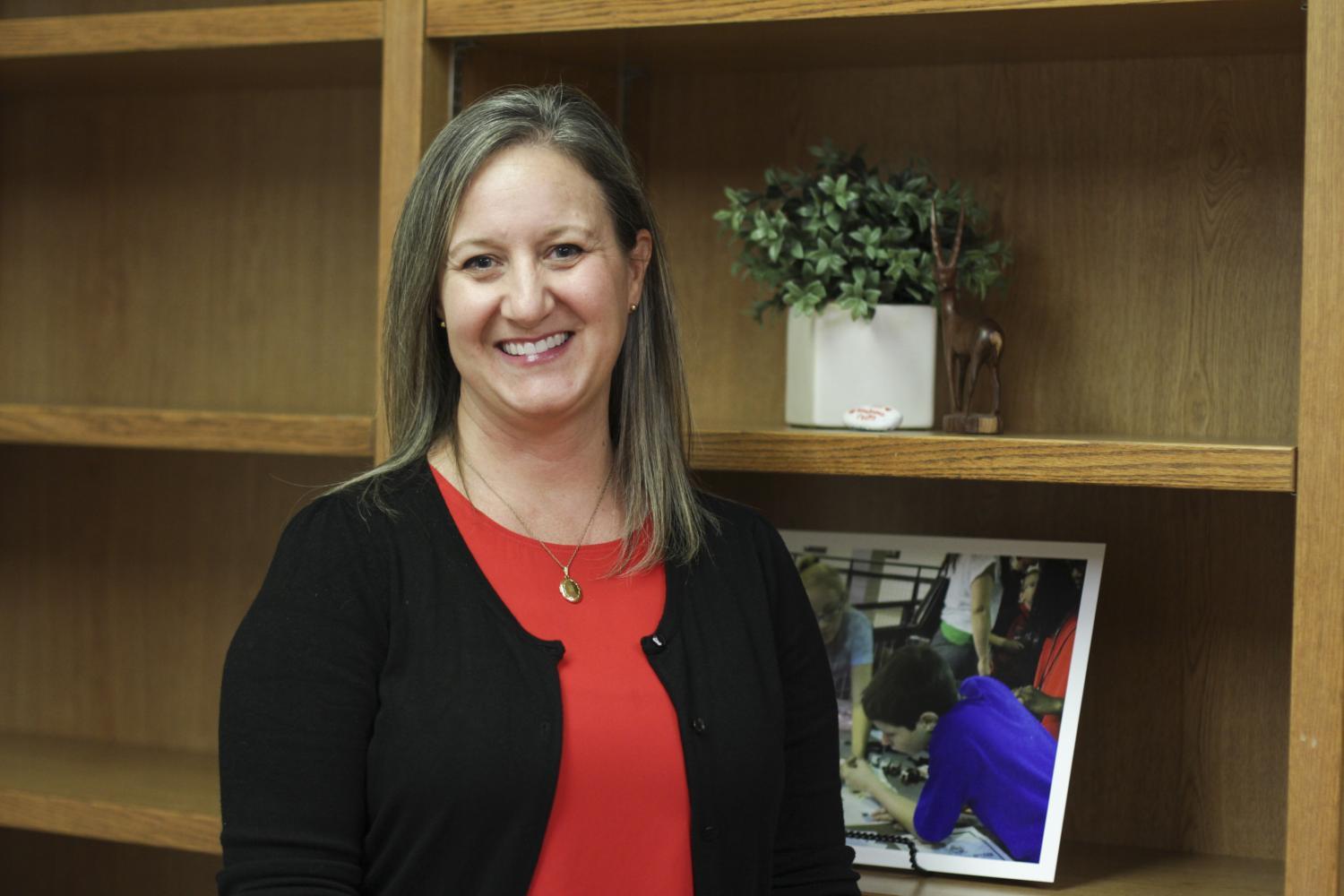 Mariana Dale/KJZZ
“Unless we give [the students] opportunities to implement what they learn, they don't use it and it doesn’t become relevant,” said Terri Welsh.

Tammy Waller, director of K-12 social studies and world languages at the Arizona Department of Education, said listing specifics creates the possibility someone, some group or some historical event could be excluded.

“Students will look at multiple perspectives and viewpoints on different historical, geographical, economic and political issues using multiple types of materials,” Waller said, describing one of the “skills and process” standards.

But what if a teacher isn’t prepared to give a lesson beyond the topics they’re familiar with. For example the Sikh religion? Or what the X in Latinx means?

“There will be a need for information for teachers as we move to these more inclusive standards,” Waller said.

She said the state will have training and work with community experts and local organizations, so educators are prepared to teach history from diverse viewpoints when the standards are fully rolled out in the 2020-2021 school year.

“Arizona students come from different backgrounds, whether it’s geographical, ethnicity, race, language, socioeconomic, so now their stories can be part of the narrative that students learn in school,” Waller said.

These were just a few examples of how the standards try to address different communities.

How were the new standards created? 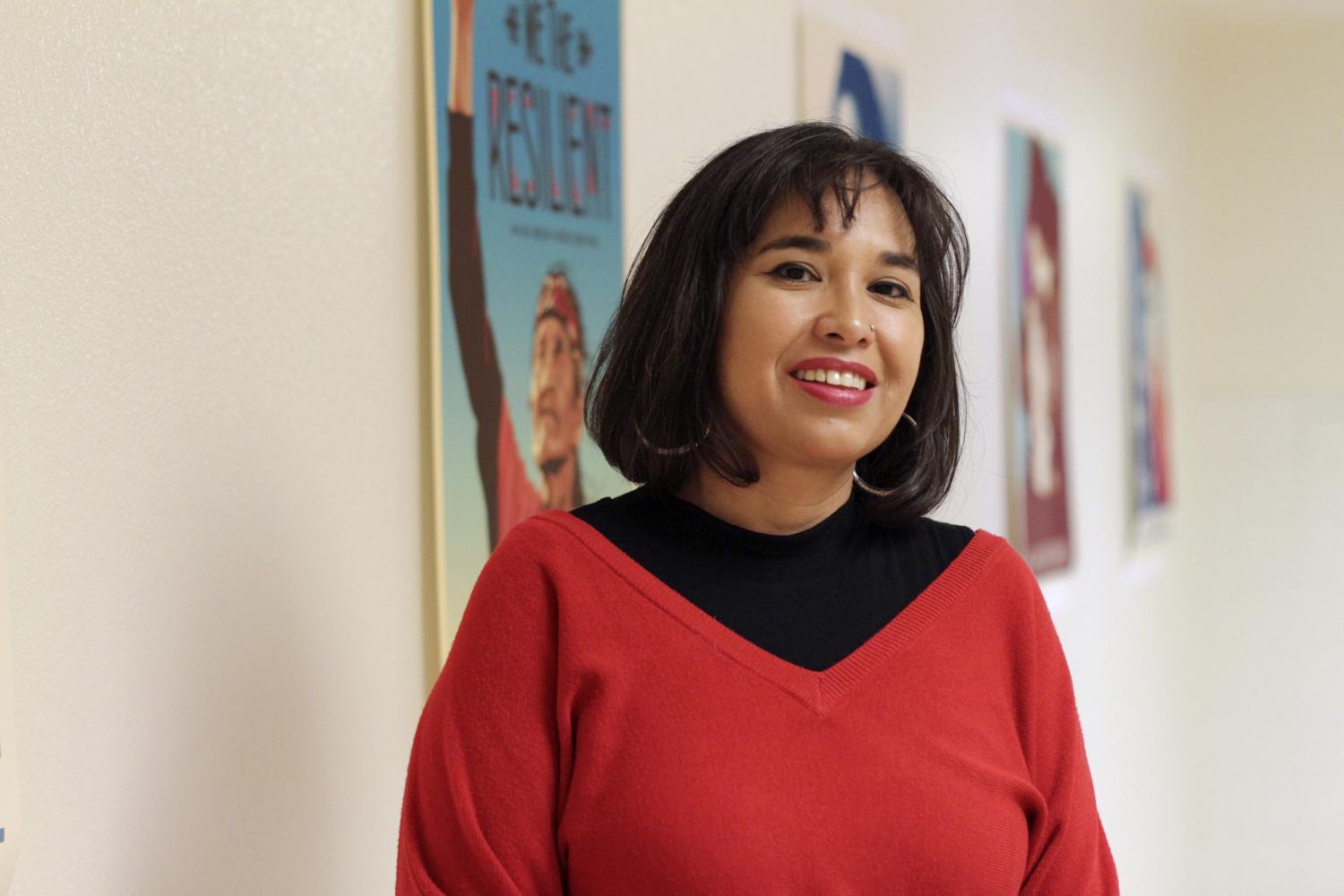 Mariana Dale/KJZZ
“I think the use of Latinx in the standards, it’s an attempt to be very inclusive, but we also have to acknowledge the students that are right in front of us,” said María Federico Brummer.

The Arizona Department of Education started convening working groups to craft the new standards in 2016.

The groups included about 110 parents, community members and educators from 56 districts, charter schools and institutes of higher education in 11 counties. The department asked for, but did not get any volunteers from Graham, Greenley, La Paz and Gila counties.

The last update to the standards was in 2005. The world has undoubtedly changed since then.

“We don’t have overheads and don’t have dittos,” said Korin Forbes, referring to the projectors that were once popular in Mesa Public Schools,where she works as a specialist in elementary science and social studies.

“Unless we give [the students] opportunities to implement what they learn, they don't use it and it doesn’t become relevant,” said Terri Welsh, a secondary social studies specialist at Mesa Public Schools who served on the standards working group.

“Students of all ages are becoming more of an advocate for what they believe in,” Forbes said.

Drafts of the standards were presented to the board of education in public meetings on March 26, Sept. 24 and Oct. 22 when they were adopted.

Throughout the process, the Arizona Department of Education also solicited feedback from the community online.

The department will start developing a plan to implement the standards this fall.