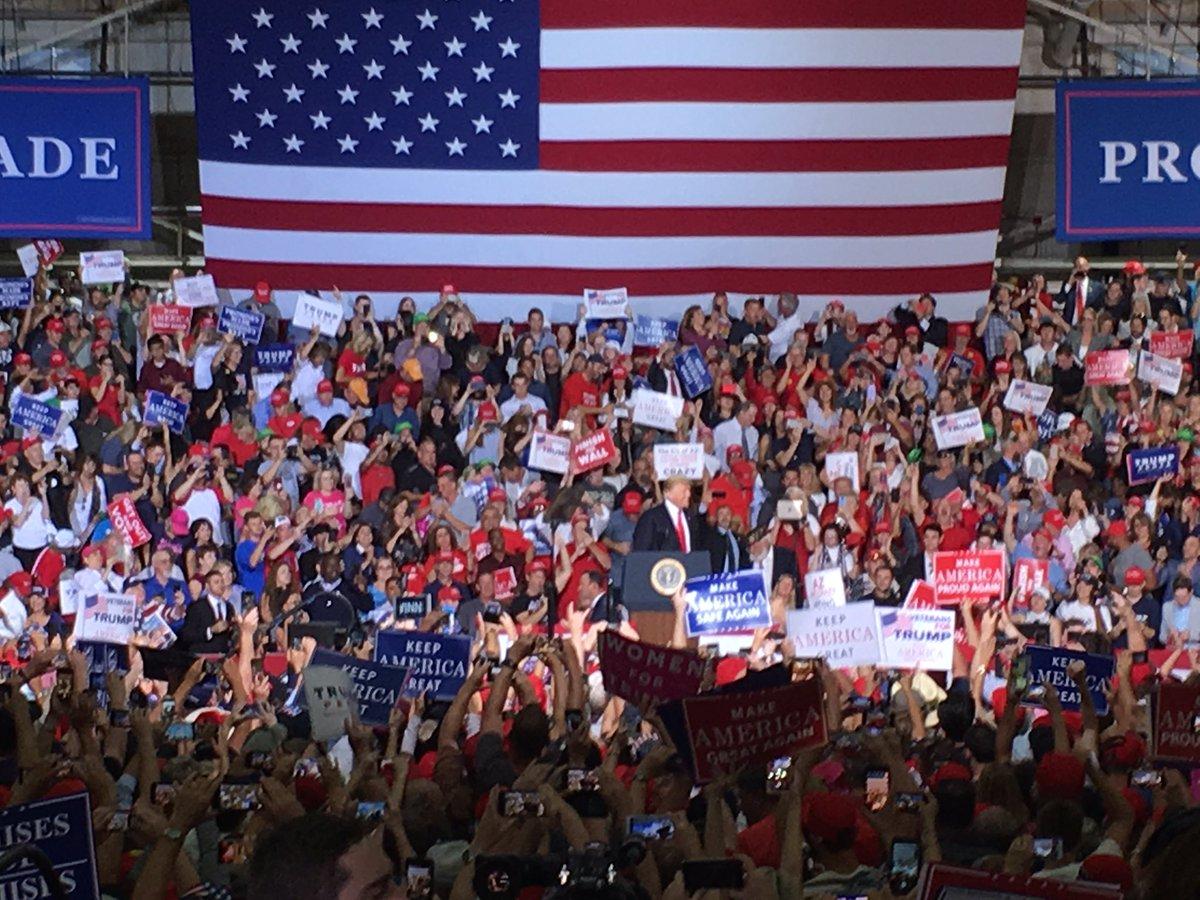 President Donald Trump is in Arizona for a rally in Mesa.

The stop is part of three-state Western swing on his national midterm campaign tour through Arizona, Nevada and Montana.

The Mesa rally is scheduled for 7 p.m. Friday at International Air Response near the Phoenix-Mesa Gateway Airport.

His campaign says it's the 10th rally Trump has held in Arizona and the second rally in Mesa since he first began his race for president in June 2015.

Trump is expected to discuss his "America First Agenda" designed to deliver new jobs and bigger paychecks to families across Arizona.