In the 1960s, if you drove along Baseline Road, skirting the edge of South Mountain, you’d enter a kaleidoscope of colors bursting from the dirt — light yellow, deep red, violet — they were flower fields that stretched for 300 acres.

The picturesque scene was cultivated each year by Japanese-American families. After a brutal imprisonment at internment camps during World War II, the flowers helped them flourish again.

A 1966 article in the Phoenix Gazette describes the flower fields as one of the top attractions for winter visitors. People liked to stop and smell the roses.

But by 1971, the headline was “Baseline Flower Gardens Decline.”

Drive along Baseline today, and the last reminder of those flowers is a modest shop called Baseline Flower Growers.

Nick Nakagawa is 95 years old now and still works every day at a steady pace, but his flowers are delivered wholesale. The fields are long gone, replaced by houses and condos.

When the fields were in full bloom, there were years when Nick’s daughter, Kathy, was barely taller than the flower stalks. Now she’s a professor, with kids of her own.

Kathy has been working on a memorial to the Japanese-American farmers who made those 16 blocks bloom. It will be unveiled Saturday at the corner of 40th Street and Baseline.

The Show joined her at the flower shop, speaking with her father about their memories. 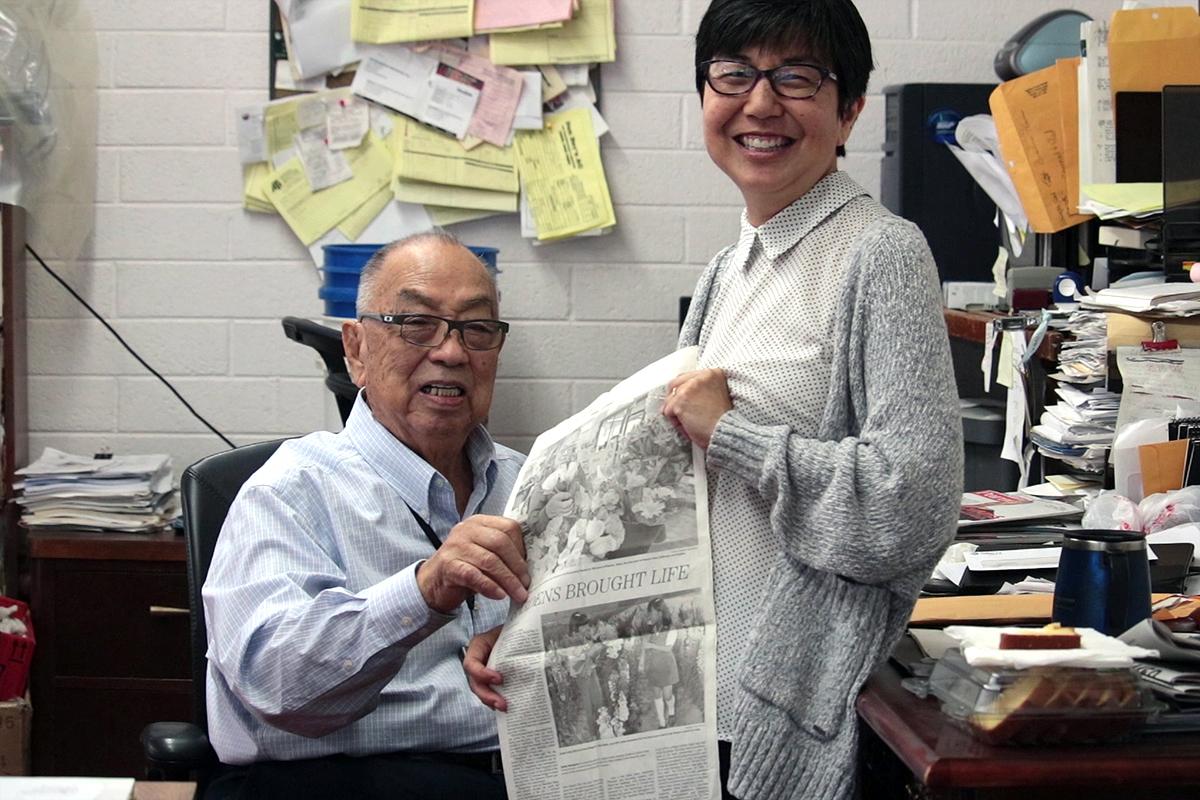