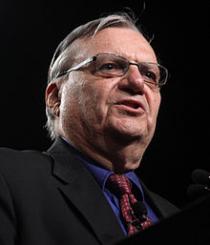 An effort to preserve a conviction against former Maricopa County Sheriff Joe Arpaio will remain in place.

In April, the 9th Circuit Court of Appeals appointed special prosecutor to argue that the former sheriff’s conviction should stand.

The 9th Circuit has declined to review that decision in a divided decision that came out Wednesday, leaving the special prosecutor in place, despite urging from Arpaio’s attorneys.