Phoenix Prepares For The Worst Amid Looming Colorado River Shortage 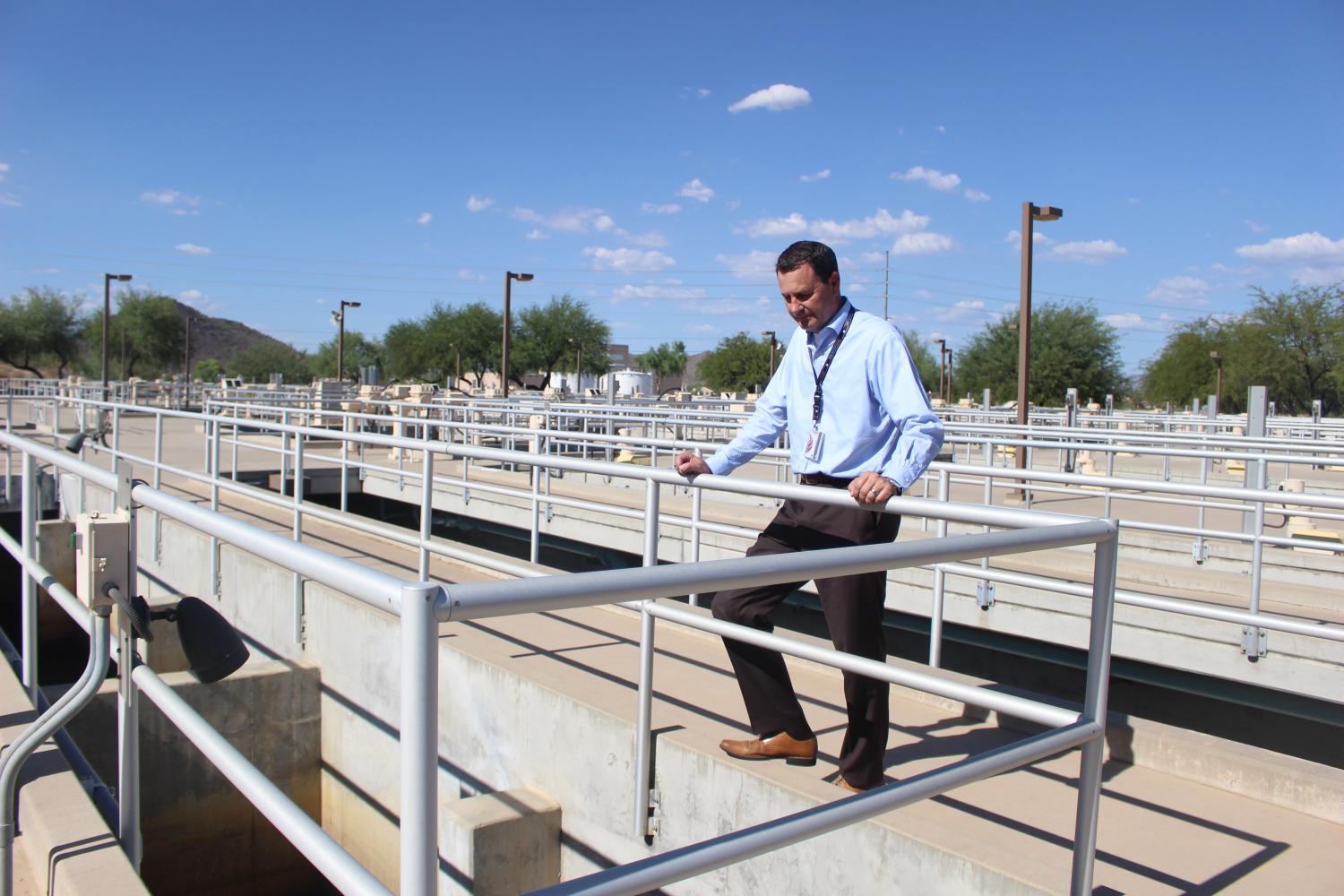 Bret Jaspers/KJZZ
Troy Hayes of Phoenix Water Services Department at the Union Hills Water Treatment Plant. At its peak, the plant can churn out 160 million gallons of clean water.

“We bring water off [the] canal, and we’re adding a few chemicals here to get the heavier materials to fall out,” he said.

That is just one of many steps to clean Colorado River water coming in from the Central Arizona Project canal. The facility can produce up to 160 million gallons of water a day, Hayes said.

Built in the 1980s, the Union Hills plant serves the growing northern part of the city. Phoenix has other plants from the 1950s and 1960s. Hayes said water treatment plants can last “forever, but that forever takes continuous investment in rehabbing and replacing the infrastructure that’s inside of it.”

Phoenix Water Services says it needs more infrastructure. If the Colorado River system crashes, the City will need to get banked water to distribution spots now served by the Union Hills Water Treatment Plant. The department recently asked City Council for a 12 percent increase in water rates, spread over two years, to pay for transmission mains and other upgrades throughout the city.

“We’re concerned about making sure the supplies we have today are resilient and can really withstand those kinds of system shocks,” said Kathryn Sorenson, director of Phoenix Water Services.

Sorenson said if all of the Colorado River water were to disappear instantly, the city could survive for generations. It has Salt and Verde River water, groundwater and banked water. But in the current negotiations over the Drought Contingency Plan, Phoenix is laser-focused on keeping water in Lake Mead to avoid a crash.

“At the end of the day, we have far less risk tolerance than some of the other stakeholders at the table. Because we have to make sure people have water. All the time.”
— Kathryn Sorenson, director of Phoenix Water Services

Cities, agricultural irrigation districts, tribes, home builders and other powerful water users — both inside Arizona and basin-wide — are negotiating an expanded plan to deal with Lake Mead. Its level is dropping due to over-allocation and drought. Projections from the federal government say the lake is likely to be in a “Tier One shortage” in 2020.

Many stakeholders are worried the problem will accelerate, leading to even deeper levels of shortage.

“At the end of the day, we have far less risk tolerance than some of the other stakeholders at the table,” said Sorenson. “Because we have to make sure people have water. All the time.”

There’s another pole holding up Phoenix’s water security tent. Along with other cities and tribes, it holds a position earlier in line for Colorado River water, according to a priority system. That water is the cash the city has been banking.

“To say, ‘Oh, we need to alter it just a little bit right now,’ would set a precedent,” he said. “It sets a precedent that makes us worry about, well, what’re we gonna be asked to do in five years or in 10 years from now?”

Five and 10 years from now is right around the corner. The negotiators of Arizona’s internal Drought Contingency Plan want to get this deal done, because the rest of the basin is waiting and there are other things to work on. 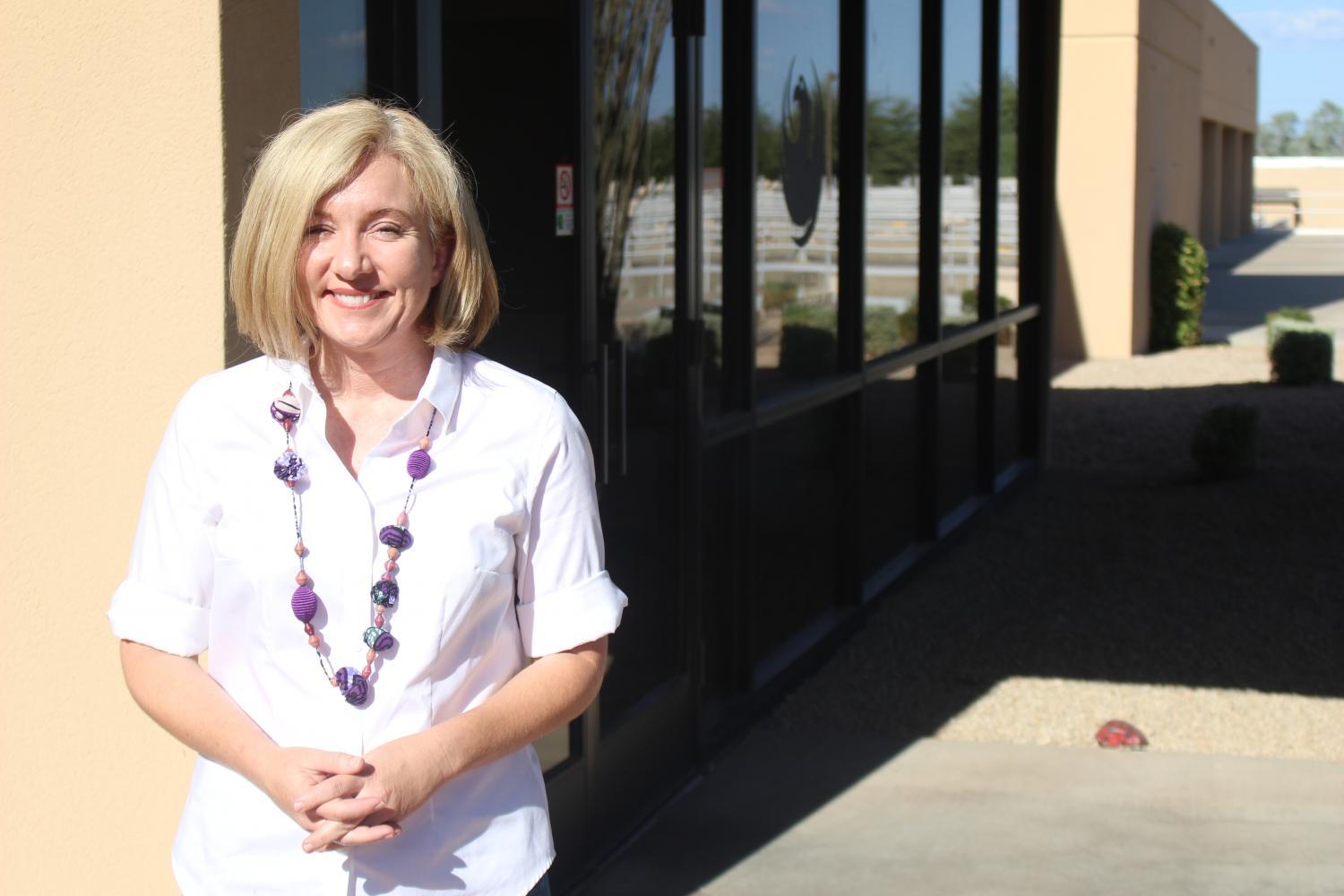 “You’re beginning to see folks who are looking at it again not just simply with blinders on relative to what their uses are but what everybody else’s uses are,” said Shane Leonard, who runs the Roosevelt Water Conservation District in Maricopa County.

Leonard doesn’t think anyone wants to change the priority system, and is optimistic a solid deal now will establish trust for the next one.

“If we get this done, and it gets a little pressure off, I suspect that the next step - not just in Arizona but all the Colorado River water users - is going to be to look exactly at the over-allocation of the snow pack,” he said.

That would be another big undertaking. Over-allocation has vexed the Colorado River system since the original compact almost 100 years ago.

You might say water security isn’t a destination. It's a process.