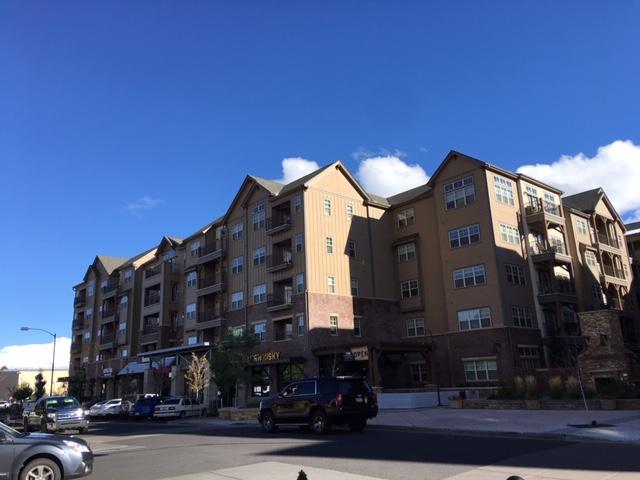 Matt and Olivia McReynolds met when they were students at Northern Arizona University more than a decade ago.

“I remember the sticker shock of paying $900 a month for a one-bedroom apartment,” Matt McReynolds said.

“And you had to sell your Isuzu Trooper, and that summer I had to get a job and work all night,” Olivia McReynolds said.

They moved away and came back twice because they love the peaks, the change of seasons and now the schools for their three kids.

“I’m an attorney, and I make decent money,” Matt McReynolds said. “And it’s puzzling that even despite that, this is what we’re able to afford in Flagstaff.” 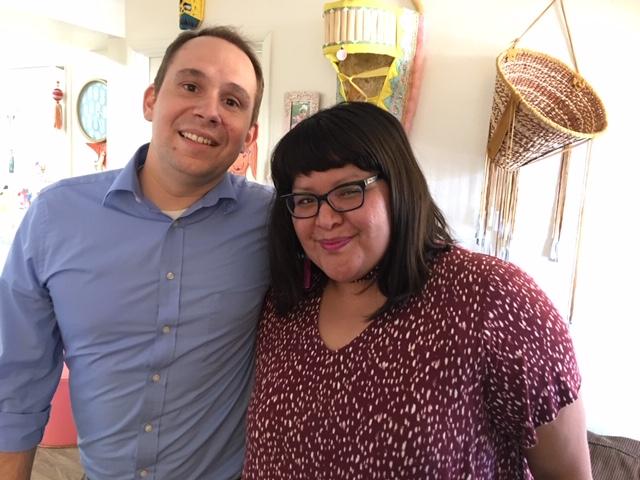 Laurel Morales/KJZZ
Matt and Olivia McReynolds pay $1,600 for a 500-square-foot apartment in Flagstaff.

The couple and their three children live in a tiny two-bedroom apartment. From where we’re sitting on the love seat, you can almost see the entire apartment.

During that time, Northern Arizona University has doubled in size. Many people in Flagstaff feel whiplashed by the rate of growth. In addition to steep home prices, locals gripe about the traffic, the parking and the threat of losing the quintessential historic charm that makes Flagstaff unique.

Flagstaff’s Mayor Coral Evans is an alumna of NAU. She lives in a home built by her grandfather just three blocks from campus. So she has to deal with students partying at all hours.

“I live in a house that my grandfather built, that I’m proud to live in, and I got told the other day that I should move if I don’t like it,” Evans said.

But she said she couldn’t afford to move if she wanted to.

“Because with the growth of the university came the ridiculous prices of the housing in this city with absolutely no relief,” Evans said.

But Evans said it’s not NAU’s fault. State lawmakers took away university funding, and the three state universities receive only 18 percent of their revenue from the state general fund. To compensate, enrollment has gone up, and so has tuition.

“Because with the growth of the university came the ridiculous prices of the housing in this city with absolutely no relief.”
—Coral Evans, Flagstaff mayor

“Every year we continually have to look at what does this look like and making sure it’s not always on the backs of students,” said Emily Allen, a spokeswoman for NAU.

As students flock to NAU, developers have answered that demand. Apartment buildings have mushroomed both on campus and off.

Flagstaff is an island surrounded by national forest, tribal and state lands. There’s nowhere new to build, leaving real estate at a premium.

So community members are working with the city and NAU to come up with ideas to mitigate the growth — ideas like building a satellite campus, getting more students involved in the community so they care about it, and alleviating traffic with public transportation. Proposition 421 would extend hours and frequency of city buses. If voters approve it, NAU will buy bus passes for students.

Laurel Morales/KJZZ
A proposition on the November ballot would expand hours and frequency of the public bus. If approved, NAU would provide bus passes for students.

“They might actually legitimately decide they don’t need a car in Flagstaff,” said Emily Melhorn, vice president of Friends of Flagstaff’s Future. “It would help a lot with traffic and having to find parking. They don’t seem like a huge deal but they do affect the quality of people’s lives.”

Melhorn has four part-time jobs to live in Flagstaff. A nonprofit helped her and her husband buy a home.

Others like attorney Matt McReynolds say they just can’t put down roots here.

“In Show Low and Pinetop for what we’re paying here in rent we could have an actual home and a mortgage and live that chunk of the American dream,” McReynolds said.

For some it’s just too much to sacrifice for a view of the peaks.