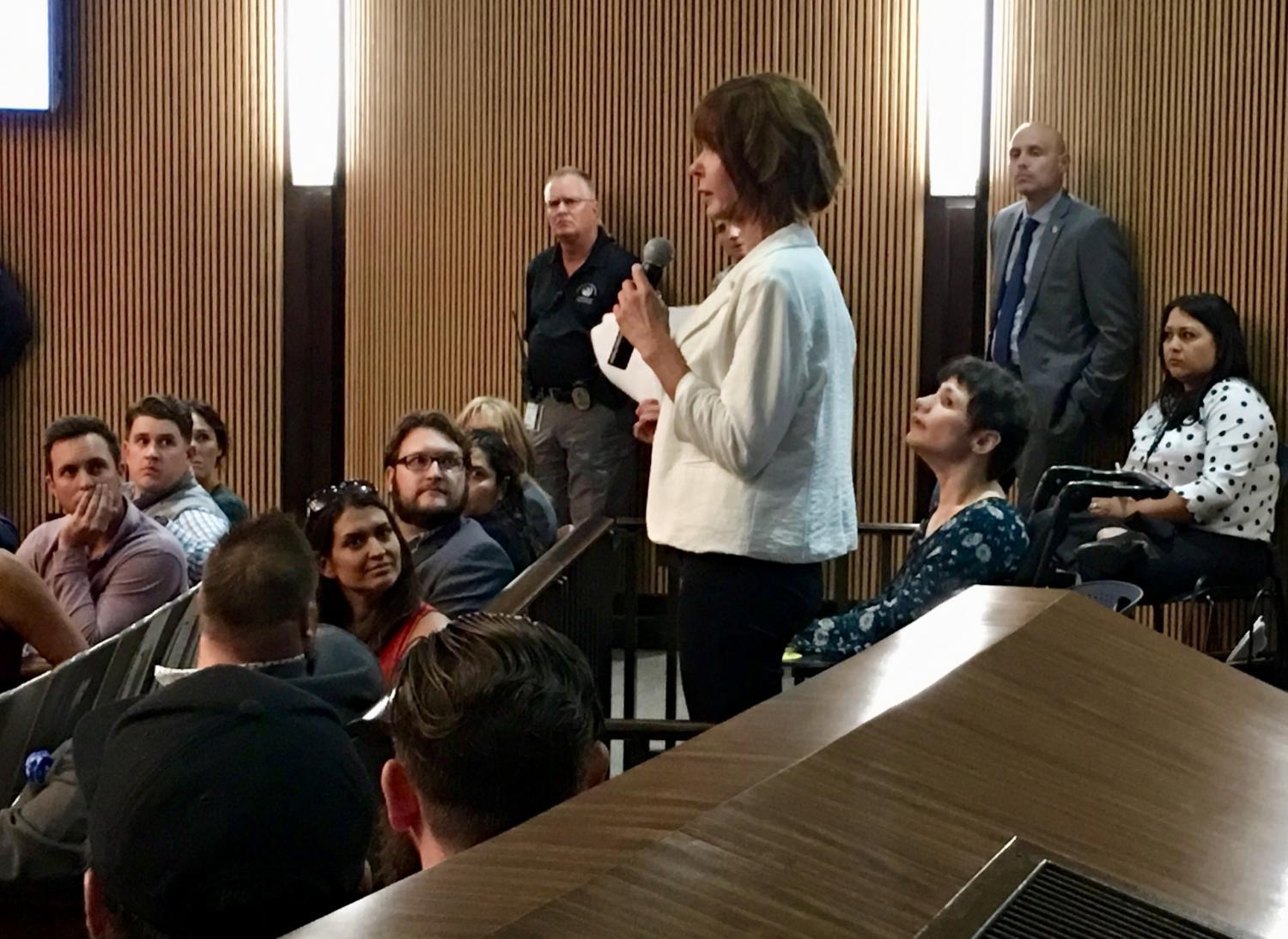 Christina Estes/KJZZ
Pam Blackburn tells the Phoenix City Council how medical marijuana has helped her daughter who has severe disabilities at the Oct. 2, 2018, meeting.

A proposal to tax medical marijuana businesses in Phoenix was shot down during a rowdy City Council meeting Tuesday.

Council chambers were packed with people who didn’t like the proposal to tax medical marijuana businesses — or the process. And they weren’t alone.

“I would like to know how much time was spent throughout this entire process and why the public, including the councilmembers, were kept in the dark from day one on this thing,” he said.

Mayor Thelda Williams set the agenda, which was posted late last Thursday with new details posted the day of the meeting.

Williams wants to boost funding for police and firefighters. Her proposal — crafted by an attorney hired by the state firefighters’ union — included three taxing options: charging marijuana businesses based on square footage, a percentage of sales or a flat fee.

J.P. Holyoak with Arizona Natural Selections said it would cost him nearly $3 million a year.

“I cannot afford it,” he told the council. “I will close my doors. This is a job killer.”

It looked like the council would move the item to a future meeting — until Pam Blackburn spoke. The chambers grew silent as she explained how medical marijuana has helped her daughter with severe disabilities.

“She has been given a new chance at life and we have been given our daughter back,” she said.

Councilwoman Deb Stark withdrew her motion to continue the item and the council unanimously approved DiCiccio’s motion to kill the proposal.

But tax talk could return as city officials plan to meet with medical marijuana representatives.