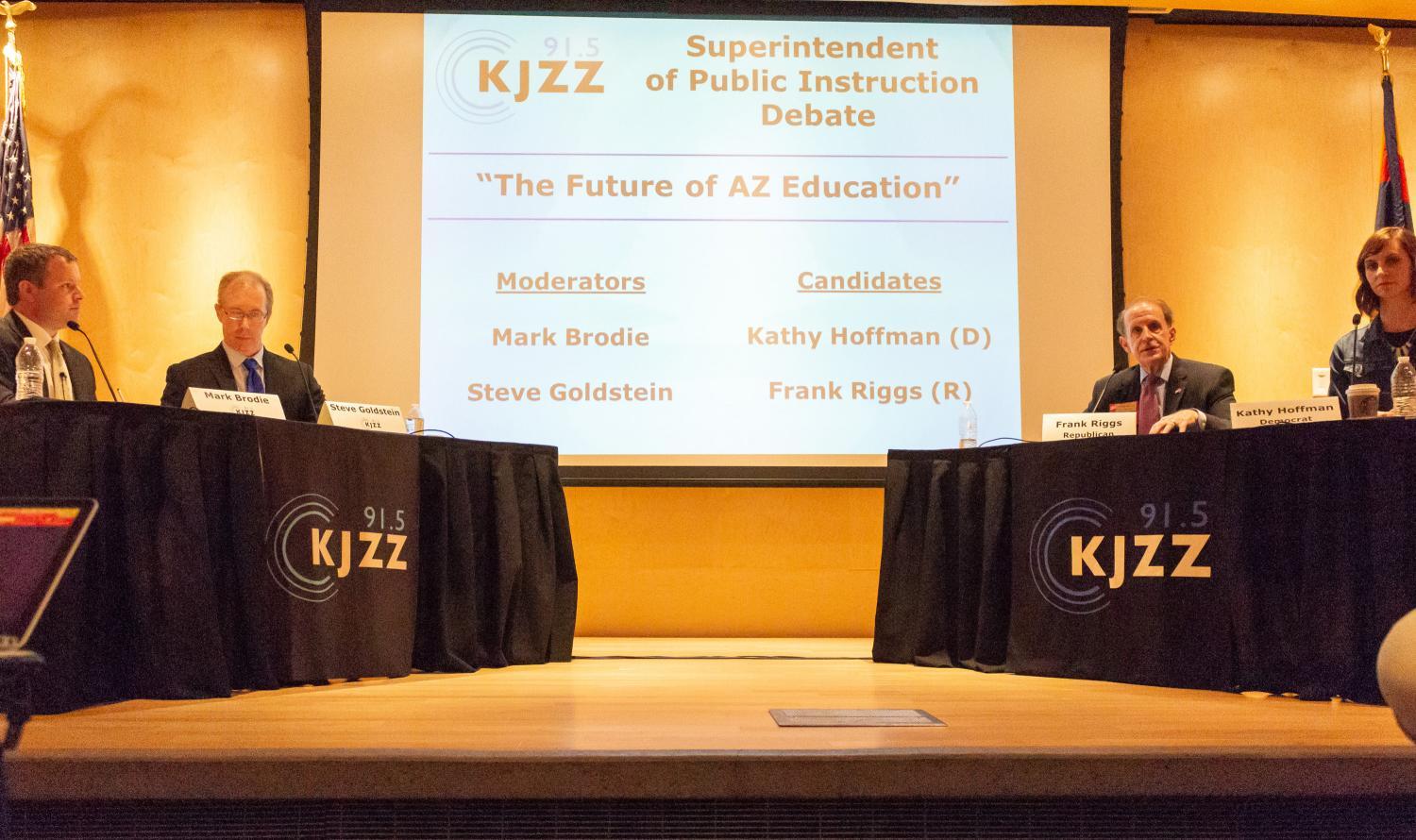 Nancy Dudenhoefer/KJZZ
The debate between Kathy Hoffman and Frank Riggs was moderated by The Show's Mark Brodie and Steve Goldstein on Oct. 2, 2018.

The two discussed topics ranging from the needs of rural school districts to school vouchers.

Middle school teacher Valerie Mason said she attended the debate with an open mind, as she hadn’t decided on her vote.

“I would like to see how credible they are and their answers and their knowledge and if they align with how I feel about public education,” she said.

Mason believes education as a whole should be given not just more funding but more attention by policymakers.

Debate attendees Lauren Puckett and Paul Gill explained why they were among the hundred or so who came to hear the candidates.

“If I'm being totally honest I usually vote Democrat, but that's why I'm here," Puckett said," "If I weren’t open to hearing the other candidate’s thoughts and looking for something different, I wouldn’t have come." 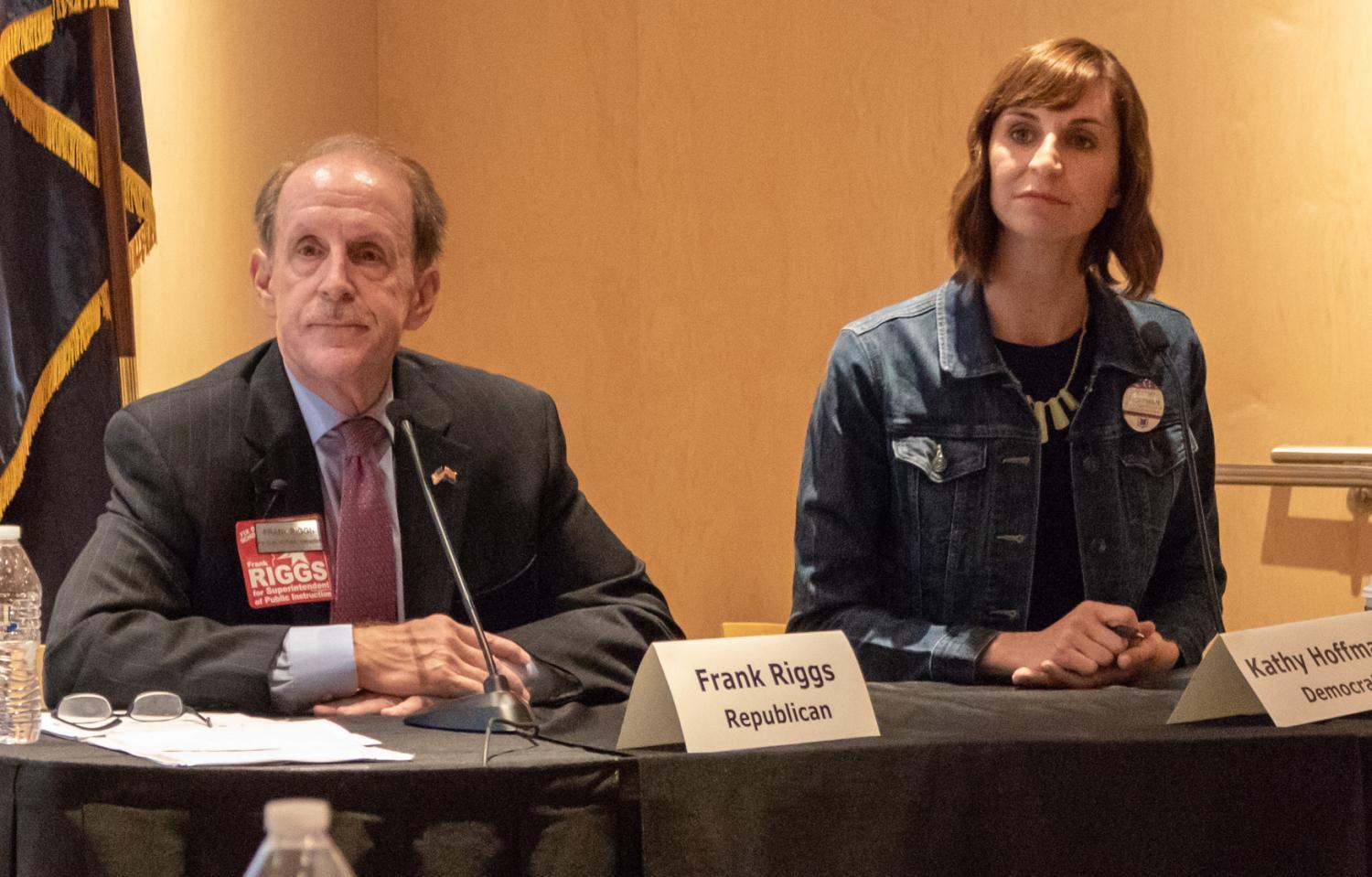 “Hopefully I’ll witness somebody who’s genuinely invested into having a better education system and better teachers, just optimism about education in this state,” Gill said.

Puckett, a teacher, was hoping to hear discussion on Arizona’s school voucher program and its accessibility. Gill wanted to learn more about trade programs, since he’s a cabinetmaker.

Democrat candidate Kathy Hoffman, a former school pathologist, focused on her “teacher’s first” priorities with many personal stories. Republican Frank Riggs, a former California Congressman, argued that her political inexperience would hinder her ability to get things done.

“It’s all about building relationships and good rapport with people, and I’ve already been working on that," Hoffman said, after the debate. "I’ve been meeting with different educational leaders across the state like school superintendents.”

Riggs says his political and executive background gives him a leg up in guiding policy changes.

“I also made very clear tonight that I will have an open door and a ready ear, and I’m eager to work with anyone who has good ideas at improving our education system,” Riggs said.

Both stayed after to talk with crowd members.

Casey Kuhn On The Show