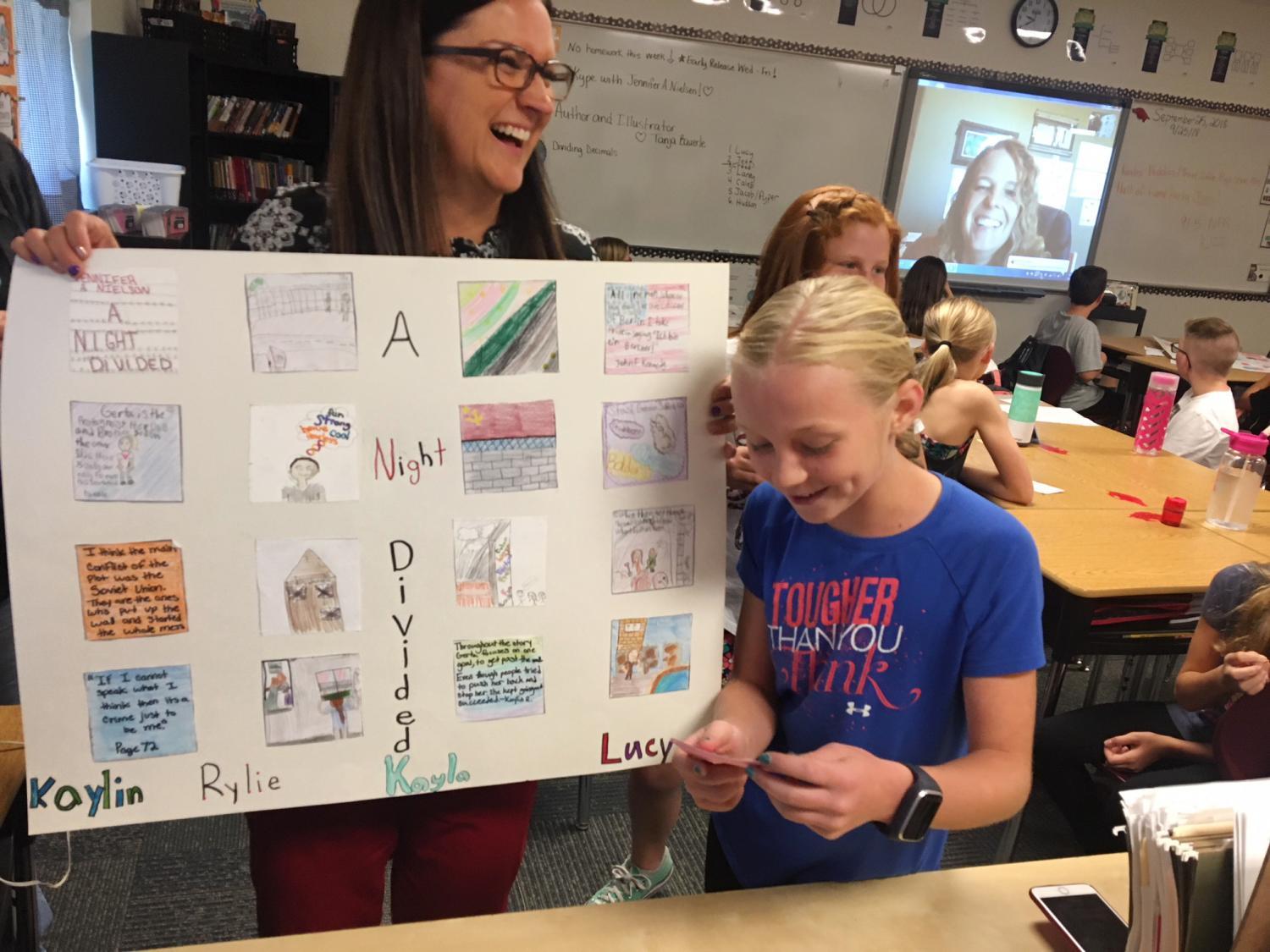 Mariana Dale/KJZZ
Ms. Thompson's fifth-grade class presented their book reports to author Jennifer A Nielsen via Skype while her face was projected to the rest of the classroom.

A young girl wakes up one day separated from her family by a wall and hatches a dangerous plan to be reunited.

Quintero and her classmates got to meet the author Jennifer A. Nielsen over Skype this week.

"They were so inspired by this book and I just want them to want to read more" said teacher Cindy Thompson.

The excitement in the room was electric. Students stared at the computer screen projected at the front of the room waiting for the author’s face to appear. 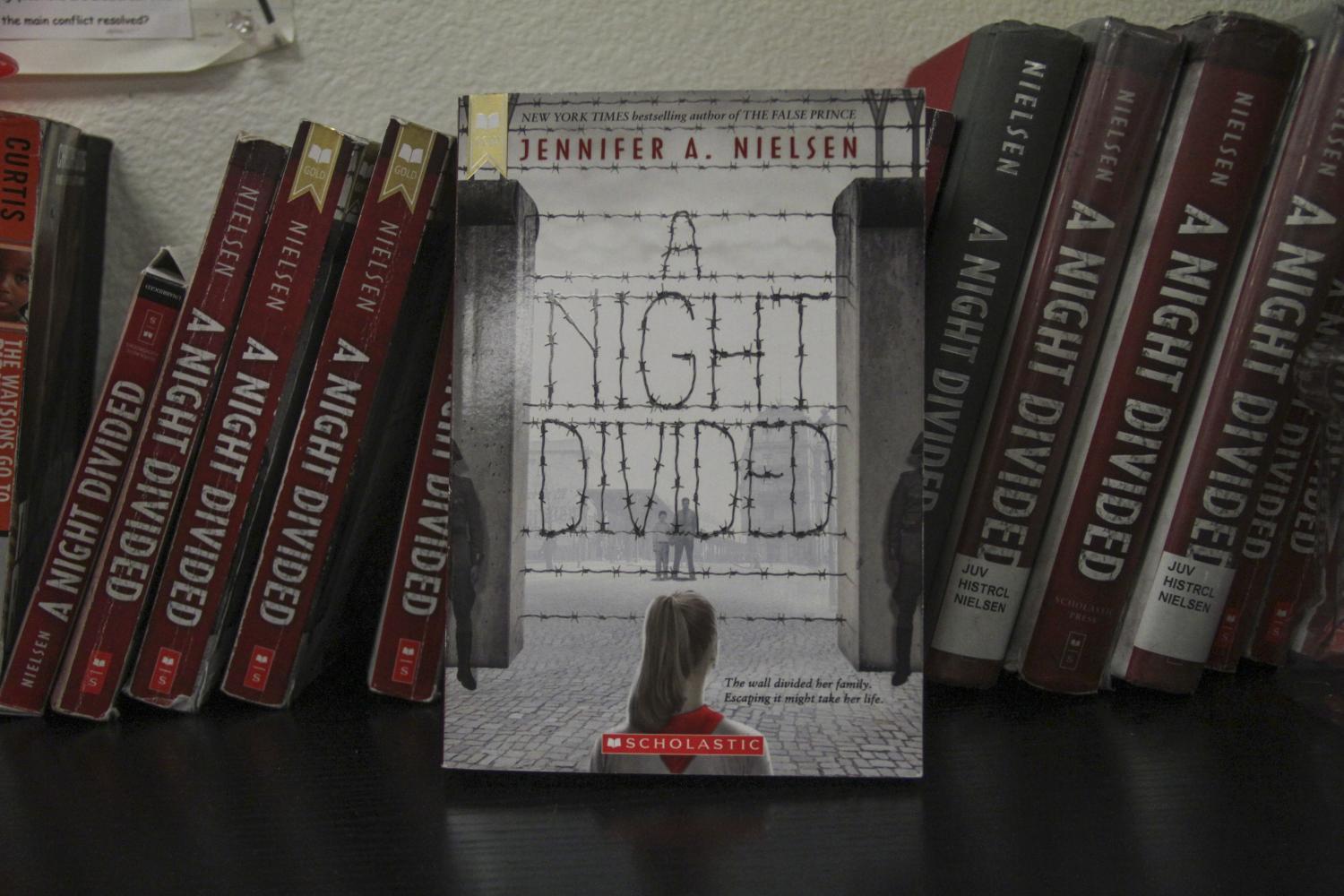 Mariana Dale/KJZZ
A young girl wakes up one day separated from her family by a wall and hatches a dangerous plan to be reunited. That’s the plot of young-adult novel, “A Night Divided.”

“Even though people tried to push her back and stop her, she kept going and succeeded,” Revolt said.

“Brilliant. You grow up that kind of young woman and you’re unstoppable,” Nielsen told her.

“At the end of the book I was thinking to myself ‘wow, I didn’t think a book could make me feel like that,’” Revolt said.

Zander Almond showed the author a picture he’d drawn illustrating a quote from Nietzsche included in the book.

“A thought, even a possibility can shatter and transform.”

Almond visualized the words as red and blue robots in the process of becoming something new.

“Zander, your brain works like that? You’ve got a head on your shoulders. That’s fantastic!” Nielsen said. 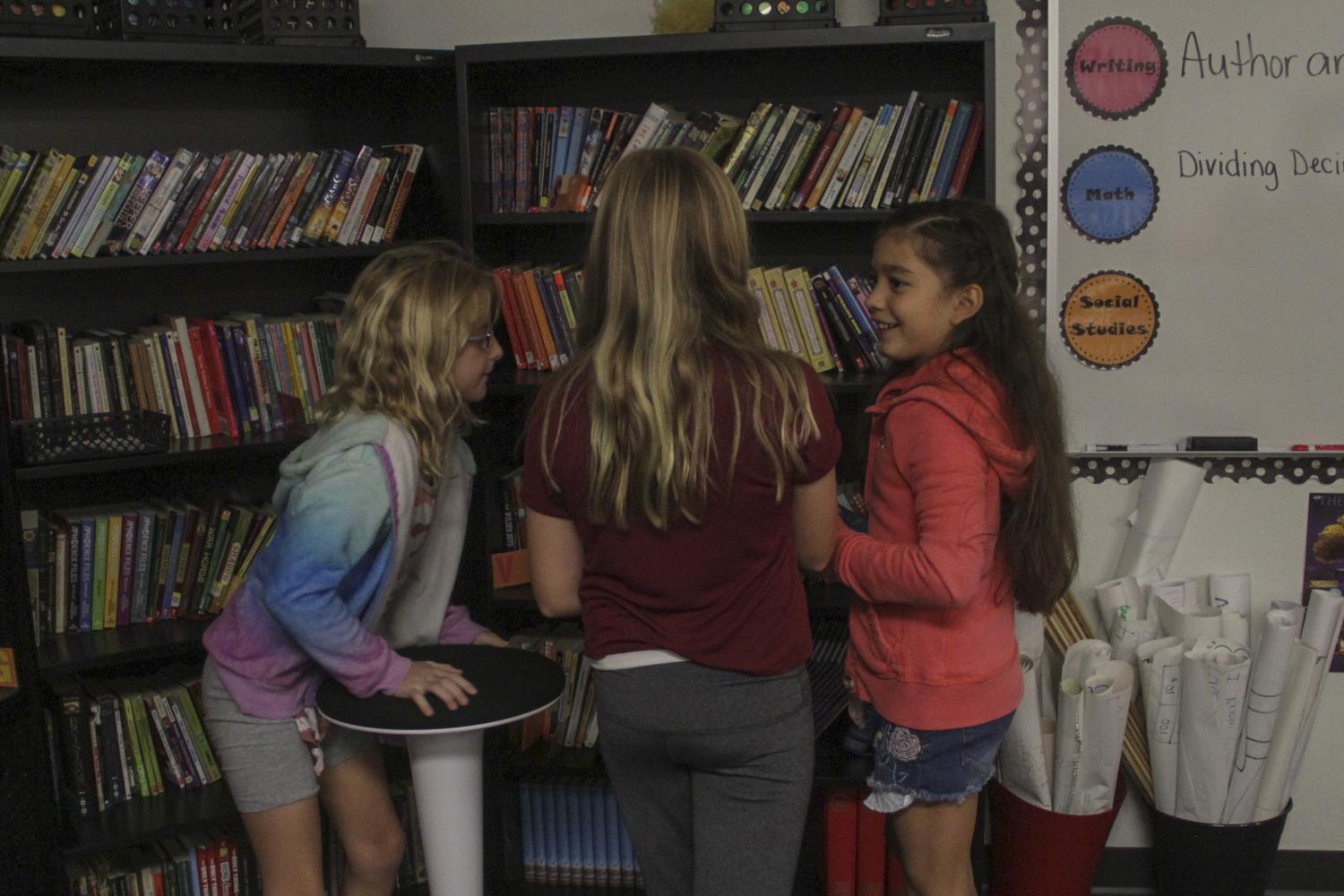 Mariana Dale/KJZZ
Students crowd the classroom bookshelves after talking to author Jennifer A. Nielsen on Skype.

“I just kinda thought that it meant everyone deserves freedom even if you were on the west side or the east side of Berlin,” Larson explained.

“It’s hard to imagine this was ... an actual time when for 28 years people were walled in by their own government,” Nielsen said. “It’s just to keep you grounded in actual history. So it doesn’t start to feel like a fantasy novel.”

Nielsen’s newest book (which many of the students in the class started reading soon after finishing "A Night Divided") is called "Resistance." It’s about a Jewish teenage girl in Nazi-occupied Poland who joins a covert resistance movement.

“Our young people are living in hard times and if we soft pedal stories to them all the time how are we preparing them for the future in which we’re going to have to live and run this world?” Nielsen said.

“If we give kids these stories now, we empower them to change the future later, so that we don’t repeat this.”

EDITOR'S NOTE: This story has been modified to correct the name of a student.