Arizona may have a booming medical marijuana industry. But a recent court ruling could jeopardize one of the fastest growing products — cannabis oil. The case is expected to reach the state's highest court. And it's revealing how the industry is still struggling to find legitimacy, even as more people than ever use marijuana.

Oct. 1 marks the start of a new year for the federal government. And immigration officials have already been processing requests from business owners who want to hire foreign guest workers through the tiny H-2B visa program. In Part 1 of a Fronteras Desk special report on labor and migration, the story of a Arizona-based drywall company that turned to H-2B labor as the economic recovery began and it’s share of the market grew. 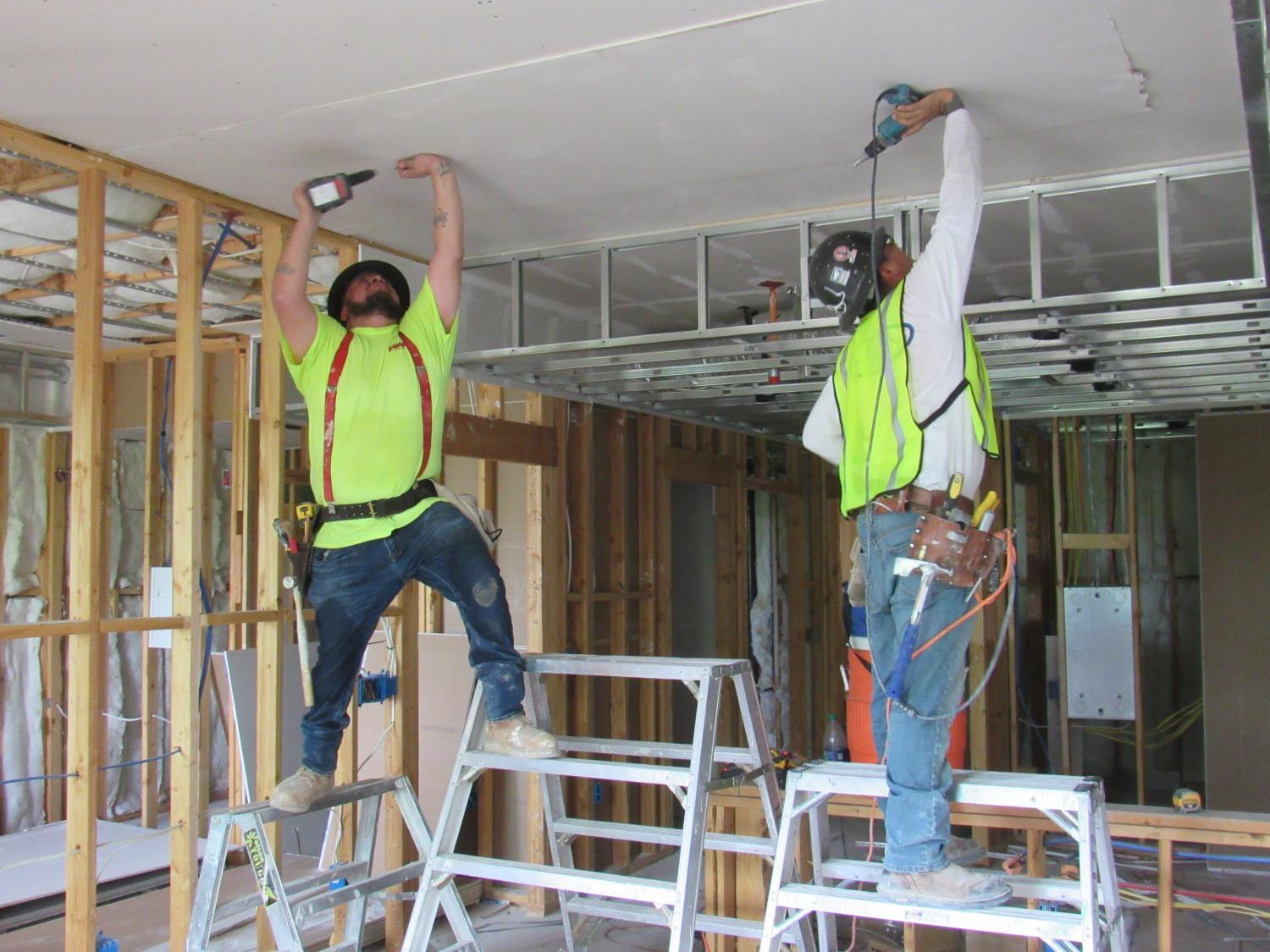 Matthew Casey/KJZZ
Vicente Moran (left) and Mario Moran hang drywall on a ceiling. Each has about 15 years experience in the business, and both have the title, foreman.

Vicente and Mario Moran climbed step ladders in unison, and held a heavy board over their heads. The cousins, who work for the company Paul Johnson Drywall, were in Goodyear, toiling on what will eventually be a senior living center.

“One board will wear you out,” Vicente said. “So you’ve got to be special kind of crazy to do this job.”

Hanging vertical drywall is hard work. Fastening it to the ceiling is even tougher. From the top of their step ladders, the men lifted the drywall in to place. Then they held it up with one hand, reached for their tool belts with the other, and started drilling in screws.

A family of Mexican immigrants, relatives showed Vicente and Mario this business. The entry level wage is around $27,000 a year. Top workers earn more than $100,000.

“Like, so as a matter of fact, our uncle is across the hall right now,” Vicente said. “He’s kind of the one who taught us.” 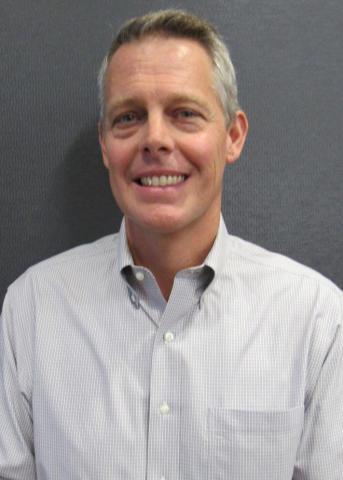 At first, the cousins struggled with the job’s physical and mental demands. But they didn’t quit. Now they both have the title, foreman. Vicente isn’t sure why more people don’t tough it out.

“Hey, if I had an answer to that, we wouldn’t have a labor issue right now,” Vicente said.

“We didn’t get H-2B workers and that’s almost a universal story across the United States for construction for craft workers,” said Cole Johnson, owner and president of the company.

Oct. 1 marks the start of a new fiscal year for the federal government, and immigration officials have already started processing requests from business owners who want to hire foreign guest workers through the H-2B visa program.

“It is an extremely difficult and expensive process,” Johnson said.

The government’s process changed this year, he said. It was less transparent, and officials kept asking for more information.

No H-2B workers has had an effect on the drywall company.

“There’s projects on a daily basis that we decline to bid based on not having an ability to quickly enough train the workforce that we need,” Johnson said.

“This is not just about labor scarcity. It’s about control of workers.”
— Cindy Hahamovitch, University of Georgia

Johnson thinks the problem was convincing the government his need for guest workers was temporary and seasonal. He argues it is, because the slow and busy seasons haven’t changed in 50 years. By hiring U.S. citizens, he said he cut the company’s need for H-2B workers.

“It’s a very tiny program,” said Cindy Hahamovitch, who has studied the H-2B visa, and works as the B. Phinizy Spalding Distinguished Professor of Southern History at the University of Georgia.

H-2B visas are capped at 66,000 annually. For businesses that could prove they faced serious financial harm without foreign guest workers, the government made 15,000 more available this year through a lottery.

When the H-2B program emerged in the 1980s, the idea was to help fill a need for seasonal jobs like a cook at a resort, said Hahamovitch. 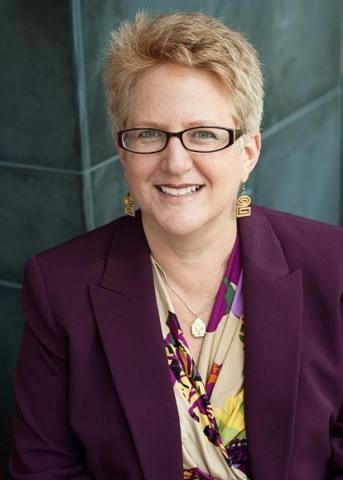 “But we’ve seen the program encroaching into industries that are simply recasting themselves as hirers of temp workers only,” Hahamovitch said.

H-2B workers are bound to their employer in way that U.S. citizens aren’t, she said.

“This is not just about labor scarcity," Hahamovitch said. "It’s about control of workers.”

On the job site in Goodyear, Vicente Moran said guest workers are easier to train than U.S citizens because guest workers' minds are set on making it in drywall — no matter what.

Paul Johnson Drywall had planned to apply for H-2B guest workers again in the upcoming fiscal year. But the company recently changed course, and is investing in a relocation program to build its labor force with U.S. workers.

An Arizona-based drywall company faced with an ongoing worker shortage is turning away from foreign guest labor. Now it wants to build a U.S. workforce by investing in a relocation program. In the second part of a Fronteras desk special report on labor and migration, KJZZ’s Matthew Casey spent a morning finding out what it takes to do a job that experts say many Americans won’t do. 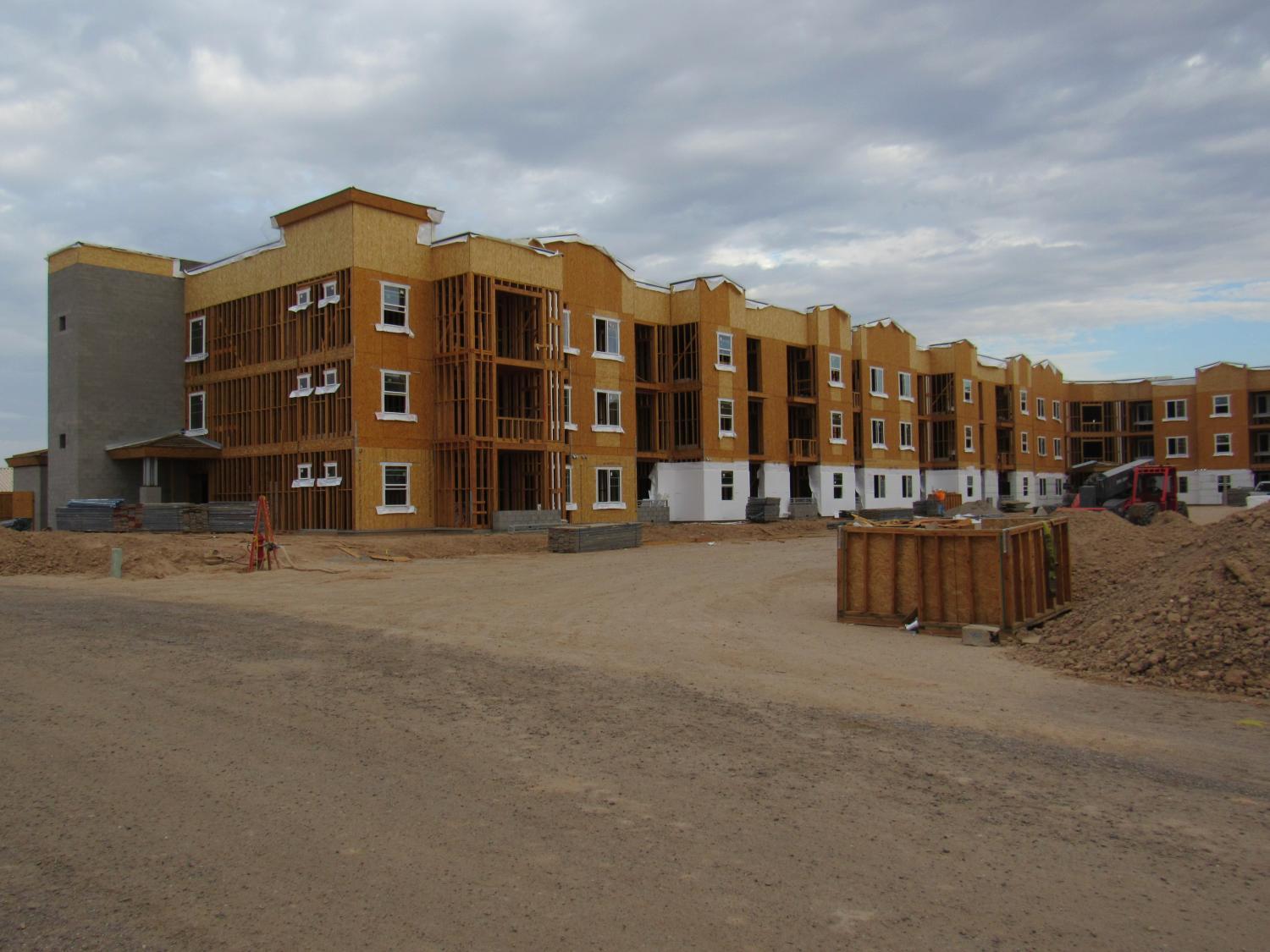 Matthew Casey/KJZZ
The Morans work on this construction project in Goodyear, which will eventually be a senior living center.

It was loud and hot on the second floor of what will one day be a senior living center in Goodyear, where I recently learned the basics of hanging drywall.

The job requires hand tools and a piece of metal called a kicker, which is like a miniature seesaw with a roller for a pivot point.

With a piece of drywall lined up vertically, you kick the end of the miniature seesaw underneath the board, then step on the opposite side, and use your weight to lift it into place.

I did this while a foreman for Paul Johnson Drywall gave advice, and the company’s spokeswoman kept an eye on me. But when I reached for my drill and a screw, I forget to hold the drywall in place.

“Come on, no accidents today,” the foreman said, when I was nearly injured by the falling board.

My huge blunder happened after less than 20 minutes of doing entry-level construction work. Paul Johnson Drywall faces an ongoing worker shortage. The company is turning away from foreign guest labor, and aims to build a U.S. workforce through a relocation program. The hope is to attract a mix of workers who are skilled and unskilled, like me.

“The relocation assistance program that we’re utilizing, the genesis of that was Puerto Rico,” said Cole Johnson, president and owner.

Johnson looked to the island after his company was denied foreign guest workers this year, but ran into snags when prospects couldn’t make it to Arizona, and lacked experience in drywall.

“And that really is what prompted us to broaden our outreach to the entire continental U.S.,” Johnson said. 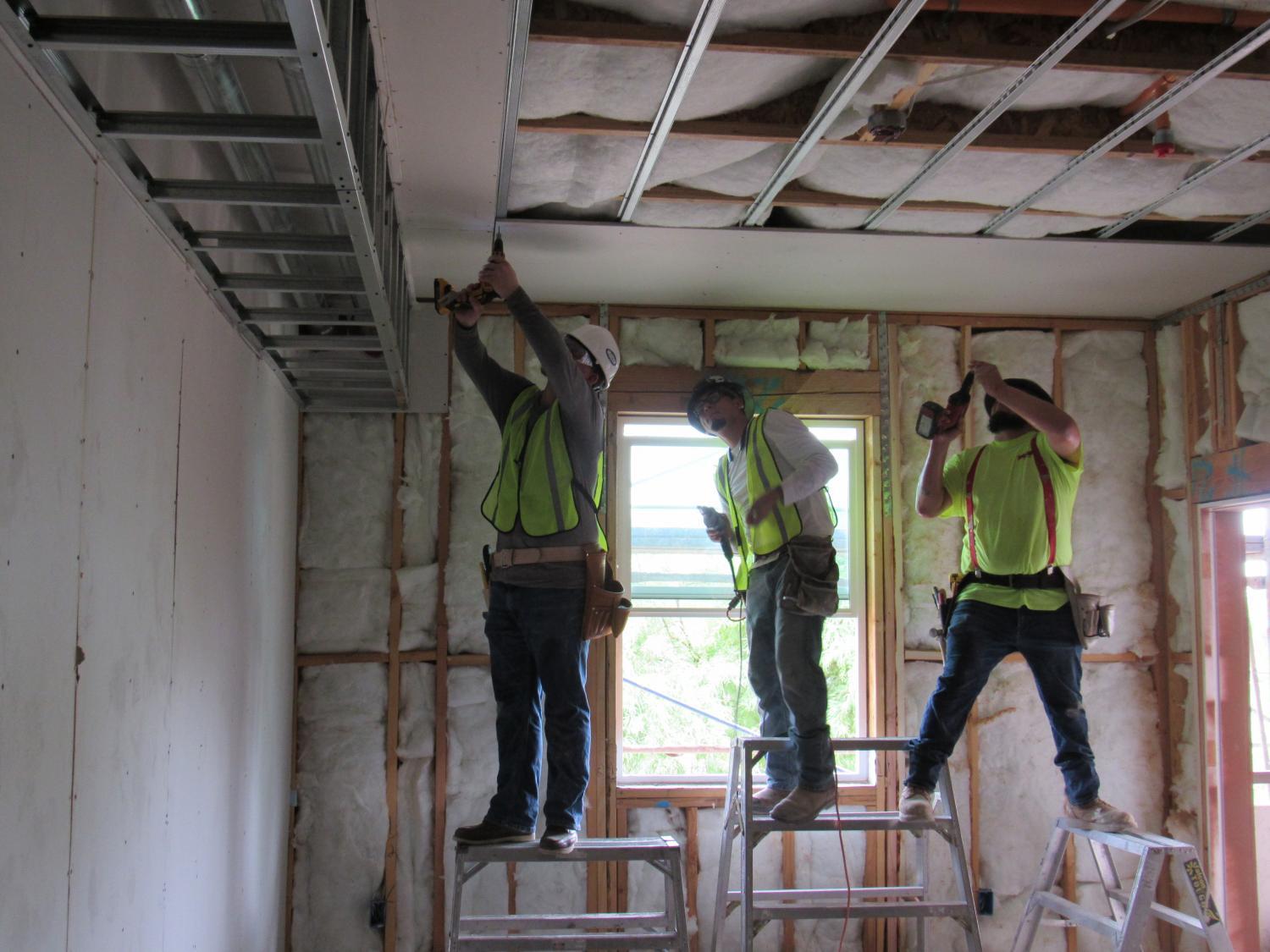 The company prefers candidates with three years of experience. They’ll be guaranteed 40 hours a week, money to help move and pay rent, health care and “higher than average wages.” Paul Johnson Drywall will also take unskilled workers, depending on its ability to train them.

“The range, on the low end, would be in that $12-$13 an hour range for an entry level labor position,” Johnson said.

“These are jobs that Americans have been moving out of quickly because, as I said, the wage is not very high,” said Giovanni Peri, professor and chair of the economics department at the University of California Davis.

Construction, agricultural and service-based companies relied for years on undocumented people for unskilled labor, Peri said. After 9/11, the national dialogue shifted away from the economics of immigration.

“The debate is mostly about how undocumented are costly, are a danger,” he said.

Lost in there, Peri said, is the reality of a domino effect from companies not having enough low-skilled workers.

“If you have a construction company that hires fewer of these people, you will have them also hiring fewer engineers, supervisors, electricians, accountant,” he said.

Not rushing to hang drywall, I decided, was the best way to avoid an injury like the one I escaped. My colleagues worked circles around me and it was clear it would take years to learn the trade and earn more than $100,000 a year like the top people.

The best workers can hang an entire room of drywall in about a day and a half. I did a few boards, and the guys even showed me how to put one on the ceiling. But the heat, the weight of the drywall and 15 pounds of tools on my belt left me drained. After less than two hours, I told my chaperone I’d had enough.

Paul Johnson Drywall hopes its relocation program will eventually bring in about 100 workers a month. It’s taken a little while to iron out the details of the plan. The company says it has been getting calls from prospects, and a handful of people have agreed to come work in the Southwest.