Eight years after the Affordable Care Act (ACA) led to a “shellacking” for Democrats in the 2010 midterms, the party is running again on health care. Meanwhile, Republicans across the country have been quieter on the issue.

The issue is playing a role in the race to replace Jeff Flake as Arizona's junior U.S. senator.

Republican Martha McSally, like the majority of Americans, believes people with pre-existing conditions should not be denied health insurance. 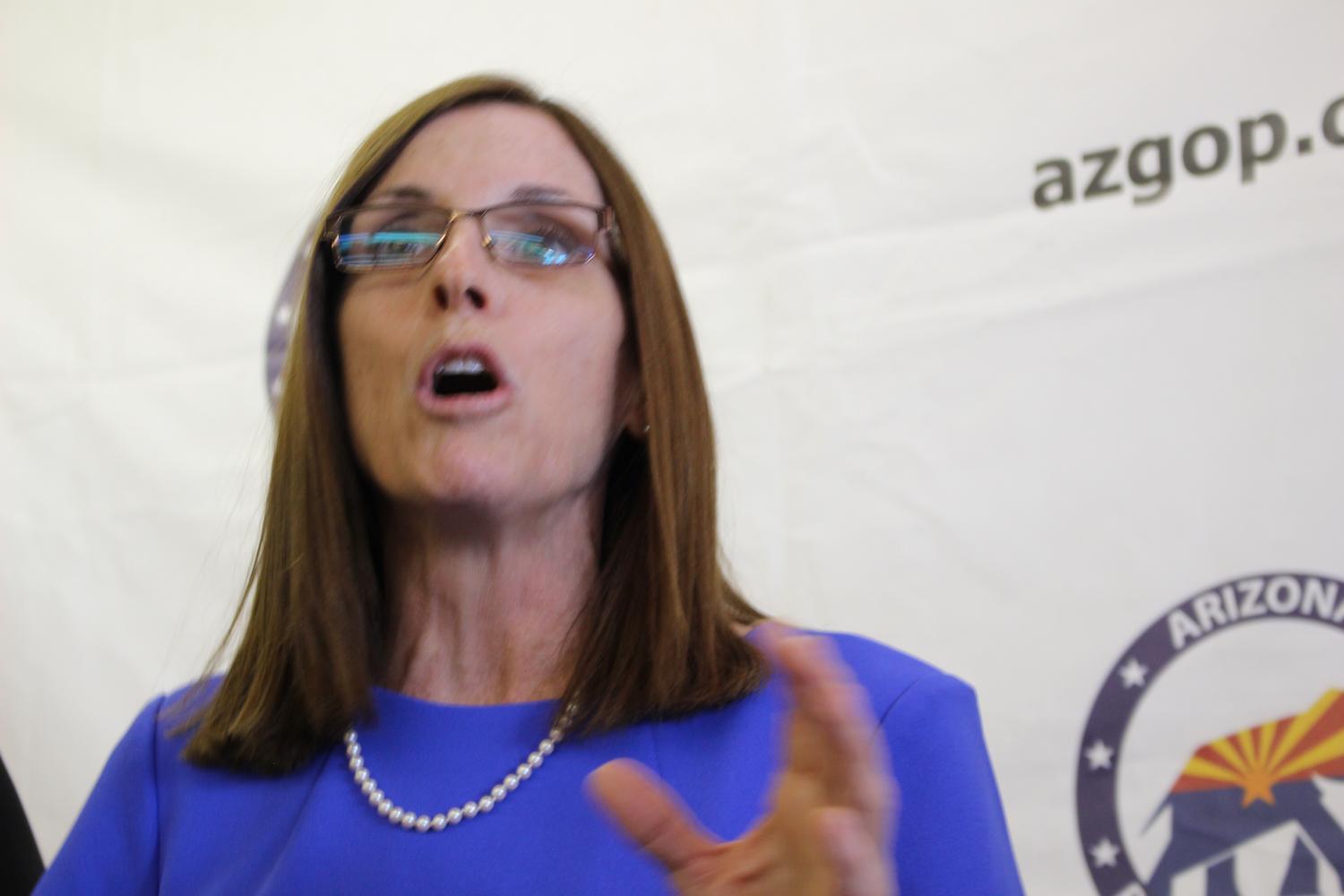 “People with pre-existing conditions should be able to get access to health insurance, right? They should not be denied,” McSally said at a Scottsdale business lunch last month. “People shouldn’t be one diagnosis away from bankruptcy.”

But pre-existing condition coverage is part of the ACA, also known as Obamacare, a law reviled by many Republicans. Last year, McSally joined most of her House Republican colleagues in voting for Speaker Paul Ryan’s overhaul of the law.

“Unfortunately, that major bill didn’t move forward into law,” she said in Scottsdale. “But what we’ve been doing with the administration since then is trying to provide some relief for people who couldn't afford insurance and were being penalized because they weren’t buying insurance that they didn’t want that wasn’t actually meeting their needs.”

Here she's referring to the individual mandate, a part of the ACA that charged a penalty on people who didn’t buy health insurance. The penalty was removed as part of the GOP’s tax bill, something McSally also voted for.

Ending the individual mandate penalty, however, led to a lawsuit from Republican state attorneys general, including Arizona Attorney General Mark Brnovich. If successful, the lawsuit could end protections for people with pre-existing conditions.

As a hedge against that outcome, McSally and others co-sponsored a resolution calling on Congress to act if those protections are struck down by the courts.

It's a tight place for some Republican candidates to be in.

“The health care issue is not, at the moment, particularly good for many Republican candidates,” said Robert Blendon, a professor of politics and public health a the Harvard T.H. Chan School of Public Health. “For their own constituency, they didn’t deliver an alternative law and, for many others, they really don’t want to see some of the protections [and] provisions of Obamacare just rolled back with not a real substitute.”

According to polling from the Kaiser Family Foundation, more adults have a favorable view of the Affordable Care Act than those with an unfavorable view. It’s been that way since spring of 2017. Democrats in swing states across the country are running on health care. In previous cycles, they shied away from it.

In Arizona, Kyrsten Sinema is running on fixing a law her own party passed.

Campaigning at a food bank last month, Sinema rattled off the popular parts of the ACA like the pre-existing condition protection.

But she also said there is a “big pile of stuff that’s bad.” She singled out the plans offered on the federal Obamacare marketplace.

“We’ve had some of the highest [price] increases in the last couple years. And frankly, it’s just not affordable for most Arizonans,” she said.

Sinema’s suggestion is to offer health plans that maybe don’t cover everything Obamacare requires. That would lead to cheaper plans. McSally has suggested that too.

What Sinema doesn’t support is a Medicare for All plan. Over a dozen Democratic senators have co-sponsored a bill for that, and most of them are from solidly-liberal states. 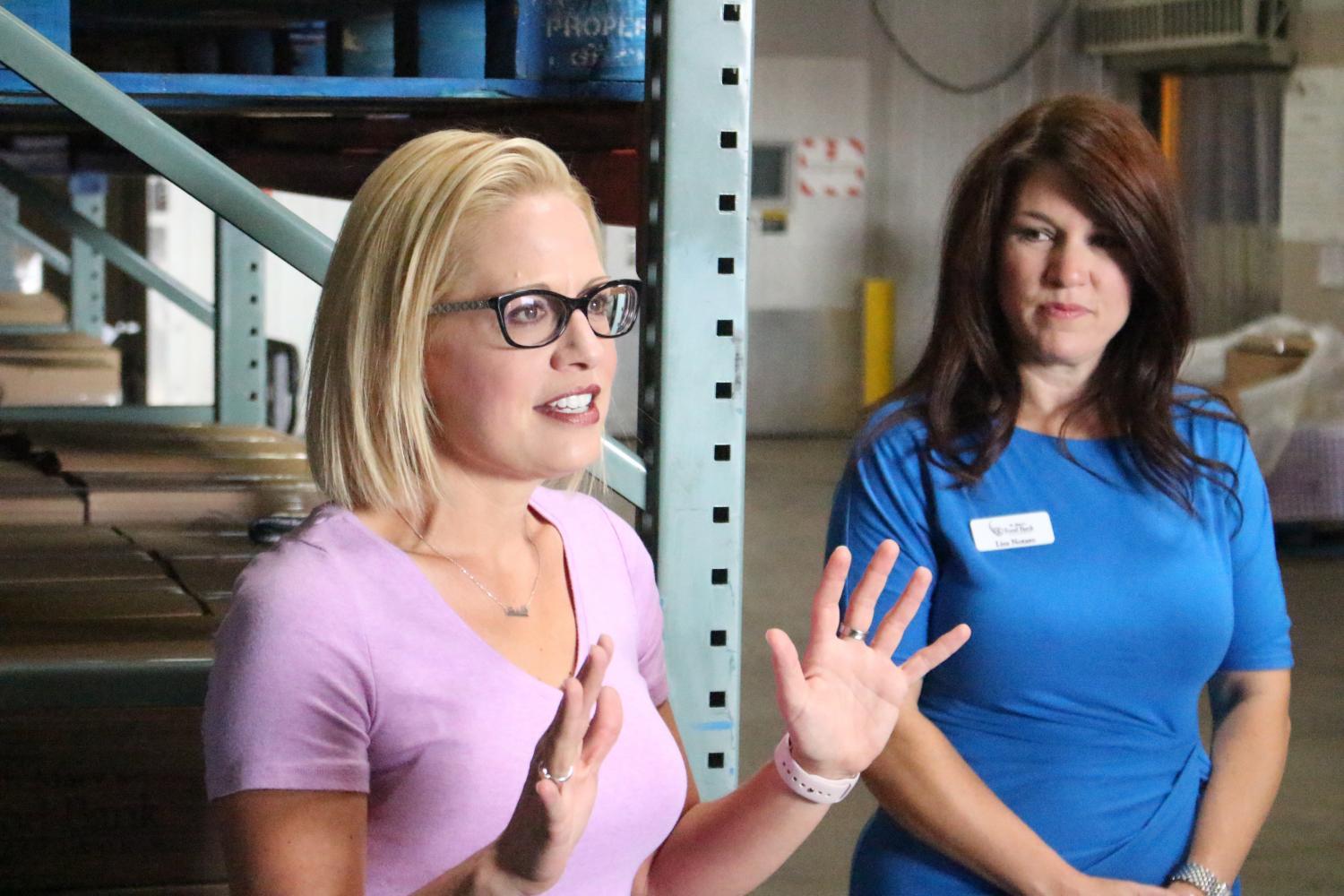 “I’m really focused on the things that are the most practical and that we can accomplish in our Congress — in the group that we have right now,” she said.

Sinema often brings up what she calls the “age tax,” saying the Republicans’ repeal and replace effort would have “taxed” older people. Insurers already can charge their oldest customers up to three times more than young customers. The failed GOP plan would have raised that limit unless states stepped in. McSally said that during the negotiations over the GOP plan, she worked to improve it for disabled people and older people.

To Blendon, the “age tax” line is too in the weeds to have much salience for voters. Effective campaign issues need to contain both important policy items and have emotional resonance.

“If it doesn’t, the ads just don’t — at the end of the day, nobody remembers what the issue was,” he said.

Coverage for pre-existing conditions, he said, is an example of a salient election issue. So is prescription drug prices, something Blendon was surprised both candidates aren’t talking about more.