'There Is No American Indian:' Photographer Documents All 562 Tribes In U.S. 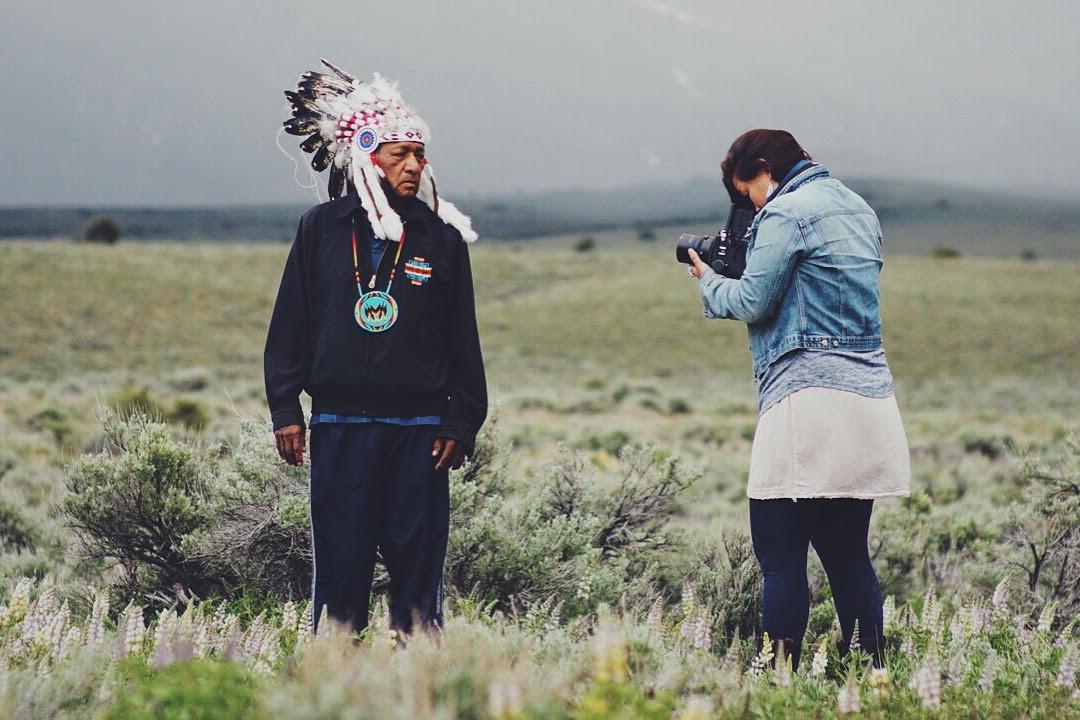 There are more than 562 federally-recognized Native American tribes in the United States, but they are as diverse as the rest of the country. And that’s what one photographer is attempting to capture in what she’s calling Project 562.

For the last five years, Matika Wilbur has been travelling around the country gathering portraits, video and oral histories from Native Americans of all stripes. So far, she’s been to about 400 tribal communities.

The Show's Lauren GIilger spoke with her more about it.

LAUREN GILGER: Wilbur told me the project started when she was a teacher on her reservation in Washington, and she found she couldn't put together enough imagery by native people that represents native people for a photography curriculum.

GILGER: So she had to do something else. So the project began and it grew.

WILBUR: We started looking at like, well, we'll do with Washington state first, we'll start by looking at just the narratives from Washington state and then with that, well, we have to teach them about Pueblos. And we have to teach them about Cahuillas and bird singers and, well, if we're going to do that, then of course we have to talk about the Apaches. And then of course before we do that, we also need to talk about the southern natives and the black native experience and the Seminole and Miccosukees. And then, well, if we're going to do the whole southern United States, we have to do the North as well.

So then it was decided that the best way to go about teaching is to include all of the tribes, because of course our tribes are sovereign nations. We're individual, independent nations that have particular stories, pedagogies, epistemologies that are specific to each of those tribes. And so you can't really — there is no pan-Indian identity, there is no American Indian. There is no Native American. Those are all just constructs that were made up that aren't real, right? They're not deeply rooted in our place-based identities or in our own understandings of ourselves. And so to properly teach about these tribal nations, you'd have to represent each one individually.

GILGER: I wanted to talk about your travels here and about sort of your personal experience doing this. So when you're going tribe to tribe, you're traveling around the country and meeting all of these people. This is often in remote locations. What's the experience like? Can you describe it for us?

WILBUR: Oh man, it's been a whirlwind of a journey. I've been deep into the Grand Canyon to visit the Supais by helicopter. I've been on airboats out to islands in the Everglades to visit with the independent Seminoles. I've been taking 10-hour ferry rides to as far north as you can go in Alaska to go whale hunting. I've also like driven an hour outside of L.A., you know, or visited tribes in Austin or in Minneapolis or in Seattle.

And so it's been this incredible adventure. I've been to every state. And you know sometimes it's been monotonous and dull, and sometimes it's been terrifying and other times it's been like ... my wanderlust feels fully nourished and my soul feels complete. You know, it's like, it's all those things because it's my life at this point, it's something I've been doing for so long now that it feels normal to me.

GILGER: Let's talk about the goal here. So I mean your website says, right, that the goal of this is just sort of counter some of these common stereotypes like you mentioned initially there about Native Americans and that term across the country and show the diversity of who Native Americans are here in the U.S. Give us a sense of that diversity. Is there any way that you can encapsulate just how different this is than that term Native American?

WILBUR: Yeah, I'll just give an example. Like this summer I've been to photograph the Indigenous Women Hike up in the Nuumu Poyo, who are really reconnecting and regenerating their relationship with their ancestral territory, which is commonly known as the John Muir Trail. But really those footpaths predate Abraham Lincoln signing over federal land. So I went and photographed all of those Paiutes way up in the Sierras.

I went on a canoe journey and I photographed tribal members from the northwest coastal tribes. And I photographed people on canoes and took their portraits and did a project about honoring our medicines. And this week I'm heading to Oregon and I'll be putting together a mural for Portland state so I'm photographing the ladies that are running for Congress in Idaho and I'll be photographing a restaurant owner and I'll be photographing an attorney and a matriarch and so, of course, like the human experience is varied and that's very much the same thing in Native America despite the insipid, one-dimensional stereotypes that mostly represent us in massive media or on Hollywood.

And so all over the country, we find that native people are at the forefront of almost every major environmental protection movement in the United States. And I wouldn't necessarily call that environmentalism but rather an effort to maintain and protect our original identities. And so we are the people of the blue-green water, the people of the tall pine trees, the people that live within the four sacred mountains, or myself, you know, the people of the tide. And so that's complicated because colonization's main effort has been to take over that land and to sever our relationship with the land.

And so I think that's why we see, all over Indian Country, we see native people at the forefront of almost every major movement in the United States. Like in Washington state you have the Lummi saying, "Shell no to coal exports," and of course we saw in Miccosukee in the Everglades a major effort to restore the Everglades. The Paiutes are still fighting for water rights that are being brought down to Los Angeles, all the water that's fueling L.A. We see it with our Anishinaabe relatives who are fighting for the lakes. We see it in Standing Rock, North Dakota where we saw the largest major environmental protection movement in the United States against the Dakota Access Pipeline or the Keystone pipeline.

GILGER: Matika Wilbur is a photographer and the founder of Project 562. Matika, thank you so much for joining us to talk about this today.

WILBUR: Oh, yeah. Well, thanks for having me. I really appreciate it.