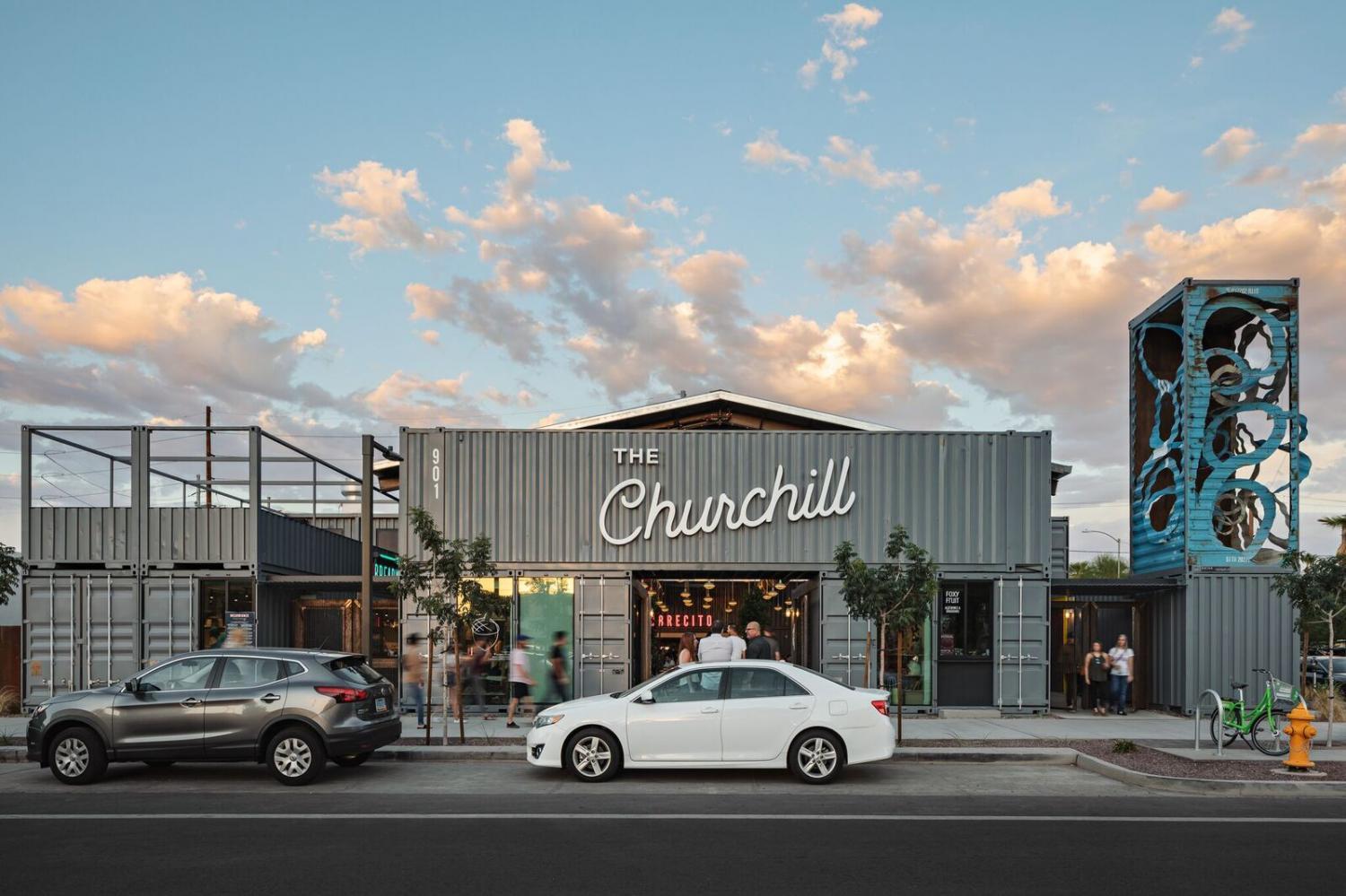 Roehner+Ryan
The Churchill, restaurant and marketplace.

The project at 1st and Garfield streets is called The Churchill after the Evans Churchill neighborhood. It features 19 steel corrugated boxes originally used to ship products overseas. Architect Brian Stark says some may have dents and dings, but that’s part of their mission.

“Let’s use something that’s already had a useful life and give it new life,” he said. “There’s a romance to that. It’s been all over the world and now it’s sitting here in Phoenix.”

Each container has its original doors and wood floors. The boxes surround a courtyard with large fans and evaporative coolers. The shipping containers range in length from 20-to-45 feet with some tenants using just 320 square feet.

“It makes it a really cool type of incubator for people to get in at a relatively low threshold and test ideas,” Stark said. “So, you’re starting to see a lot of really cool concepts coming through that a lot of times people wouldn’t have the opportunity to do that but because the space is so small and financially it works out.”

He said all tenants are local and include a mix of retail, restaurants and bars.