Arizonans lined the streets and mourners gathered at a church Thursday as a motorcade carrying Sen. John McCain's body left the state Capitol for a second day of memorial services for the maverick politician, former prisoner of war and two-time presidential candidate.

People holding American flags and campaign signs with the word "McCain" stood along parts of the 8-mile route as the hearse made its way toward the North Phoenix Baptist Church for a commemoration featuring Vice President Joe Biden and other dignitaries.

“When his family comes by here they're gonna see a lot of people that were willing to stop what they're doing and show that John McCain was something very important in their lives,” said Peter Keith as he stood with his wife Cindy and their infant granddaughter who waved a small American flag. 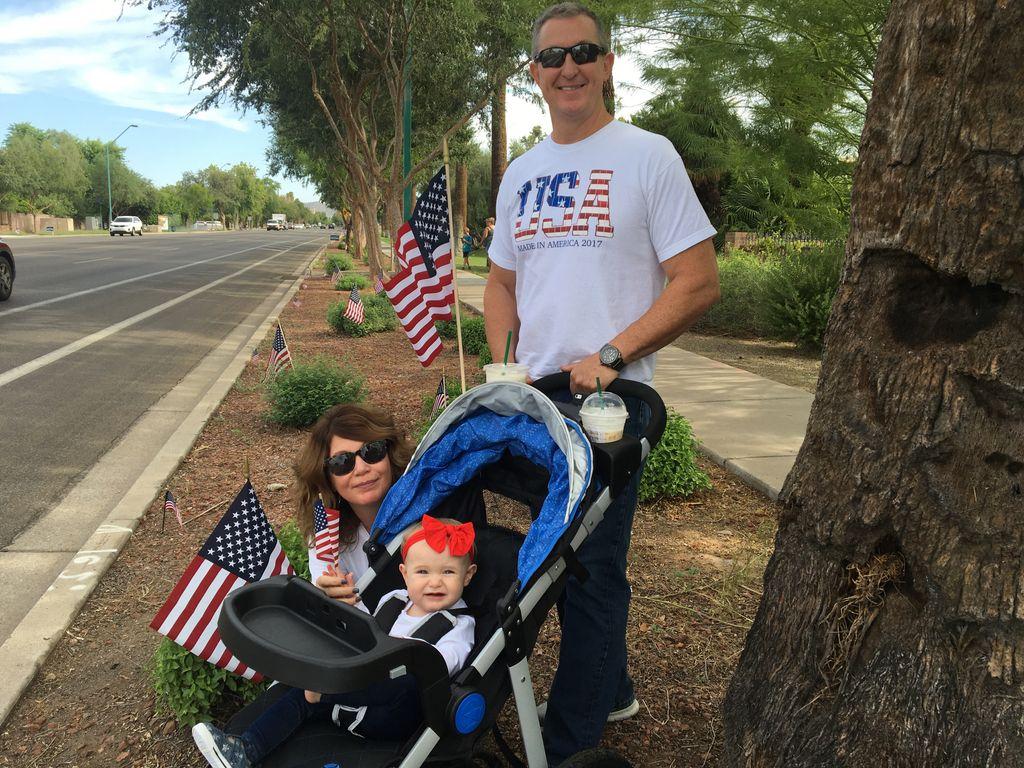 Mariana Dale/KJZZ
Peter and Cindy Keith want John McCain’s family to see people on the motorcade route and know his integrity was supported.

“Men with his character makes us proud to live here and gives her...pride that she lives in a country where there are people with integrity and strength of character,” Cindy Keith said.

A few firefighters saluted from atop a fire engine parked on an overpass when the 11-vehicle motorcade with a 17-motorcycle police escort passed underneath on Interstate 17. Cars on the other side of the highway stopped or slowed to a crawl in apparent tribute.

Back on Central Avenue, Sheila Sisk parked her bike a few blocks up the road. She was in the Army Reserves and wanted to pay her respect to a fellow veteran.

“He just seems like a really good man to me — straightforward,” Sisk said. “Not everybody agreed with what he said, but it was his way and he felt strongly about it.”

Another veteran, Harry Kee, called McCain the “backbone of the United State and of Arizona.”

Standing by the route of the motorcade, waving an American flag, Irene Baeza-Gonzales said McCain was a great politician who “always liked to reach across the aisle to get things done, have a good debate and then go have a beer — and that's the way things should be.”

“It’s important for them to understand the past if they’re going to help make the future as bright as we hope it to be,” Carson said.

Student Abigail Rowley says McCain was a great man who worked hard for Arizona and the country.

“To be a good leader well you need to do the right thing even when no one’s looking and you know right from wrong, no matter what,” Rowley said. “So if something’s wrong and people might disagree with you you still do the right thing.”

As Abigail and her classmates returned to class today, people from all over the country and world came out to honor McCain at his memorial service.

Thousands filled the North Phoenix Baptist Church to remember the senator and hear from longtime friends.

Isang Hwang is the deputy consul general from the Republic of Korea. He brought with him a letter from his country’s president for the McCain family.

“His life is a reminder of what it means to be a true patriot. And the Korean people and the Korean government will not forget him forever,” he said.

Hwang also presented a portrait of the late senator painted by a local Korean-American artist. 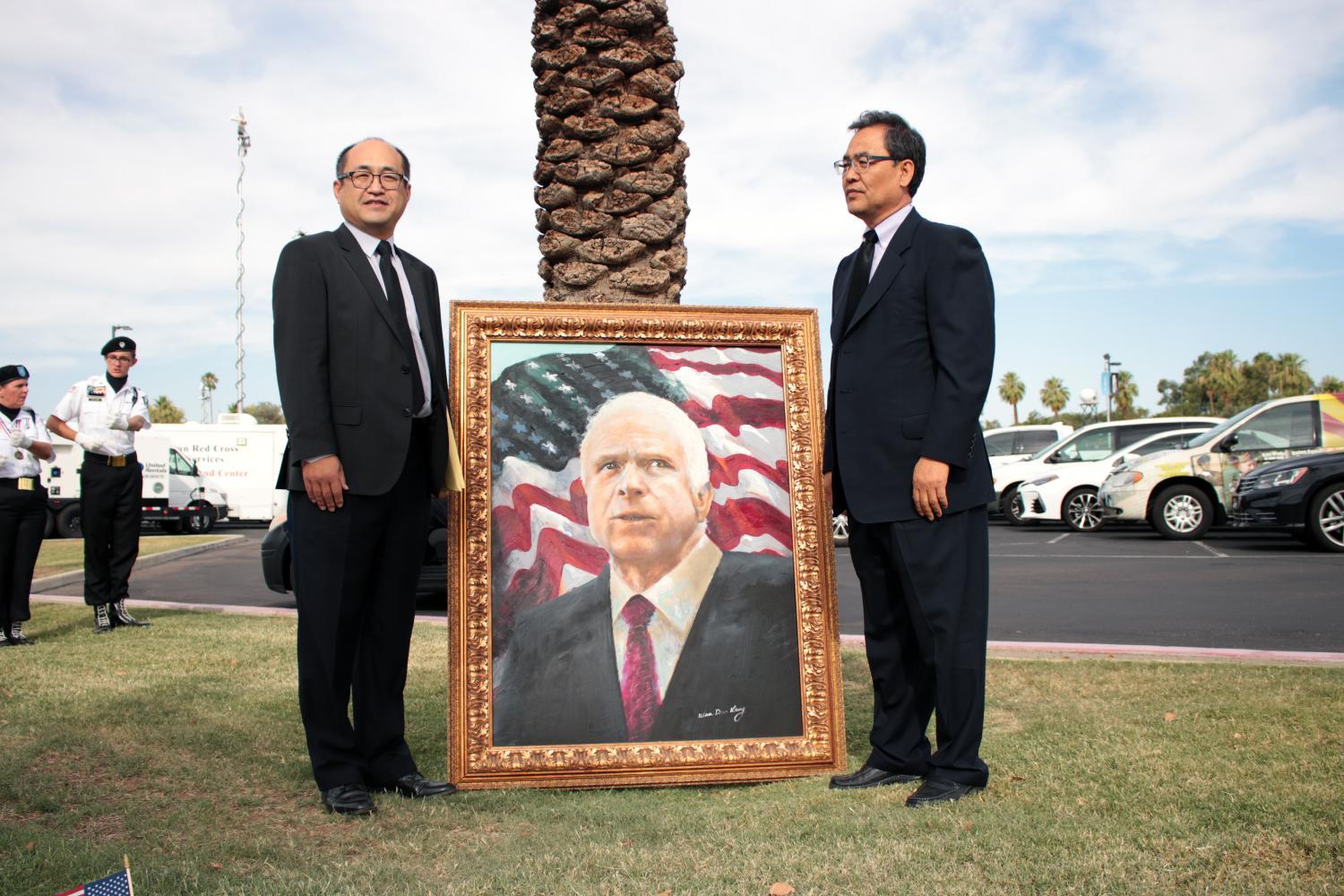 Jackie Hai/KJZZ
Deputy Consul General Insang Hwang (left) from the Republic of Korea consulate in Los Angeles stands next to a portrait of John McCain painted by a local Korean-American artist.

Former Vice President Joe Biden was among speakers at the public church service that began at 10 a.m., which was attended by dozens of senators, other politicians and some professional athletes.