Everyone Has A John McCain Story: Thousands Pay Tribute To Arizona Senator

Hours before Arizona Sen. John McCain was lying in state at the Capitol, American flags were springing up on the roadside in Phoenix.

Arizonans were paying tribute to a lost son.

“He is an American hero and so an American flag is fitting,” Max Fose said as he walked Central Avenue with flags tucked under his arms.

A former McCain staffer, Fose arranged the small memorial that would line a stretch of the motorcade route from the Arizona capitol where McCain would lie in state all Wednesday.

MORE: A Salute And Song Close A Day Of Remembering John McCain

By the time the doors closed, as many as 15,000 people had come to pay their respects.

“He transformed American politics. He crossed party lines he did what he thought was right — even when it wasn’t popular,” Fose said of the late senator.

Later that morning, service-men and -women awaited the senator’s arrival to the capitol on what would have been McCain’s 82nd birthday.

Inside, McCain’s family, friends and political allies honored him.

"When John McCain called on us to serve a purpose greater than one's own self-interest, it wasn't a talking point designed to win the next election. It was how he had actually lived his life,” said Arizona Gov. Doug Ducey.

This sense of McCain, as someone who believed entirely in America and its people, wasn’t just shared by his close friends.

It seemed everyone waiting to visit the senator’s flag draped casket had a McCain story.

John Ballenger, a Vietnam veteran, just happened to meet the senator for the first time several years ago at a Memorial Day ceremony.

“I said I’ve got two purple hearts, too. So he reached out and grabbed me and gave me a big bear hug. And he whispered into my ear. He said, 'Why didn’t you come get me?'” Ballenger recalls.

“I said, ‘If I’d known it, I’d have been there in a heartbeat.' We really bonded right then and there.”

Ballenger holds a photo of the two men, embracing like old friends. Underneath it, a handwritten note he brought for the late senator: “You are truly an American hero and I count it an honor to have met you and to have served the same time in Vietnam.”

Sister Mary Nell Gage came all the way from Denver when she heard about the ceremony. Pins from McCain’s presidential runs were still tacked to her shirt.

She says McCain served more than just his home state “but the entire welfare of the whole country, having in mind what are the best interests of all the people.” 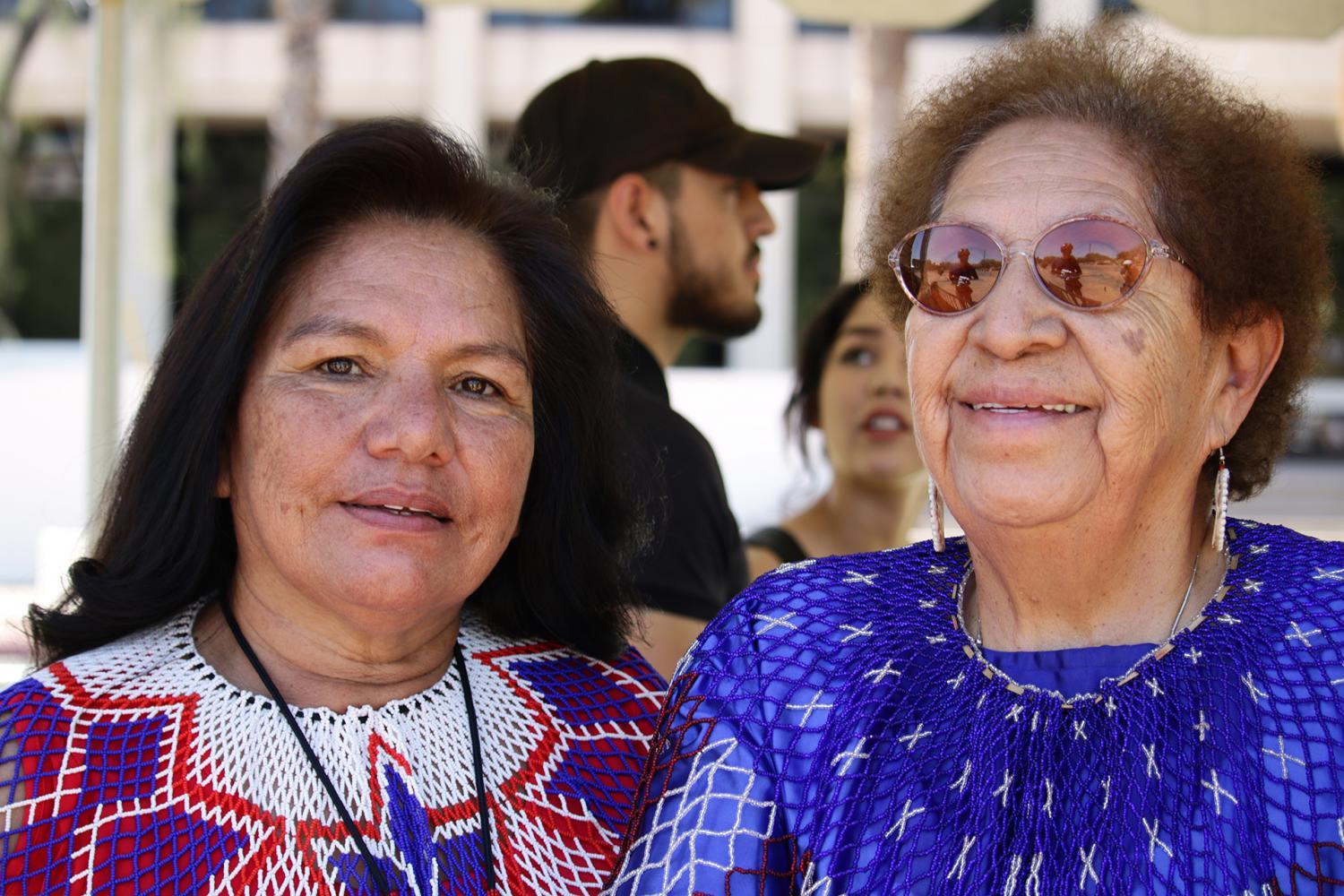 A former Hualapai Tribe chairwoman, Benson drove from Cherry Springs to the Capitol where she waited in line to see the senator.

“He was always there to welcome us — just a very special man,” Benson said.“Maybe we disagreed with what he had to say sometimes, but we always came out of his office feeling good.”

Benson called him the “last pioneer for the state of Arizona.”

Even those who never had a chance to meet him, felt they knew him.

Chasity Pullin grew up in Arizona. She barely remembers a time when he wasn’t her senator.

“I feel like he’s our local hometown hero,” she says. “He was a real person and he treated you like a real person.”

“John McCain is a hero and he’s a hero of our time and he made bold decisions and committed to things and stuck with it,” Cox said.

On Thursday, McCain will leave the state he loved so much for the last time and be brought to Washington D.C.

There, he will lie in state at the U.S. Capitol before his burial this weekend. 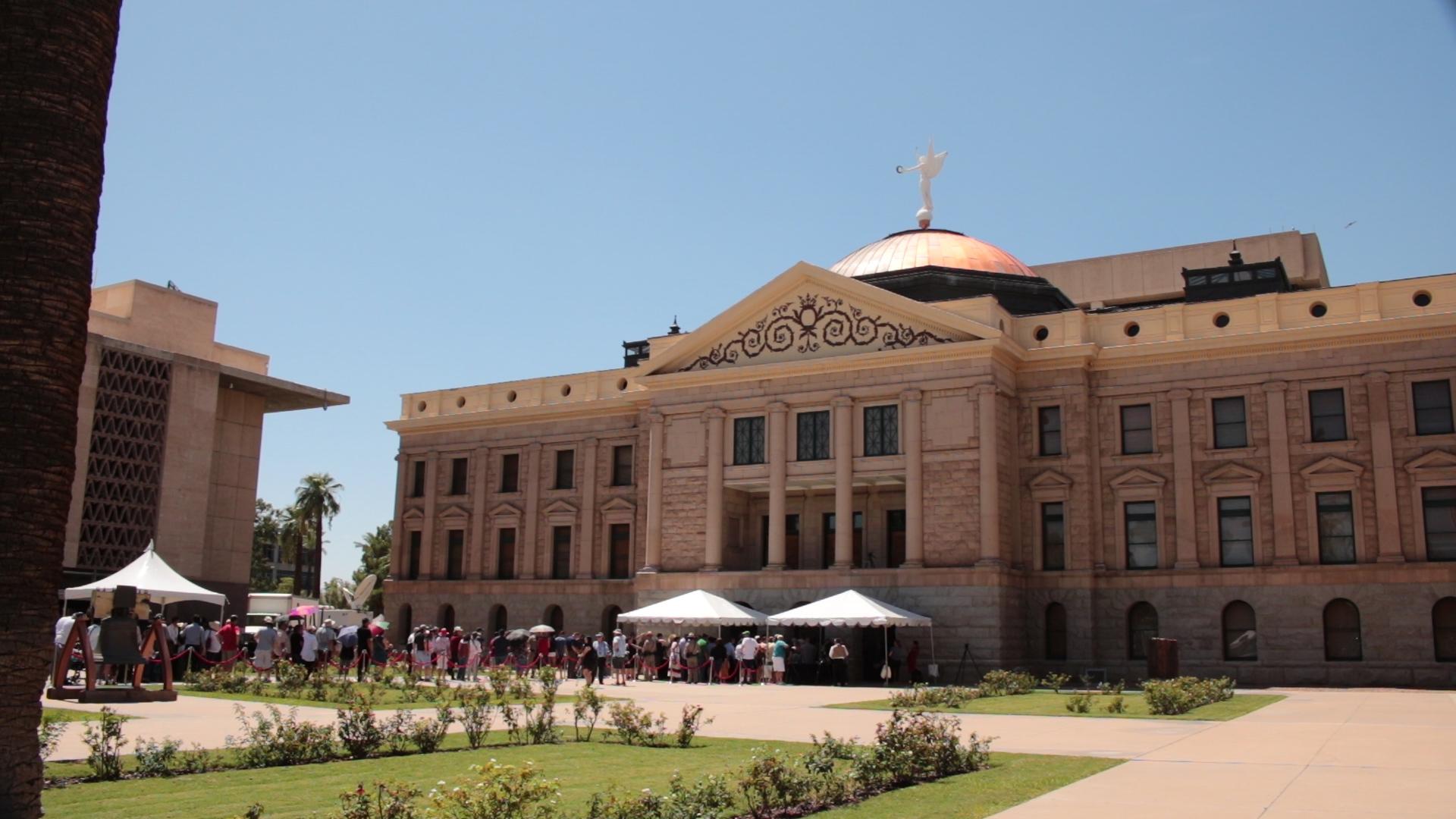 Jackie Hai/KJZZ
People began to enter the Arizona Capitol just before 1 p.m. to pay their respects to Sen. John McCain on Aug. 29, 2018.