A Salute And Song Close A Day Of Remembering Arizona Sen. John McCain 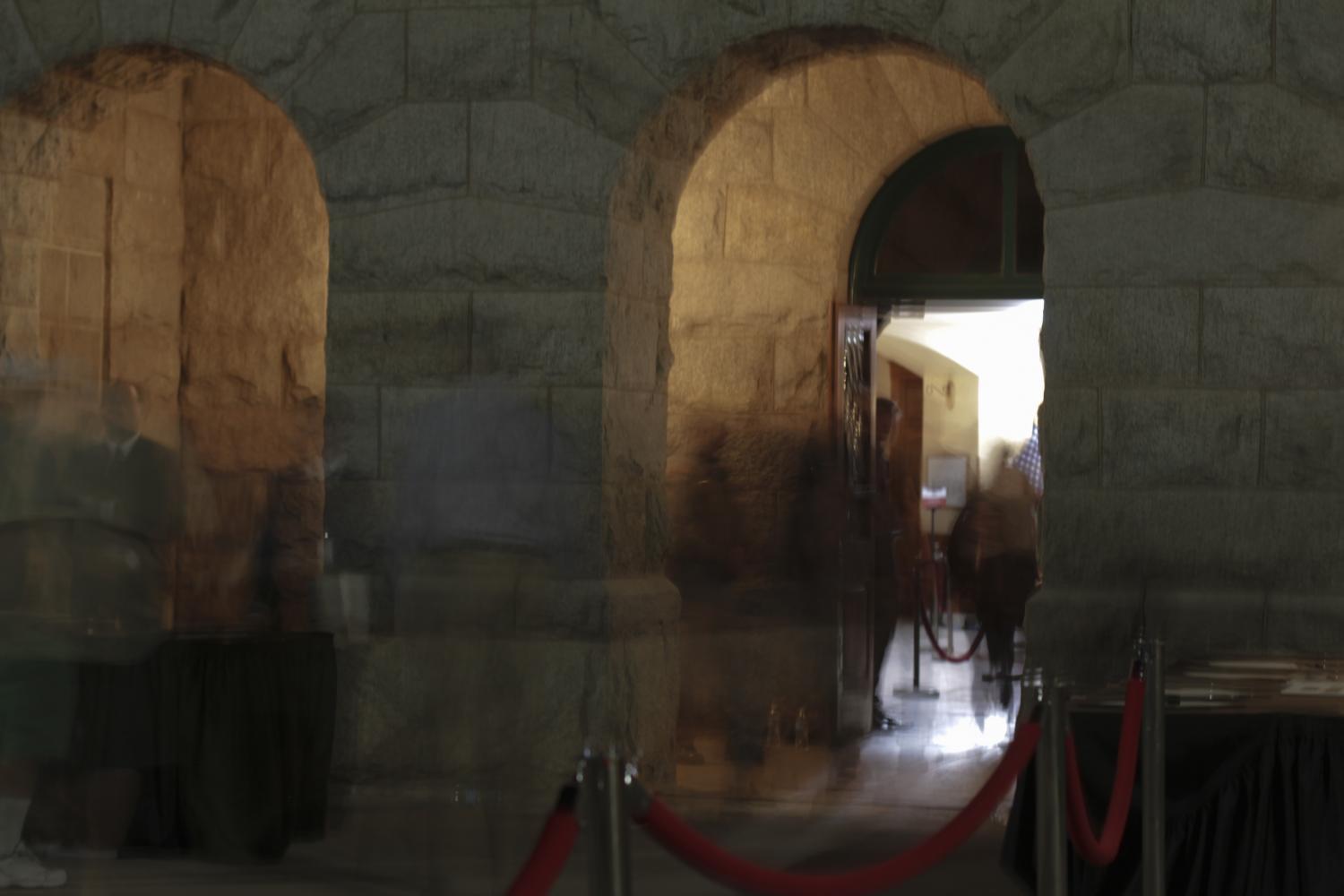 Mariana Dale/KJZZ
Thousands of people came to pay their respects to Sen. John McCain. His staff estimated more than 15,000 people visited the Capitol on Aug. 29. 2018.

Dawson, 16, had been doing homework. His mom, Candace, was watching the livestream.

She and her husband both have family that served in the military, that’s part of why they wanted to pay their respects to Arizona Sen. John McCain.

It was 8:40 by the time they reached the Capitol. The temperature had dropped to the 80s from a high of 105 earlier in the day and the air was still warm.

“They’re the last ones,” said a Arizona Department of Public Safety officer as he opened the doors.

Inside the rotunda the air was still and cool.

A member of the DPS honor guard stood on each end of McCain’s casket which was wrapped in an American flag. Their white gloved hands were clasped together.

The family took a few moments to walk the length of the room before heading back into the warm night.

“He was just an incredible human being,” Candace said.

"It’s like any very impactful moment where you see it, you don’t totally believe it,” Dave said. “It’s one of those things that later on you’ll reflect on.” 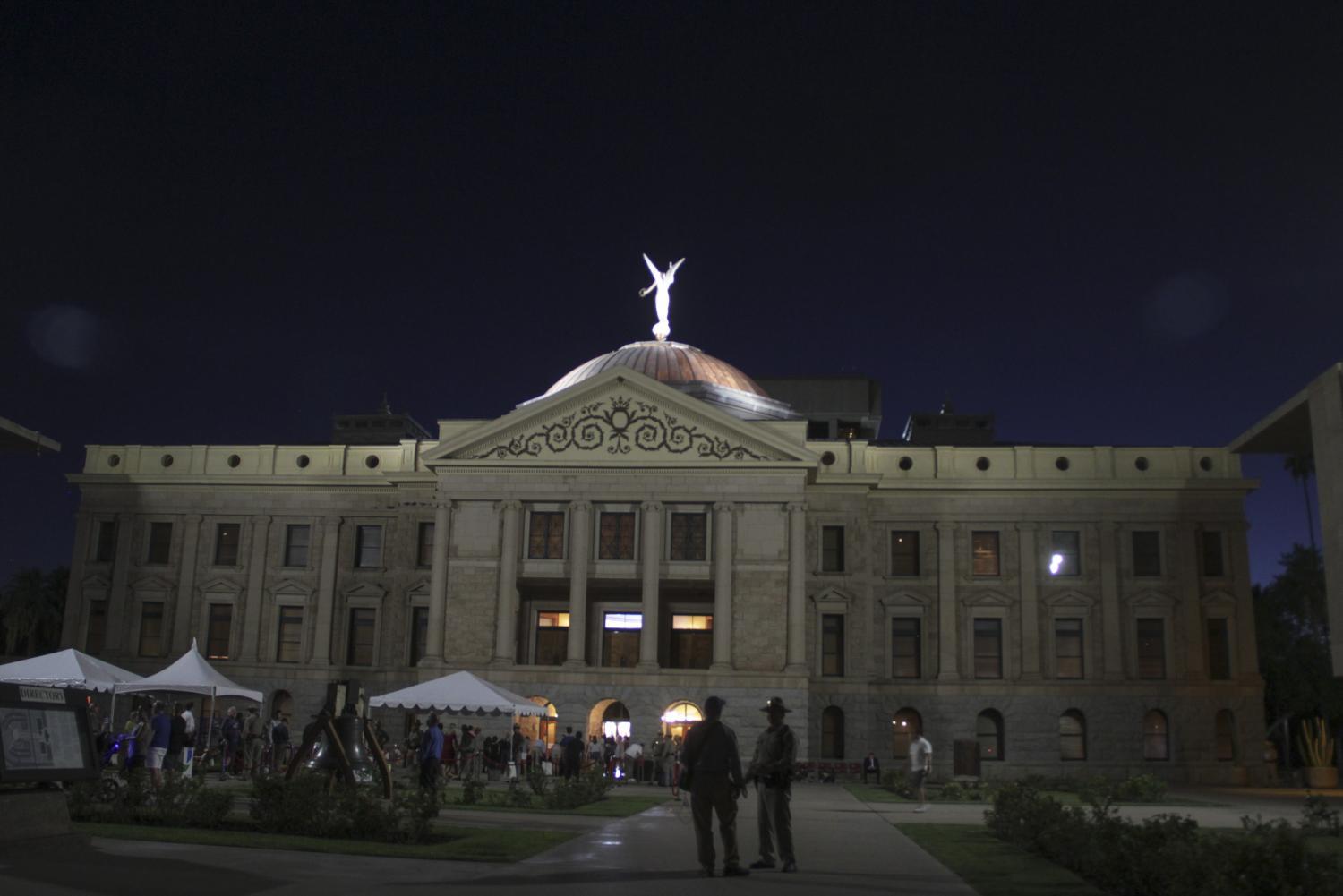 Mariana Dale/KJZZ
Sen. John McCain is only a few to lie in state at the Arizona State Capitol Museum Rotunda.

DPS estimated there were more than 7,500 people who came to the Capitol to honor McCain Wednesday. McCain's staff reported more than 15,000 people.

Another one of the last people in line was Jerry Ramirez,  a veteran from a military family. He felt an obligation to come and while in line he imagined where McCain is now.

“I just hope he can say hello to my Pops,” Ramirez said. “I’m sure they’re up there in the VFW together right now.”

The Veterans of Foreign Wars is a veterans service organization.

Gail King reflected on McCain’s service and his humanity.

“I just hope that as we continue to see what’s unraveling in D.C. that it touches a lot more people that the new generation, the people now in politics, look at it from a more humanistic point of view.”

“To have a loss. If you’ve had your own family being lost it’s really heart hurting,” Sanchez said. “Luckily they have a lot of community, people around Arizona coming to visit.”

Veteran John Graves bids a sonorous fairwell to John McCain after the doors close to his public viewing in Arizona. pic.twitter.com/WSaTpzYzJ4

By 9 p.m. staff started carrying equipment from the rotunda and packing up tables and boxes.

Back at the Rose Garden John Graves paid his final respects in a different way.

The  Army veteran stood in the rose garden saluting the building where McCain lie and singing the Star Spangled Banner.

A chorus of crickets backed his sonorous voice.

The performance was impromptu and the crowd was small — mostly journalists and a few remaining mourners.

“I  just felt that God’s given me a gift,” Graves said. “I just felt like I needed to do something and that was my respect to him.”

After a memorial service in Phoenix Thursday, McCain’s body will be flown east. He will lie in state at the U.S. Capitol building, then be buried at the U.S. Naval Academy Cemetery in Annapolis, Maryland. 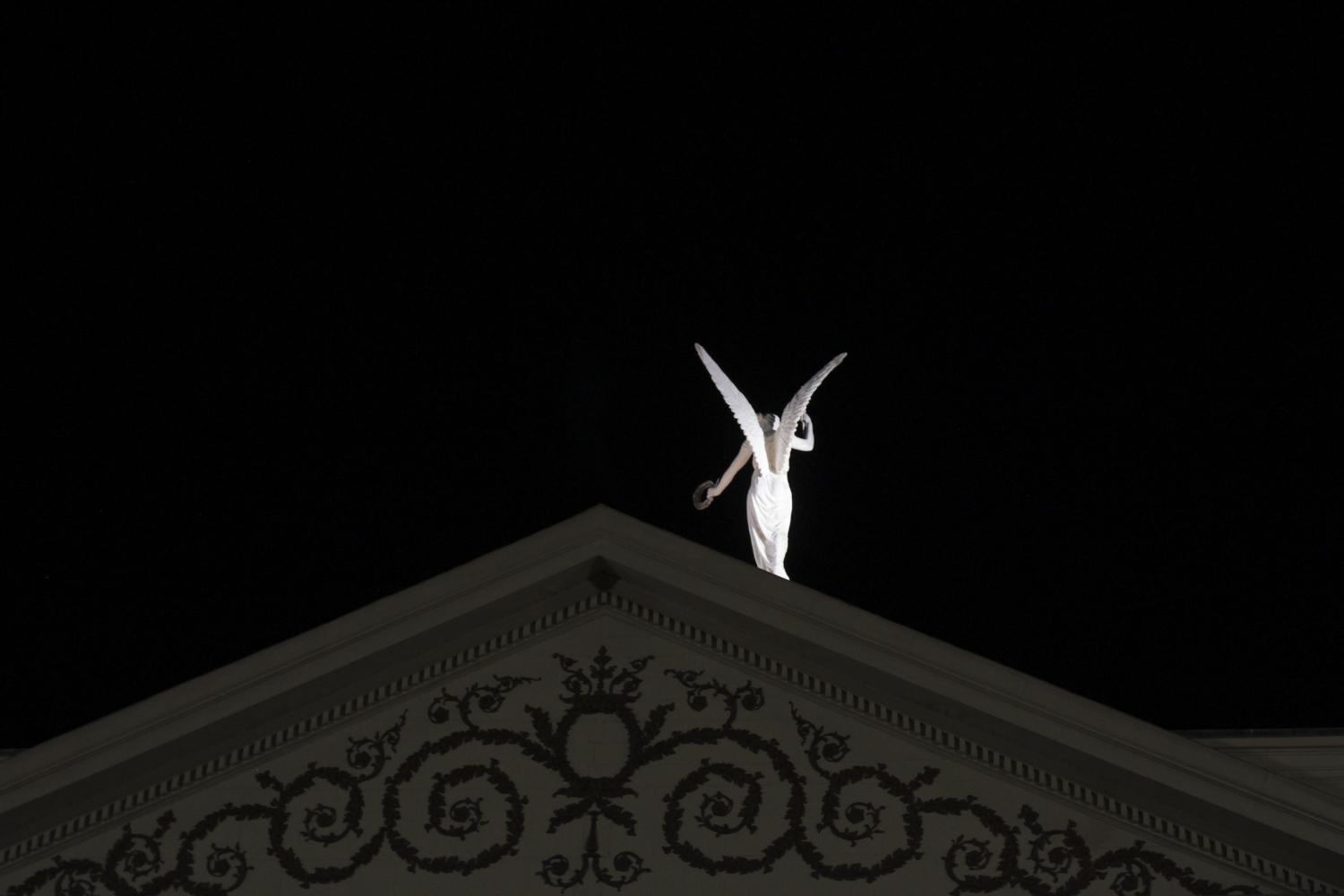 Mariana Dale/KJZZ
People continued to stream into the Arizona State Museum Rotunda in Phoenix through the evening on Aug. 29, 2018.

EDITOR'S NOTE: This story has been modified to correct the spelling of Candace's name.