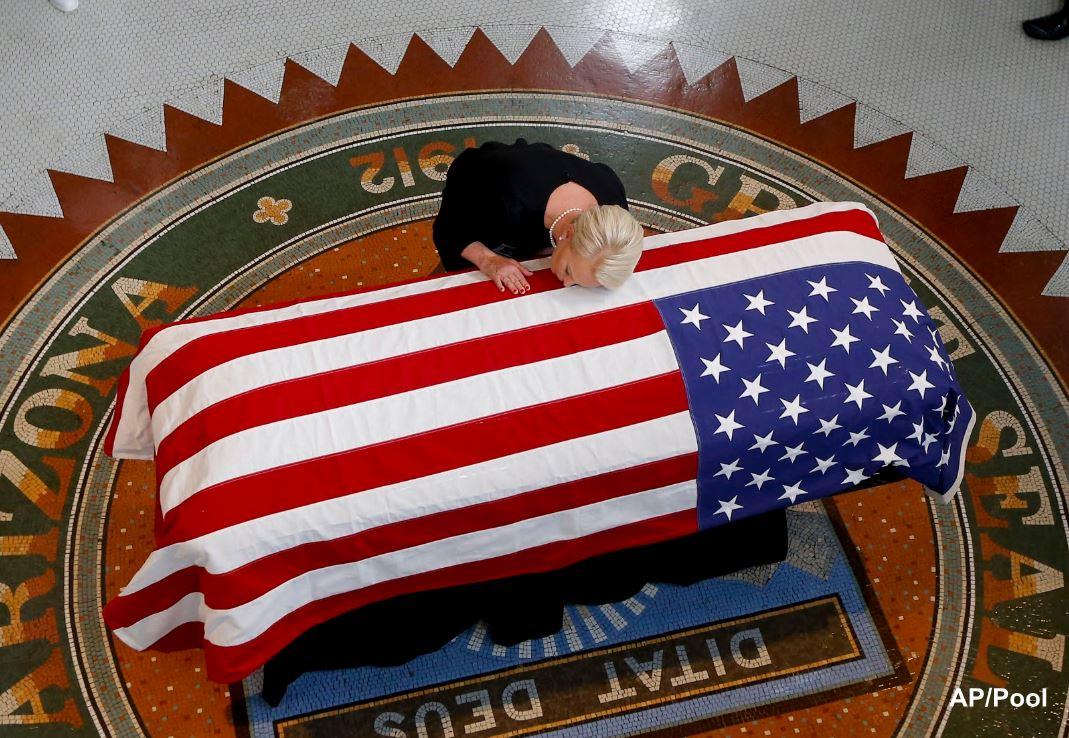 Associate Press
Cindy McCain, wife of Sen. John McCain, lays her head on the casket during a memorial service at the Arizona Capitol.

John McCain’s body arrived by motorcade Wednesday morning at the Arizona State Capitol, where the senator will lie in state through Thursday morning.

His friends throughout government spoke at a private ceremony in the rotunda.

“When John McCain called on us to serve a purpose greater than one's own self-interest, it wasn't a talking point designed to win the next election,” Ducey said. “It was how he had actually lived his life and continued to live his life. It's how he wanted us to live ours.”

At the end of the ceremony, McCain’s wife, Cindy, and his children approached his casket one by one. While most wore solemn, composed expressions, his daughter Meghan heaved and cried, with one hand on her stomach, before slowly walking away.

The public is invited to pay their respects while McCain lies in state. The rotunda will be open until 8 p.m. Wednesday night, but will stay open late enough to accommodate everyone in line.