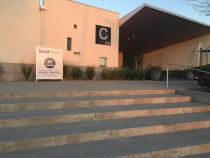 One of Arizona’s largest charter schools has removed a controversial transgender policy for its students.

Great Hearts Academies had faced push back for its “biological sex and gender” rules, which some called discriminatory and anti-transgender.

The charter school network’s board of directors adopted the policy in June of 2016 amid the national debate over so-called "bathroom bills" in places like North Carolina.

The old Great Hearts’ policy stated students had to use the bathrooms that corresponded to the gender on their birth certificates. It also applied to pronouns and dress code.

Under Arizona law, a person must undergo sex reassignment surgery to change the gender on a birth certificate.

Rob Chevaleau, who runs a local transgender support group, was one of them. He pulled his child out of a Great Hearts’ school several years ago because of the policy.

“They’ve replaced it with a better statement that focuses more on treating each student with dignity and respect,” Chevaleau said. “I hope this new guidance will give an opportunity to the transgender and gender non-conforming students to be successful in school.”

In place of the old policy, the 2018 family handbook now has a section titled “privacy practice and accommodations guidance.”

“At the request of the parents or legal guardians, accommodations and/or modifications to standard policies and procedures will be considered through a formal process,” the handbook reads.

Chevaleau said he isn’t sure what the “formal process” will be.

While the word transgender isn’t used, the policy says “no student shall be compelled to use a single-sex restroom or locker/changing room facility against their wishes; access to private, single occupant facilities will be provided. “

It also states that school staff will upon request refer to students by a variant name or nickname.

In a statement to KJZZ News, a spokesperson for Great Hearts said "we regularly review and update our policies. The Privacy Practice and Accommodations Guidance remains in our current Family Handbook."