Why You May See More Chinese Tourists In Arizona 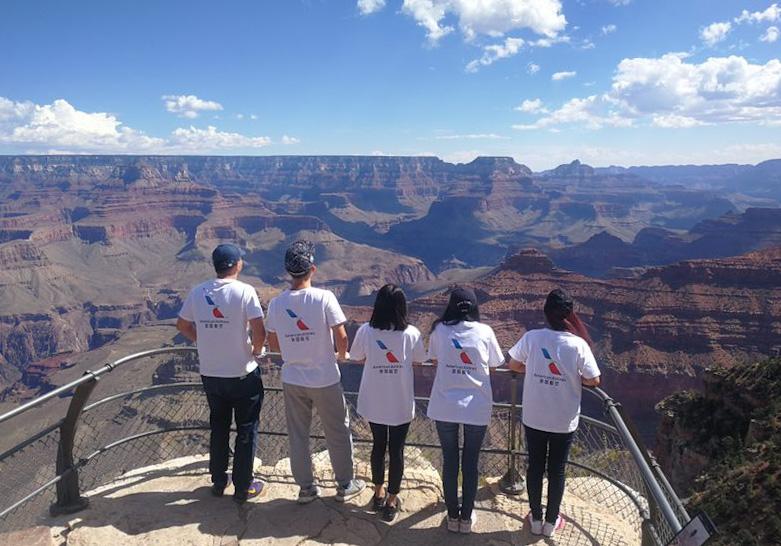 Arizona Office of Tourism
China is the world’s biggest market source for tourism.

Thanks to its strong economy and growing middle class, China is the world’s biggest market source for tourism. Last year, the Chinese took more than 140 million overseas trips. By 2030, that number’s expected to top 400 million. Public and private groups across the globe are trying to cash in, including Arizona destinations.

Arizona is like a second home to Jonathan Jiang.

“I like the nature and the landscape and the, you know, the Western styles of small towns,” he said.

Jiang has traveled all over the state and carries that knowledge nearly 7,000 thousand miles east to Shanghai. That’s where he lives and works to promote Arizona through the state’s office of tourism.

She told a group of hospitality and tourism representatives that nearly 90 percent of Chinese travelers are under the age of forty.

“Two-thirds belong to the high-income bracket and they outspend their parents or grandparents by as much as 40 percent,” she said. 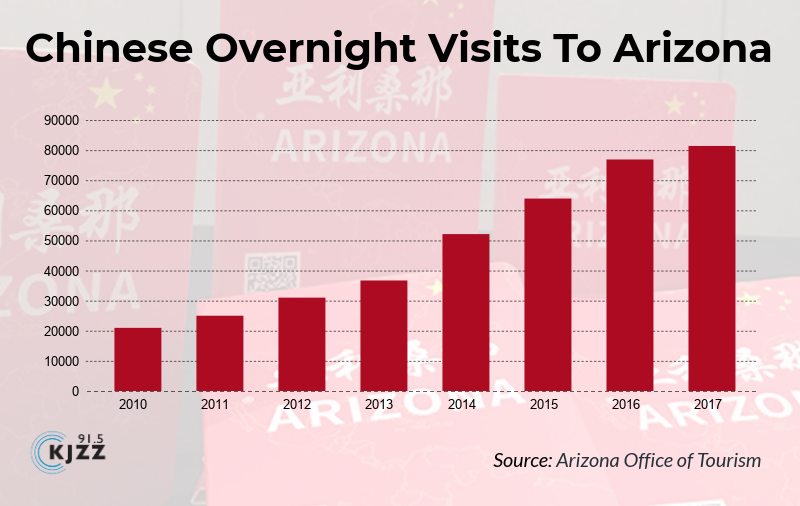 Reaching the lucrative market requires different approaches. The Chinese government blocks most social media platforms used in the West, including Facebook, Twitter, YouTube and Google. Instead, Hartmann said more than a billion Chinese people use an app called WeChat.

“You know you might even see a homeless person who has a QR code and is getting payment through mobile payments, so, mobile payment is everywhere,” Hartmann said. “People don’t even use cash anymore.”

Last year the Arizona Office of Tourism established a presence on Ctrip, a popular Chinese travel site. But Kimberly Todd says building relationships still matters. She takes Chinese journalists and trade representatives on tours around the state and even markets to Chinese students attending Arizona universities.

“So we really want to reach out to them and let them know all the great things they can see and do while they’re here, but also their friends and relatives who come to visit them,” Todd said.

When they visit, Hartmann said hotel and restaurant workers should understand what she calls "cultural essentials." She said most Chinese people prefer to shower at night, have a hot breakfast and warm drinks.

“Even when it’s hot outside, most people — in America in particular — love a lot of ice, a lot of cold things,” she said. “I remember when I lived in China I would go and get a bottle of water and people would love to give me the ones that were iced over because no Chinese person would want to have the ice water, everybody wants it to be warm.”

Educating Chinese travelers is also necessary. Many will travel from Las Vegas to the Grand Canyon and not even realize they’re in Arizona. Or they may visit northern Arizona and never venture south. Jonathan Jiang said having direct flights from China to Phoenix could make a difference.

“I think it’s very important to the Chinese traveler because it’s time saving,” he said. “They can spend more time in [the] Phoenix area and southern Arizona.”

So why would Arizona — with no direct flights — spend time and resources to compete with nearby states that do? The market potential is big.

In a country of 1.4 billion people, only 8 percent have passports.