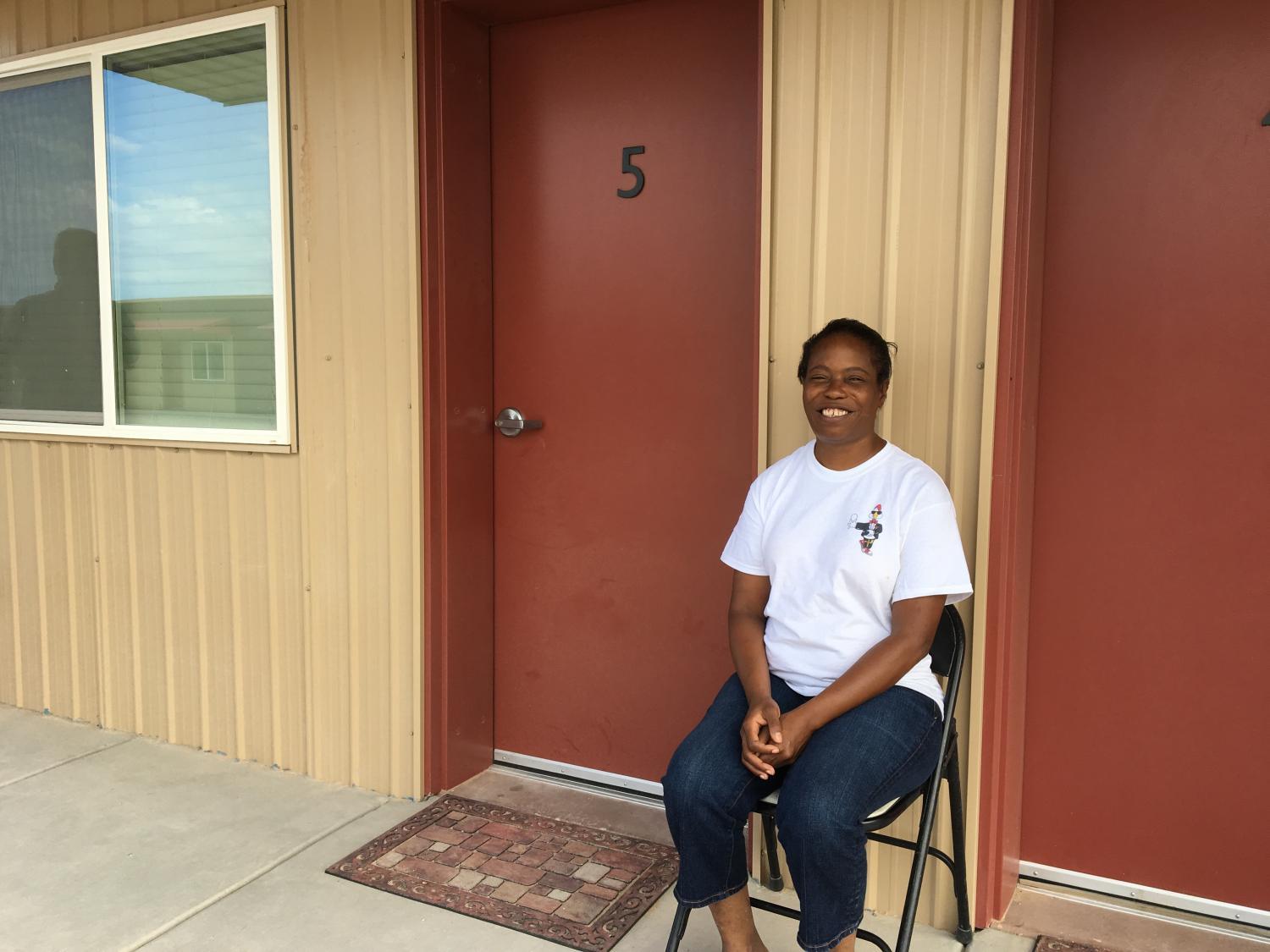 When an inmate is released from prison, immediate priorities include finding a place to eat and sleep. Support is crucial for this population, and without it, the chance of going back to prison skyrockets. Now, one Arizona egg company is housing employees who just came out of the criminal justice system.

An employee at Hickman’s Family Farms drills into a wall where a new air conditioning unit is going to be.

It’s part of a new housing program for former inmates, who Hickman's has long employed as a solution to the agricultural industry’s labor challenges.

Chief Operating Officer Billy Hickman says the housing program grew from a brainstorm session about how to expand on the company’s existing contract with the Arizona Department of Corrections.

“So this has sort of over the years morphed into this. So we finally decided that it was time to build these apartments.”

So far, Hickman’s has spent about $2 million to build 40 units in long, concrete rows in the desert. There’s a laundry room and each 400-square-foot apartment comes with a full bath, which is something resident Nancy Carey does not take for granted.

“I love coming home and taking a bath. I [always] want to take a bath, you know?" Carey said about her hobbies after being done at work. "When you’re in prison, that’s the first thing you wanna do, is take a bath.”

Carey came out of prison for the second time recently. She said after her husband and brother died in the same year, her life spiraled into a series of poor decisions that led to her arrest.

While in prison, she worked at Hickman’s through the company’s inmate work program. After she got out, she immediately applied for this housing which she says meets her needs better than the halfway house she lived at before. 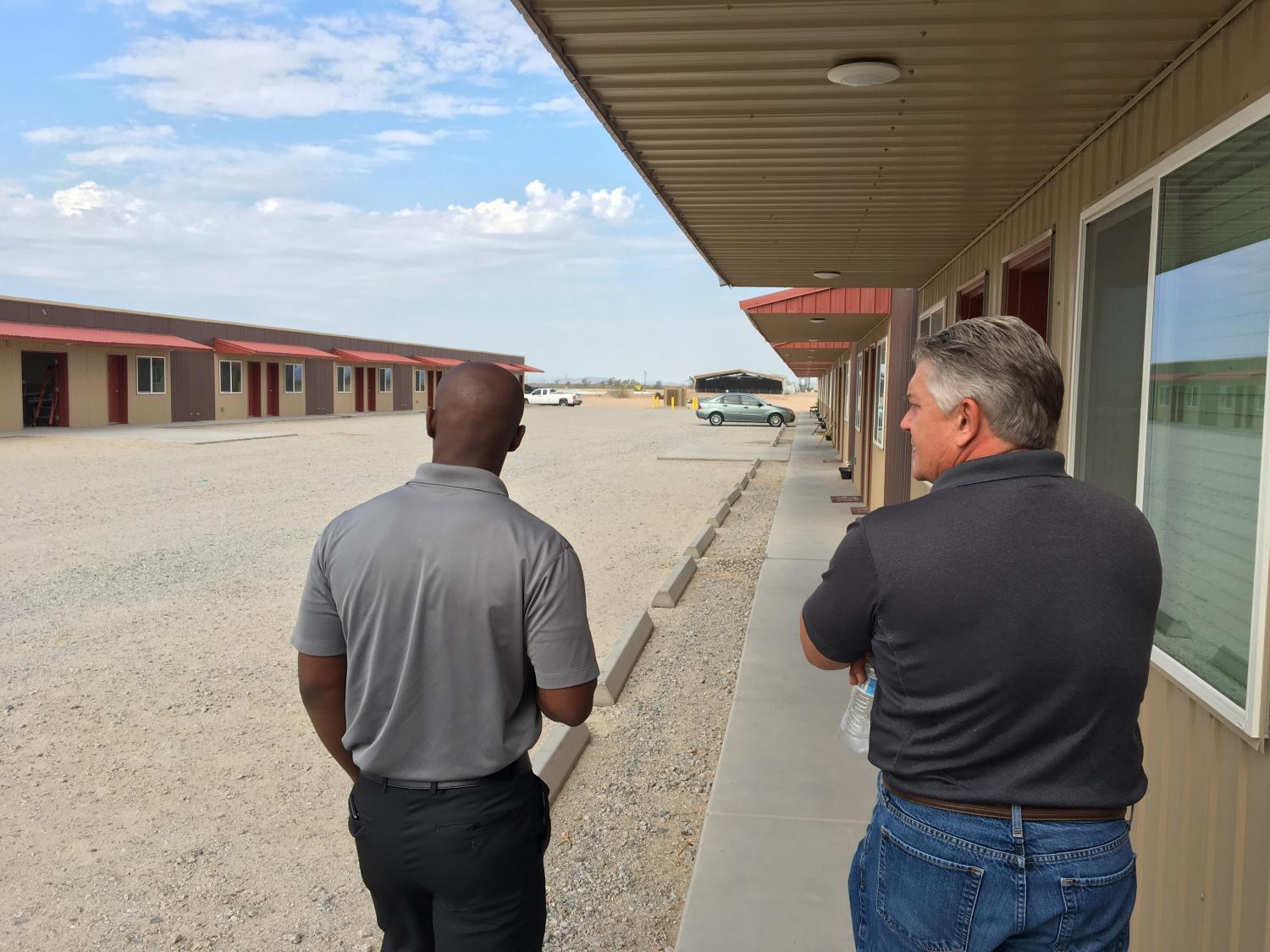 “This is going to get me going, get me set for my future goals.”

Carey's next goal is to get a car so she can visit her children more often.

For Billy Hickman, that’s the kind of return he’s hoping to see.

“I’ve been asked that before, how do you figure the payback, and there is no monetary payback on this,” he said.

The company keeps 20 percent of the employees’ pay, to help cover the costs of the housing, which is not limited to former inmates. At most, that adds up to about $400 a month. If they leave the housing after a full year, they get half of that money back.

Hickman greets Patricia Payton, who is sitting outside one of the squat brown buildings. She also just came out of prison for the second time.

“Stayed out for 98 days, then re-put back into prison for six more months, finished my number, and then I came here,” Payton said.

Payton had no home when she came out of prison both times, and practically nothing to her name. Now she has a home and a full-time job cleaning the machines where the eggs get processed.

It’s that kind of support that many formerly incarcerated people need, says Alison Wilkey, public policy director of the Prisoner Reentry Institute at the John Jay College of Criminal Justice in New York. 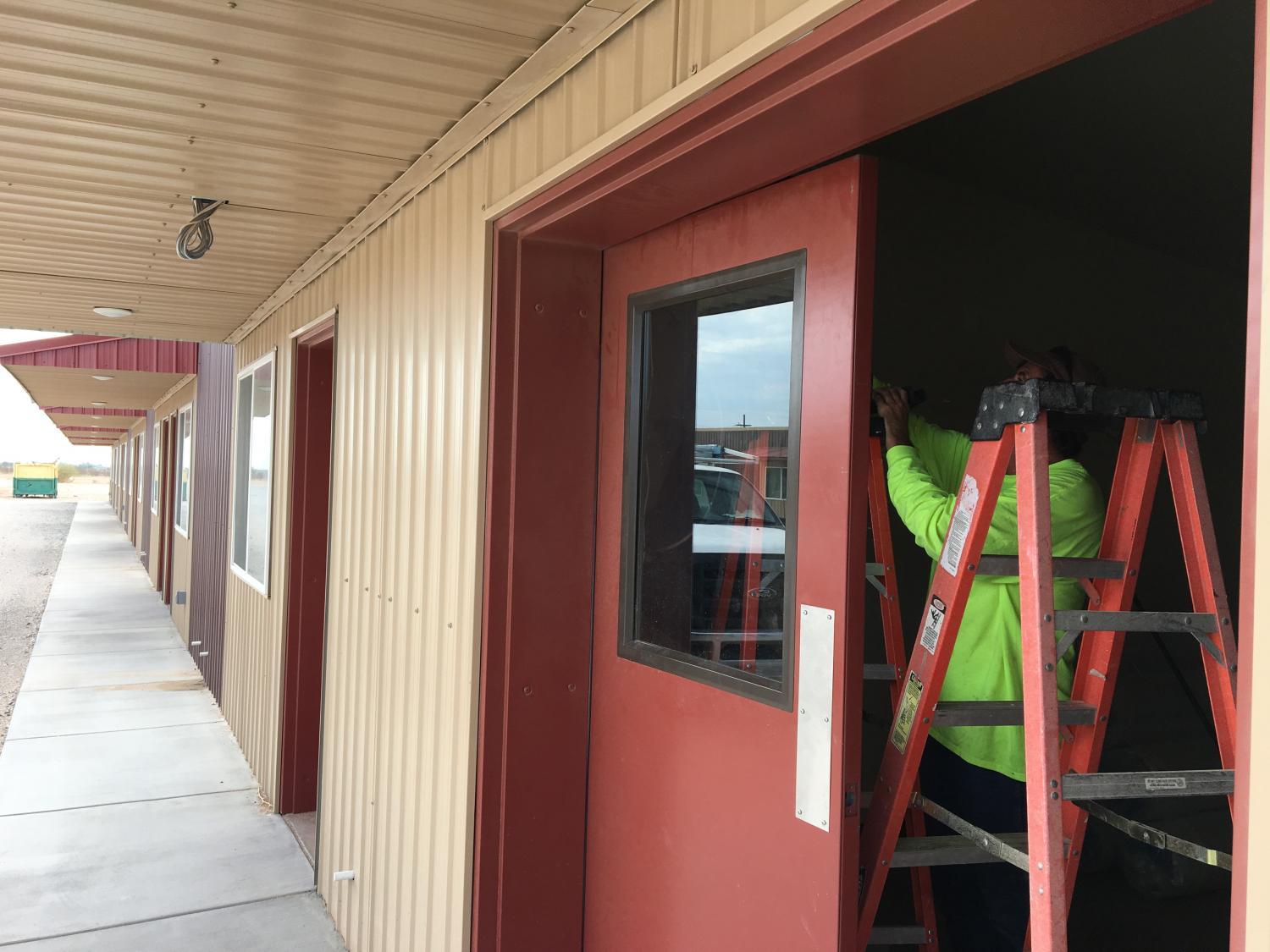 Casey Kuhn/KJZZ
A Hickman's employee works on a room in the housing program for other employees that have formerly been incarcerated.

Wilkey hadn’t heard of a program like Hickman’s, where a company provides housing directly for its employees if they’ve been incarcerated. But she explains what it takes to be successful:

“If it’s a short-term stop that’s not really helping people move forward with their lives, then that’s problematic.”

She said a study shows the formerly incarcerated are nearly 10 times more likely to be homeless.

Cheatham was previously a state corrections and parole officer.

“Never in a million years would I have thought I’d be at an egg farm,” he said.

But at Hickmans', Cheatham feels he’s directly impacting lives by visiting the prisons three times a month to talk about the housing program.

“They see that they’re off to an awesome head start, but they also see what they could possibly be giving up if they were to go back to that life.”

The first tenant moved in June 4 and there are still about 20 units to fill.