Q&AZ: What's The Future For The Vacant Lot Once Part Of Phoenix Indian School And Community Garden?

Whether you were born in Arizona or came here from somewhere else, chances are you’ve wondered about the people, places and things in the Grand Canyon State. KJZZ is investigating your questions as part of a new project called Q&AZ. 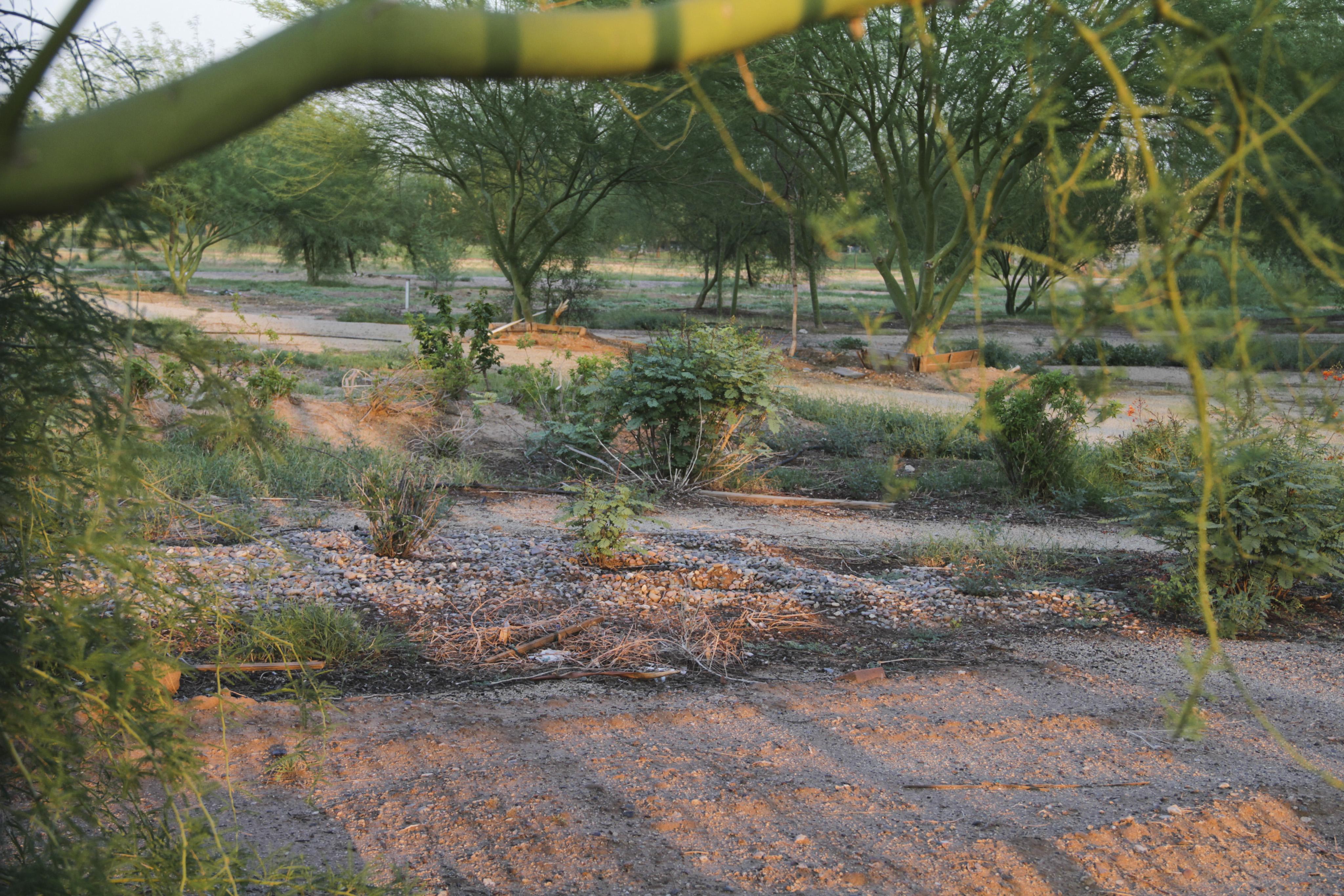 Mariana Dale/KJZZ
The city of Phoenix planted a community garden at the site in 2012 on a temporary lease from Barron Collier. The federal government took back the land in 2017 and once again the land sat vacant.

This story is about the past and future of 15 acres of undeveloped land on the northeast corner of Central Avenue and Indian School Road, the former home of the PHX Renews community garden and part of the Phoenix Indian School.

The Phoenix Indian School shuttered in 1990, closing the book on a complicated 99-year history.

That created a conundrum. What to do with 110 acres of land in central Phoenix?

There were years of negotiations.

“There were trips to Washington, and on occasion, sharp words,” read one newspaper article from 2001.

If you want the gritty details, check out this 28-page federal report.

In the end, here’s who got what:

To make this happen Barron Collier also swapped 57 acres of Indian School property with the city of Phoenix and received seven acres of land for development in downtown Phoenix. This is now the Collier Center.

What the federal government got from Barron Collier was 108,000 acres of Florida wetland.

Collier also agreed to pay $34.9 million into a fund for Native American education.

Barron Collier’s lot on the northeast corner of Central Avenue and Indian School Road sat vacant for the better part of the last 26 years.

The city of Phoenix planted a community garden at the site in 2012 on a temporary lease from Barron Collier.

The next year Barron Collier stopped making payments to the Native American education fund. The company declined to comment for KJZZ's story.

The federal government took back the land in 2017 and once again the land sat vacant.

Wayne Mitchell and his wife, Marie, have watched this over the years.

They asked: “Why doesn't the city clean up and use that large vacant piece of land on the northeast corner of Central Avenue Indian School Road?”

“It’s discouraging and depressing to see the potentiality of that land and it’s just becoming an embarrassment,” Mitchell said.

He said he has an emotional tie to the property, in part because he taught at the Phoenix Indian School. Mitchell, who identifies as Sioux and Mandan Indian, also attended a Native American boarding school. 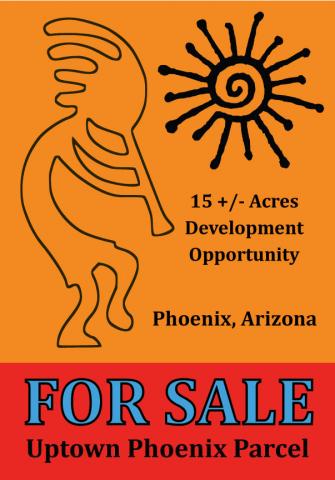 U.S. General Services Administration
An image used to advertise the federal government's sale of the property at the northeast corner of Indian School Road and Central Avenue. The property sold for $18.5 million.

The simple answer is that the city of Phoenix doesn’t own the property.

To find out who does, I went to the Maricopa County Assessor's office website.

“The Assessor's Office job is to locate, identify and value all the property in Maricopa County so we have an accurate record of all property and what it’s being used for and who owns it,” said Ryan Boyd, the communications manager for the office.

The federal government sold the 15-acre property in an online auction for $18.5 million in May. The proceeds of the sale went into the Native American education fund.

The original 160 acres the Phoenix Indian School was built on was bought from a farmer for $9,000.

Central Park I is connected to the Pivotal Group, a Phoenix developer. Their CEO confirmed they are developing plans for the property, but declined to speak about them.

So what will happen to the northeast corner of Central and Indian School?

A property’s zoning is like rules for what can be developed there.

Phoenix’s Planning and Development Director Alan Stephenson said this lot’s zoning calls for an “intense mixed use project” and could include apartments, office, retail, parking and open space. Heights can be about 200 feet.

Wayne Mitchell thinks the land should become an extension of the park. An editorial in the Arizona Republic published 18 years ago shares his opinion. It called for the city of Phoenix to buy the land and expand Steele Indian School Park.

“Office towers rising out of park space cannot be good land use,” read the article.

The area has changed immensely since then. The lot is now located adjacent to a light rail stop and popular restaurants.

Stephenson advises people who want to help shape how the city grows join one of dozens of boards or commissions that help advise the city council on future projects.

Mitchell and others I talked to want to see some nod given to the property’s history as part of the Indian School. Stephenson says the city’s aware.

“We have had one initial meeting with the developer where we did talk to them about trying to figure out a way to incorporate that as well as connections into Steele Indian School Park,” Stephenson said.