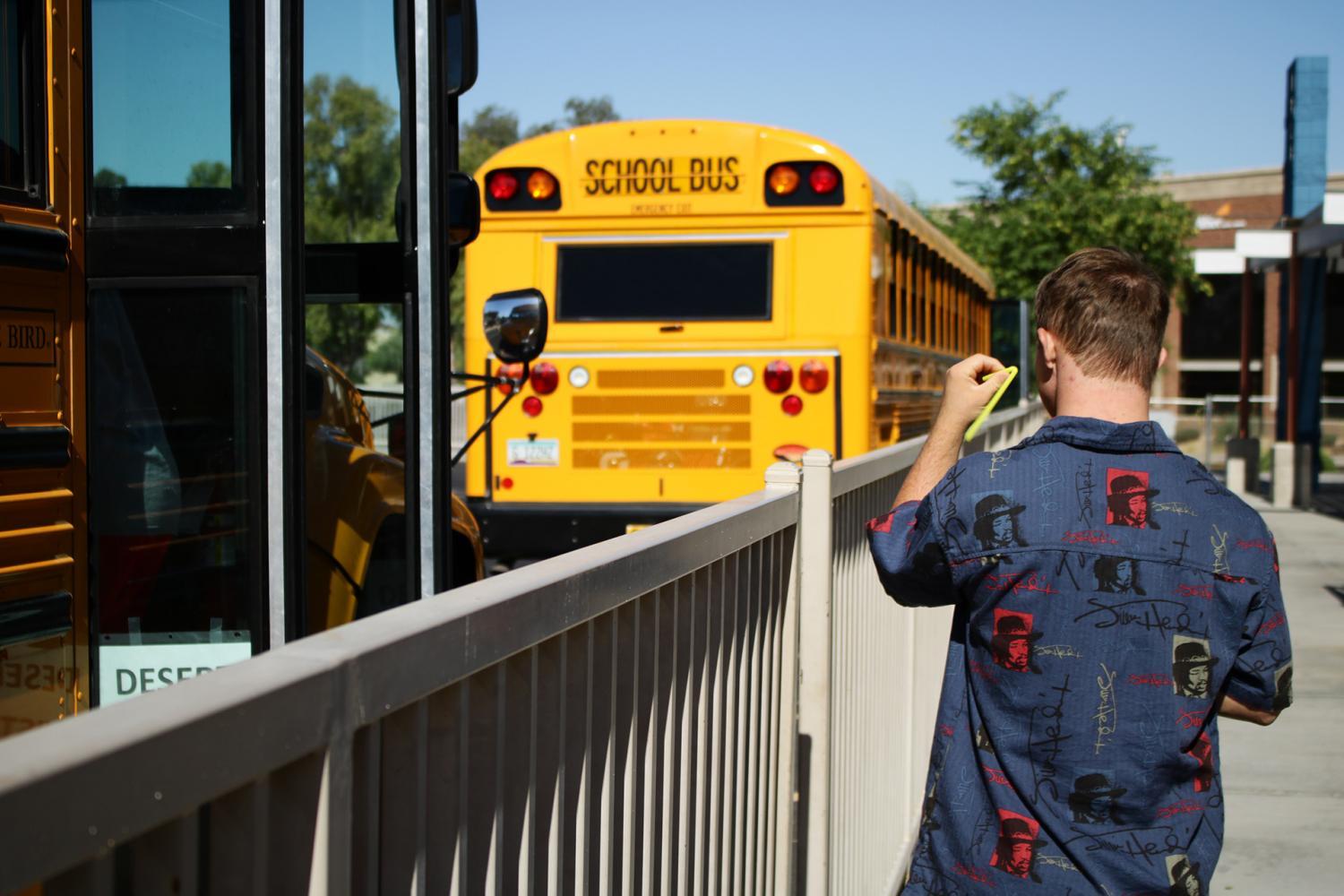 Jackie Hai/KJZZ
Conor Mills has an individualized education program, an IEP, that outlines his abilities, goals and resources he needs to reach those goals. A team including his parents, teachers and school administrators meet to determine his education plan.

The number of kids in these placements has almost doubled in the last four years at the Arizona’s largest school district.

Statewide there’s been a steady increase over the same time period.

The situation is called a “private day placement.” It’s the highest level of intervention for a child with developmental, learning or other types of disability.

It’s pajama day at summer camp and Conor Mills is dressed for the occasion in a dinosaur print ensemble.

He rides in the backseat of a Prius while his mom Maureen drives.

The 20-year-old pulls up his favorite jams of the moment on his phone, renditions of classic Beatles hits by a troupe of animated bugs.

“Lucy in the sky with diamonds,” he belts out.

“Sing it, baby,” his mom encourages.

Conor was diagnosed with Down syndrome when he was three months old. He also has autism.

When Conor started school, “he was tiny, tiny, tiny. The backpack came down to the middle of his shins,” Mills remembered.

Because he was a special education student, Conor’s parents, teachers and administrators worked together to create an individualized education program.

Often called an IEP, this is the blueprint for the education of a student with disabilities. It outlines their abilities, goals and what they need, from specialists to switching schools, to reach those goals.

“IEPs are not 'school says this, parents say that, somebody wins and loses,'” Mills said. “It’s a consensus.”

Mills was adamant Conor attend the same public schools as her other children.

“I knew that Conor was not going to grow up and go to Planet Down Syndrome,” Mills said. She wanted Conor to learn from typical peers.

As he got older, his behavior became more challenging. Conor attended seven different schools from kindergarten through high school.

“He gets very focused on something he needs or perceives that he needs to have done or do and if that doesn’t happen he can become aggressive to make sure that he gets his needs met,” Mills said.

His behavior lead to multiple suspensions. Maureen reached a breaking point in 2013 when Conor was in high school.

“There was no place in the public school that could meet Conor’s needs,” Mills said. 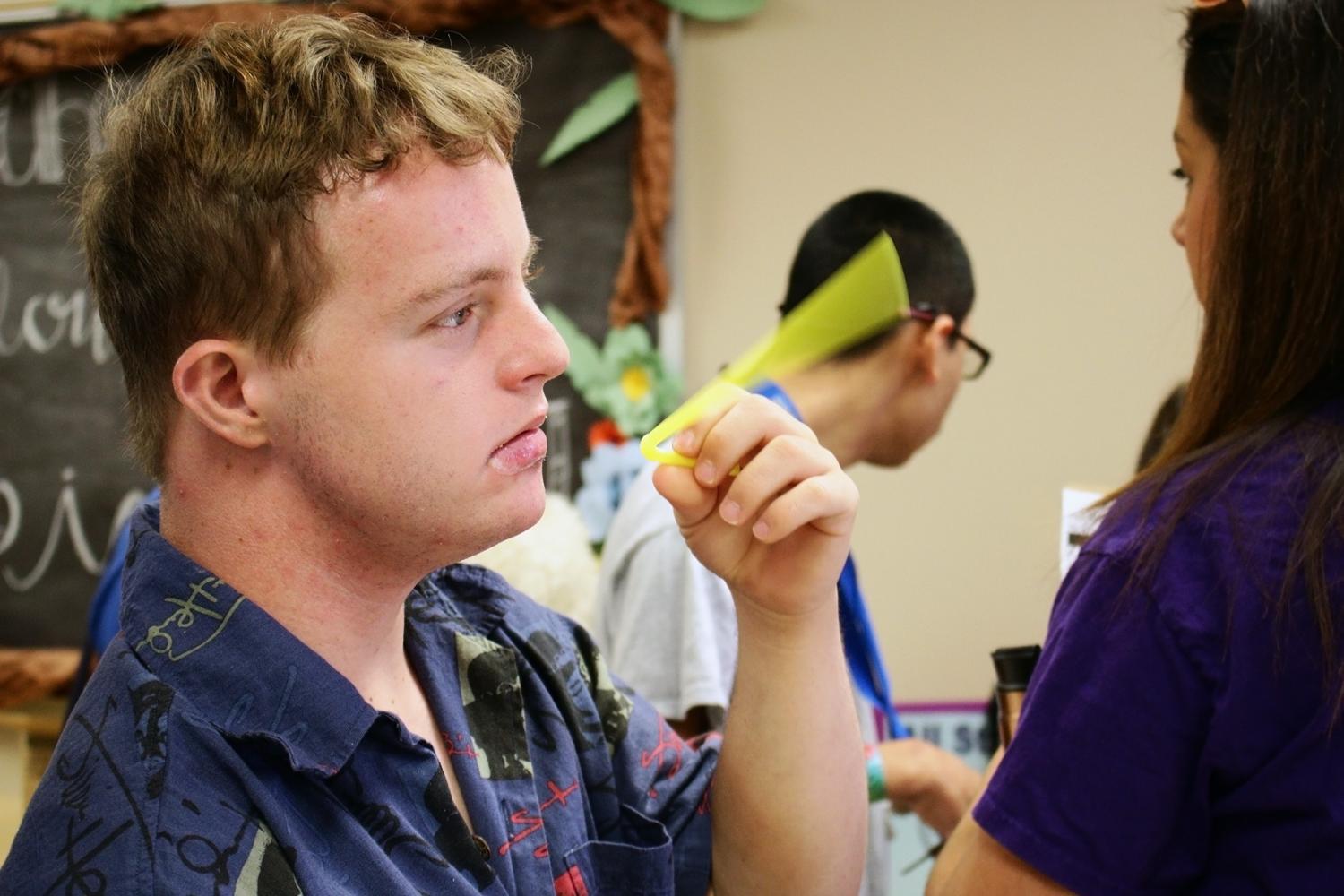 Federal law requires all children have access to a free appropriate public education, known as FAPE.

The most severe intervention outlined in an IEP to provide this is sending a child to a private school, while the public school system pays the bill.

“There aren’t any students who are ever placed in private placement because we can’t teach them,” said Katherine Minard, the special education director at the Tempe Union High School District, Conor’s home district. “We can teach them. What happens is their behavior is a danger to themselves or others.”

Every school district handles these students a little differently.

“The students that attend this program have been identified with emotional disabilities that interfere with their ability to be successful in the typical school setting,” wrote Maura Clark-Ingle, director for exceptional education in the Tucson Unified School District.

The Menta Group is a nonprofit that contracts with more than a dozen school districts to provide more intense special education services on their own campuses and at outside locations.

The growing Queen Creek Unified School District placed about a dozen students in private school last year at the cost of $181 per day.

The Arizona Republic reported private school placements can cost $30,000 to $45,000 a year, plus transportation.

The state’s largest school district, Mesa Public Schools, placed almost double the number of students (162) in private schools as it did four years ago (91).

The district contracts with the Menta Group to provide services on-campus, but that program has reached capacity.

Tuition and transportation to send children to private schools outside the district cost the district $2,273,051 last year.

“I don’t tell a parent it’s this cost. We look at what the students needs are in order to make those decisions,” said Melanie Kelly, a special education director for Mesa Public Schools.

"The capacity of schools is limited in their ability to support and provide ... for students in special education. It’s an unfunded mandate."
— Maureen Mills, mother of special ed student

Maureen Mills didn’t want to place her son in a private school, but her views changed as Conor got older.

“Regardless of what I knew about or what I thought I knew about education ... the capacity of schools is limited in their ability to support and provide those things for students in special education,” Mills said. “It’s an unfunded mandate.”

Conor now attends ACCEL, a nonprofit with a school campus in Tempe. Mills said if the district didn’t pay her son’s tuition and provide transportation, the school would be unaffordable for her family.

The class sizes at ACCEL range from eight to 10 students. Between teachers and paraprofessionals there is one adult for every two students in a class. 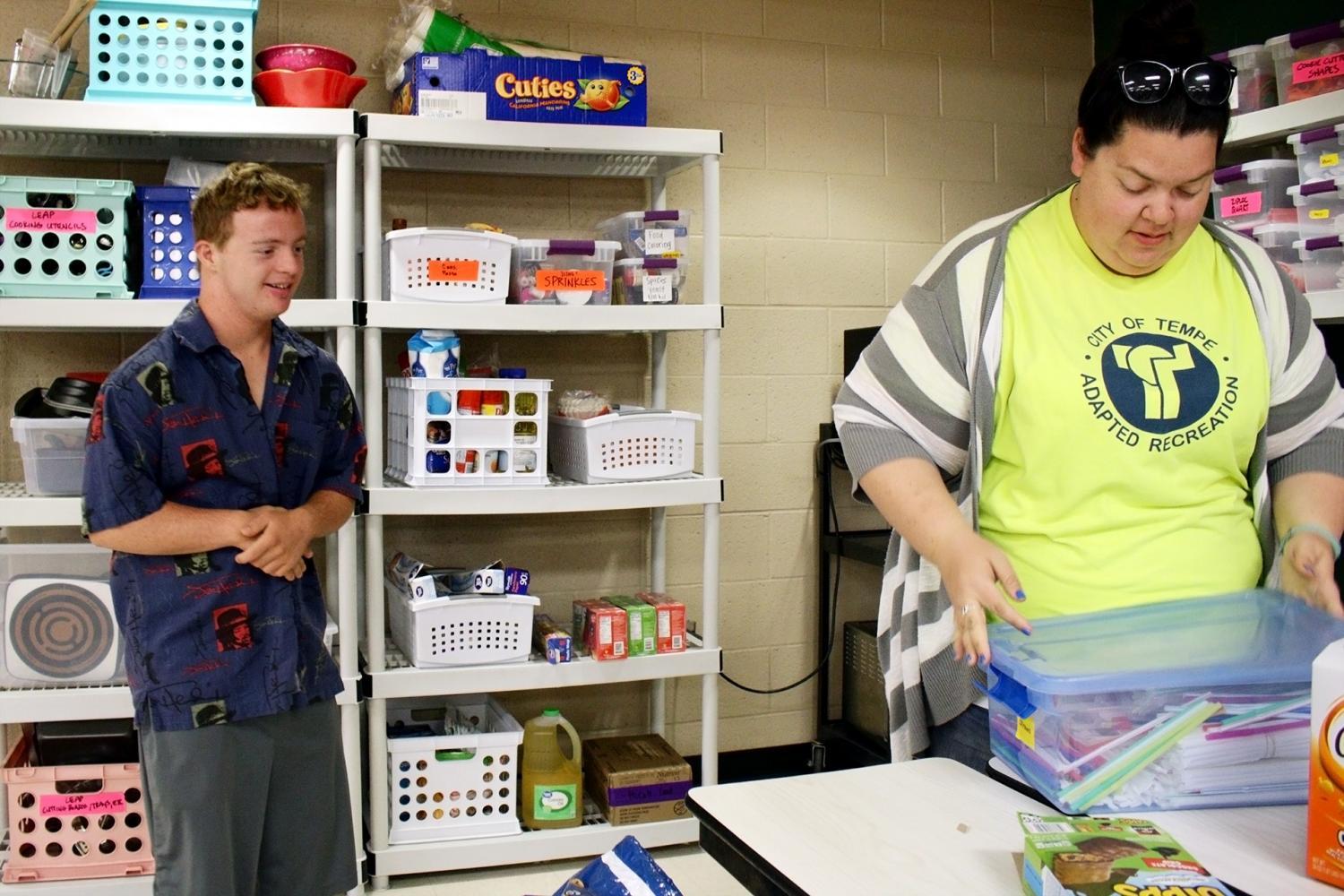 Jackie Hai/KJZZ
This summer Conor attended Camp Challenge, a summer day camp for children and young adults with developmental disabilities, hosted by the City of Tempe.

There’s a “sensory room” where students can go to release energy by, for example, jumping on a trampoline, or to calm down by turning down the lights and listening to music.

“The idea for us is to work through the behaviors that these students exhibited in their public schools, which causes such disruption,” said principal Rob Gilmore. Teachers with Master’s degrees in special education and a board certified behavior analyst help create a plan for each student to accomplish that.

Gilmore, Conran from the Menta Group and every special education administrator KJZZ spoke with said the ultimate goal is to stabilize students so they can return to their home campus.

“We celebrate the opportunity to send a student back to their public school,” Gilmore said.

'I See My Son Being Happy'

ACCEL has a private social networking site — think Facebook for parents and educators only. Teachers post updates, pictures and videos with students.

In one video Conor stands at the front of the classroom leading his peers in a morning meeting.

“All right everybody, everybody has to say great job Conor Mills,” an adult can be heard saying.

EDITOR'S NOTE: This story has been updated to correct the spelling of Beth Conran's name.