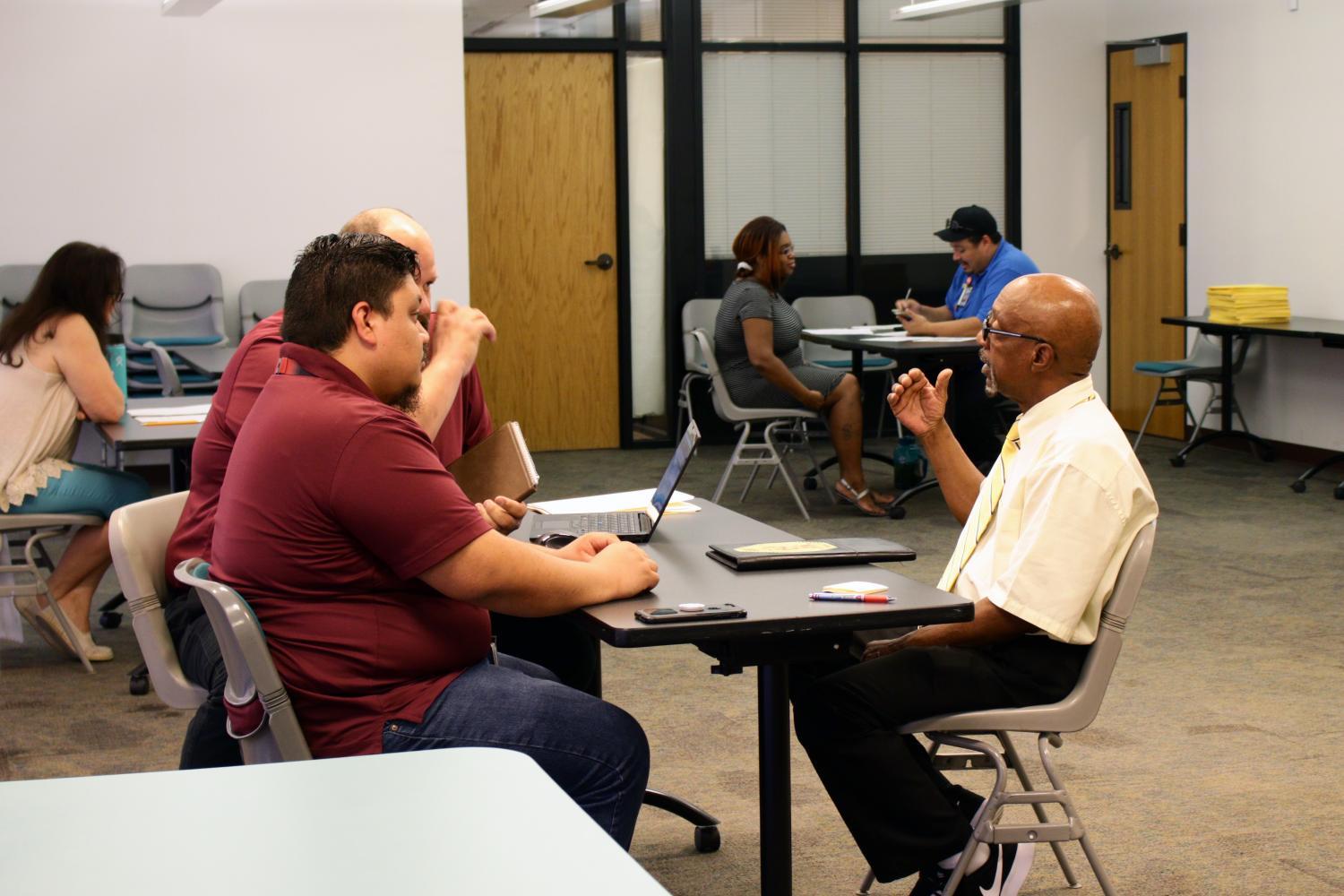 When teachers shut down the schools by marching on the Capitol lawn in April, the Governor offered a cash injection into the starved education funding system. Teachers dominated the headlines, and those same teachers were fighting for their classified staff too.

Most Arizona school districts gave teachers 7 to 10 percent raises and classified staff 3 to 6 percent raises with that extra state money. Phoenix Union, in the middle of a job survey, decided to use that money for stipends.

The school support staff jobs are hard to fill, and even harder to keep filled, says district spokesman Craig Pletenik.

“In fact, we’re doing signing bonuses for our bus drivers so they’ll make up to $1,100 over the course of the year, if they do sign up for it,” Pletenik said.

Phoenix Union is adding more of these highly sought after positions, too, as the district grows. At the same time, the distict is bringing the transportation process in-house.

“We’re currently contracting with a company, so we’re looking to bring in all transportation services that we can provide to our students and handle it internally,” said Juve Lopez, Phoenix Union logistics director.

"The teachers walked out, nobody got taught. But the teachers couldn’t run that classroom if the gates weren’t open, the power wasn’t on, the food wasn’t there." — Tom Oviatt, Phoenix Union Classified Employees Association

So who’s looking to fill those jobs? People like Recardo Penson who came to the job fair.

“I’m looking for a job to supplement my social security,” he said.

Penson is retired military and already drives for Lyft and Uber. Now, he’s looking for something with some stability.

“I can’t do work now that has me standing eight hours a day, five days a week on my feet.”

If Penson ends up as a bus driver, he’ll see more on his paycheck than he would have last year.

#RedForEd Money In The Form Of Stipends

And employees would have a classified staff association to represent them as those negotiations continue. 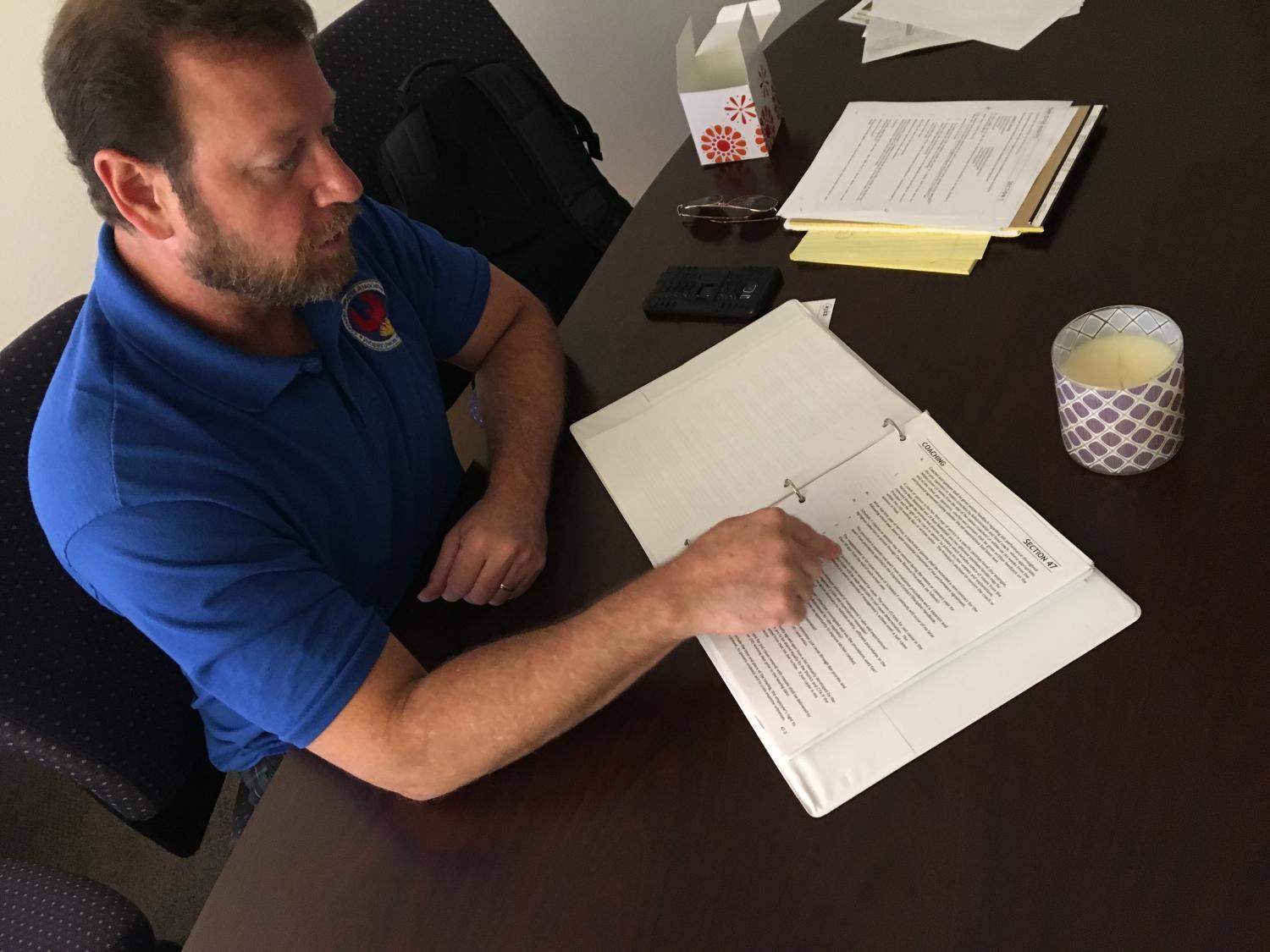 Tom Oviatt is the outgoing president of the Phoenix Union Classified Employees Association. He said membership has grown every year.

“We have the best setup for support staff," Oviatt said. "The best support from the district.”

Oviatt started at the district as a security guard. He was 21 years old, needed to support a new marriage and a new baby.

He also desperately wanted to coach, but wasn’t allowed to as a support staff.

He says in his 30 years working in education, #RedForEd catalyzed a long-simmering feeling of these employees going unheard.

“I will tell you that on the average, statewide, classified are working poor, on average," Oviatt said. "They are the working poor. You’re going to see $20, $25,000 a year, salaries.”

Phoenix Union support staff make up about a third of the employees in the district.

“If we stop, things stop," Oviatt said. "The teachers walked out, nobody got taught. But the teachers couldn’t run that classroom if the gates weren’t open, the power wasn’t on, the food wasn’t there.”

And, like a majority of districts, Phoenix Union used almost all of that #RedForEd money for those salary bumps.

“We really want to be competitive in terms of the salary packages that we’re offering our employees," Telles said. "And secondly, just given the lack of funding, frankly, that we were receiving from the state, the current structures we had in place, we just weren’t able to support those.”

Telles said the old salaries were causing problems with keeping employees because they didn’t see gains every year. 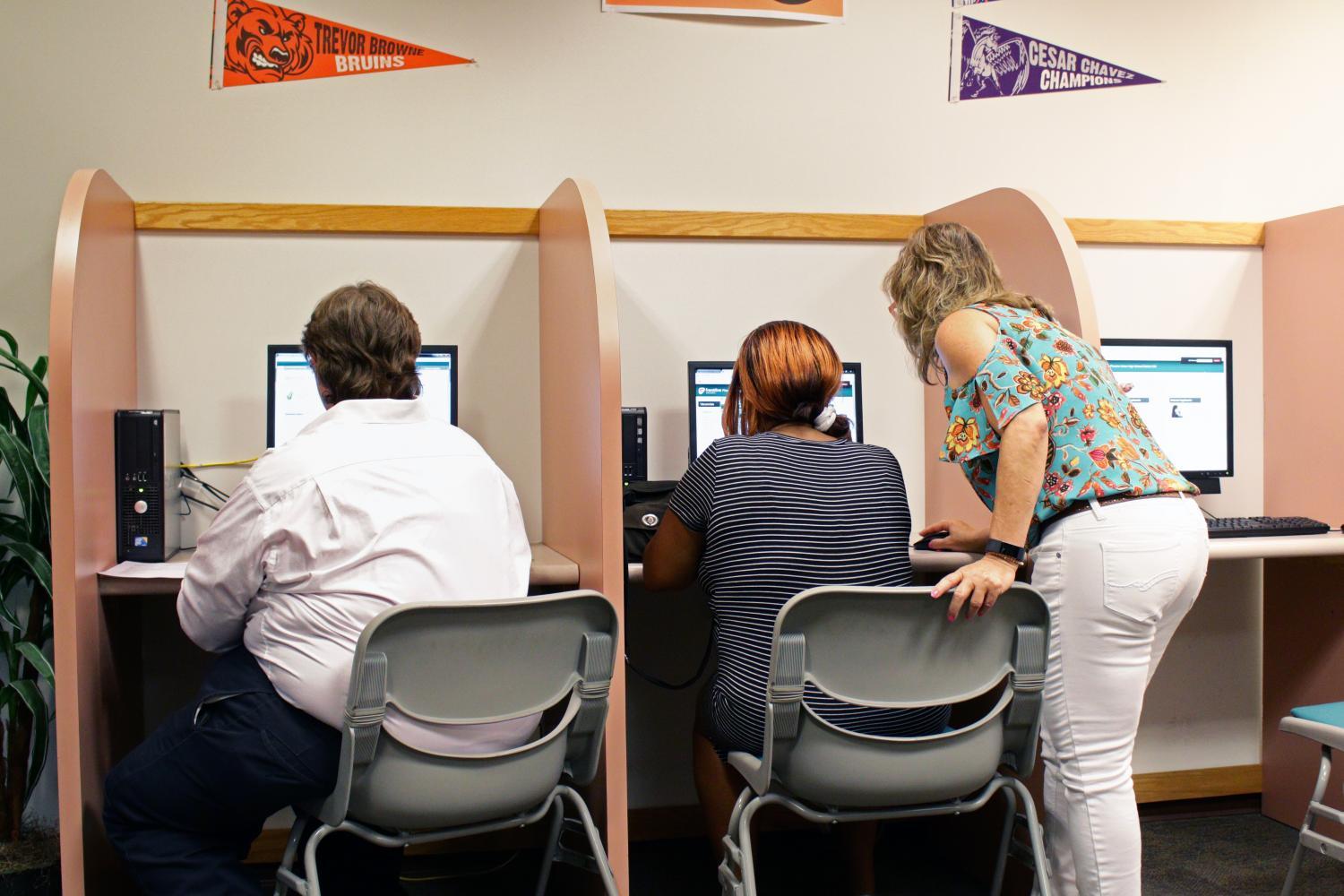 She said without the extra cash promised from the legislature, it was looking to be a lean year for employees.

And Telles said while it wasn’t a full 10 percent like the governor touted for teachers or classified, the six percent raise in the form of a stipend is still an important step forward.

“The benefit of the stipend for our support staff employees is this is the largest single payout that they have realized for that employee group in the history of the district, is my understanding,” Telles said.

Back at the district job fair just before school started, those incentives seemed to work to fill 14 part time cafeteria jobs.

“Breaking news, we just filled all our part time positions for our cafeteria staff!" Logistics Director Juve Lopez said. "And that’s really awesome because to have a fully staffed cafeteria team in place, that’s all positives for us.”

District officials hope to have a new salary schedule, with raises baked into it, to present to the governing board for approval before Christmas.

EDITOR'S NOTE: This story was updated to clarify what benefits classified staff at Phoenix Union receive.