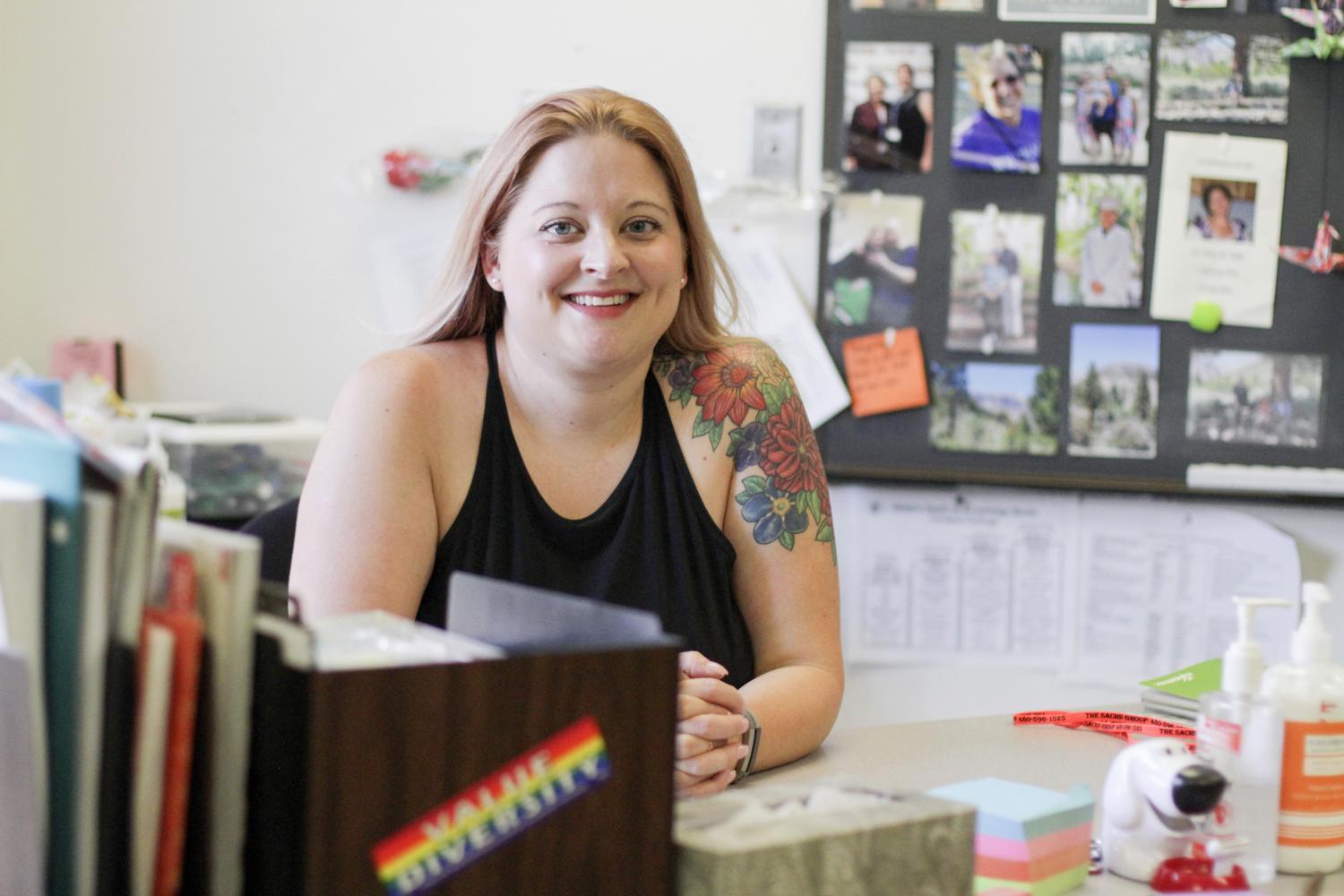 Mariana Dale/KJZZ
Kirsten Peters has been a teacher for 17 years, her parents were teachers and now her son is studying education at ASU.

Arizona teachers across the state are getting bigger paychecks when they go back to school this year.

The raises promised by Arizona Gov. Doug Ducey in the face of increasing pressure from the #RedForEd movement have re-invigorated two generations of educators in one Tempe family.

Kirsten Peters has been an educator in Arizona for almost 17 years, most recently as an English teacher at Tempe High School.

Tempe Union High School’s Governing board chose to give all of its teachers a $7,549 raise, a 10 to 19 percent boost.

Starting teachers with a bachelor's in the district make $46,137.

'Being The Child Of Teachers I Never Really Knew Any Different'

Kirsten Peters opens the door to her classroom at Tempe High School, for the first time since summer school ended about a month ago and looks over the rows of white desks. 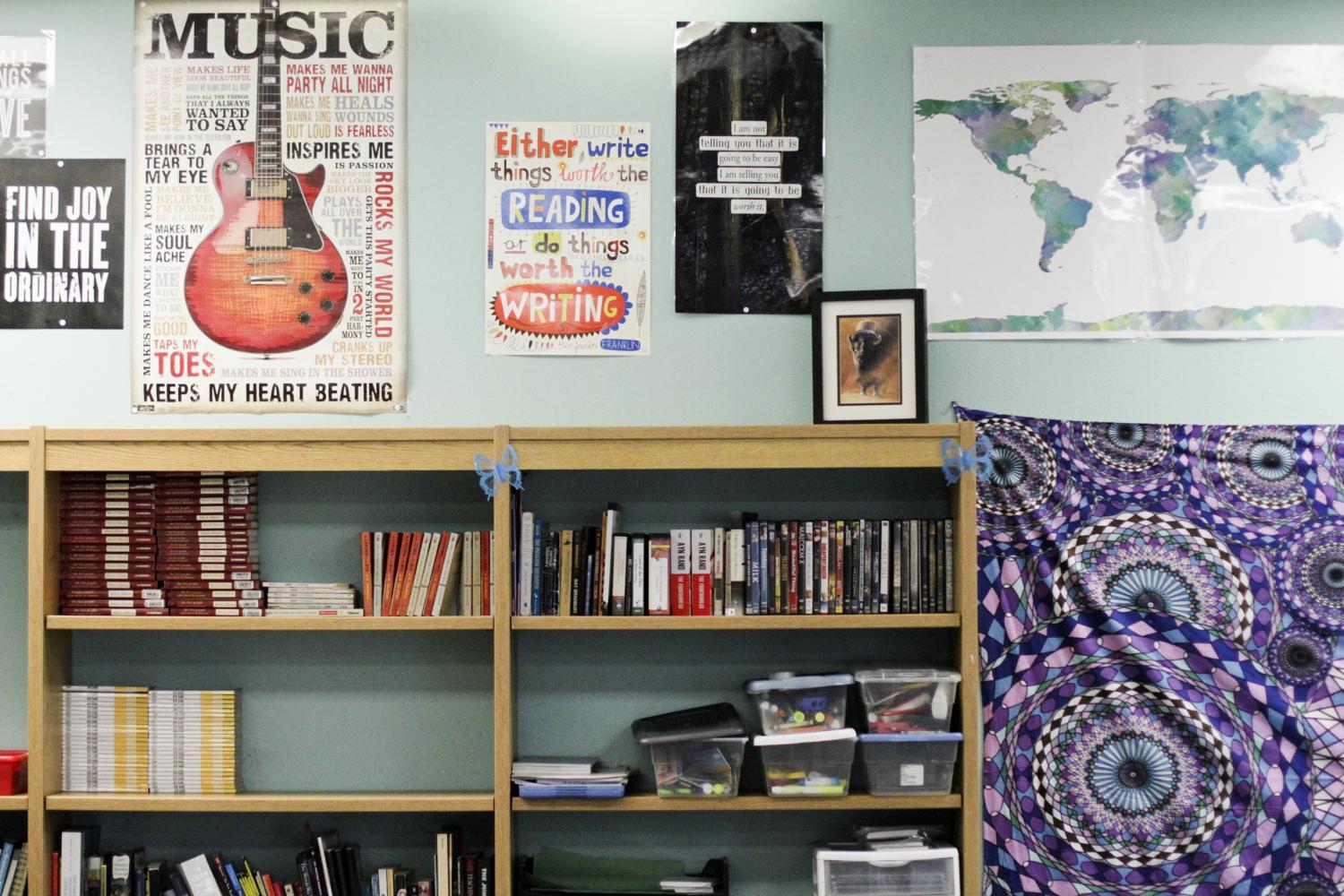 Mariana Dale/KJZZ
Peters decorates the walls with posters and tapestries she hopes students will find inspiring or calming. "I’m hoping this classroom can be an accepting place for them to spend their hour a day," Peters said.

There are colorful posters and tapestries on the wall. The cabinets are full of pencils, pens, poster boards — anything you’d need for a class project — all bought with Peters’ money.

“My kids just kind of know this class as a place they can go if they need something,” Peters said.

She also bought the books on the shelves. Catcher in the Rye is required reading, but the school doesn’t have enough copies to share between the teachers.

“I wanna say it’s a struggle, but also being the child of teachers I never really knew any different,” Peters said.

The single mom of two says living on a teacher salary has never been easy.

When her car needed $350 in repairs and a new windshield recently, she could pay for it, but only because she taught summer school.

“Along the way we’ve had our water shut off. We’ve had our electricity shut off a couple times,” Peters said. “My son doesn’t know this because I hid it pretty well.”

Balancing Passion, 'Having A Life'

The son she’s talking about is Isaiah Peters, a junior at Arizona State University.

Isaiah Peters was certain he was not going to be the third generation of Peters family teachers. He started college as a journalism major, then thought he might go into the biomedical field.

“Then I sort of bit the bullet and stopped hiding the thing like I’m not going to be my family,” Peters said. ”I like being a teacher so I might as well do that.”

Isaiah worried about whether he would be able to afford a house, how he would provide for his family one day.

In recent years the number of education degree graduates in the state has dropped.

Gediman said there could be a number of factors contributing to the increase, among them the spring's #RedForEd movement. He’s seen a few of the ubiquitous red shirts on campus.

“We think it’s great for students to see hear and feel how public education is at the center of public discussion,” Gediman said. 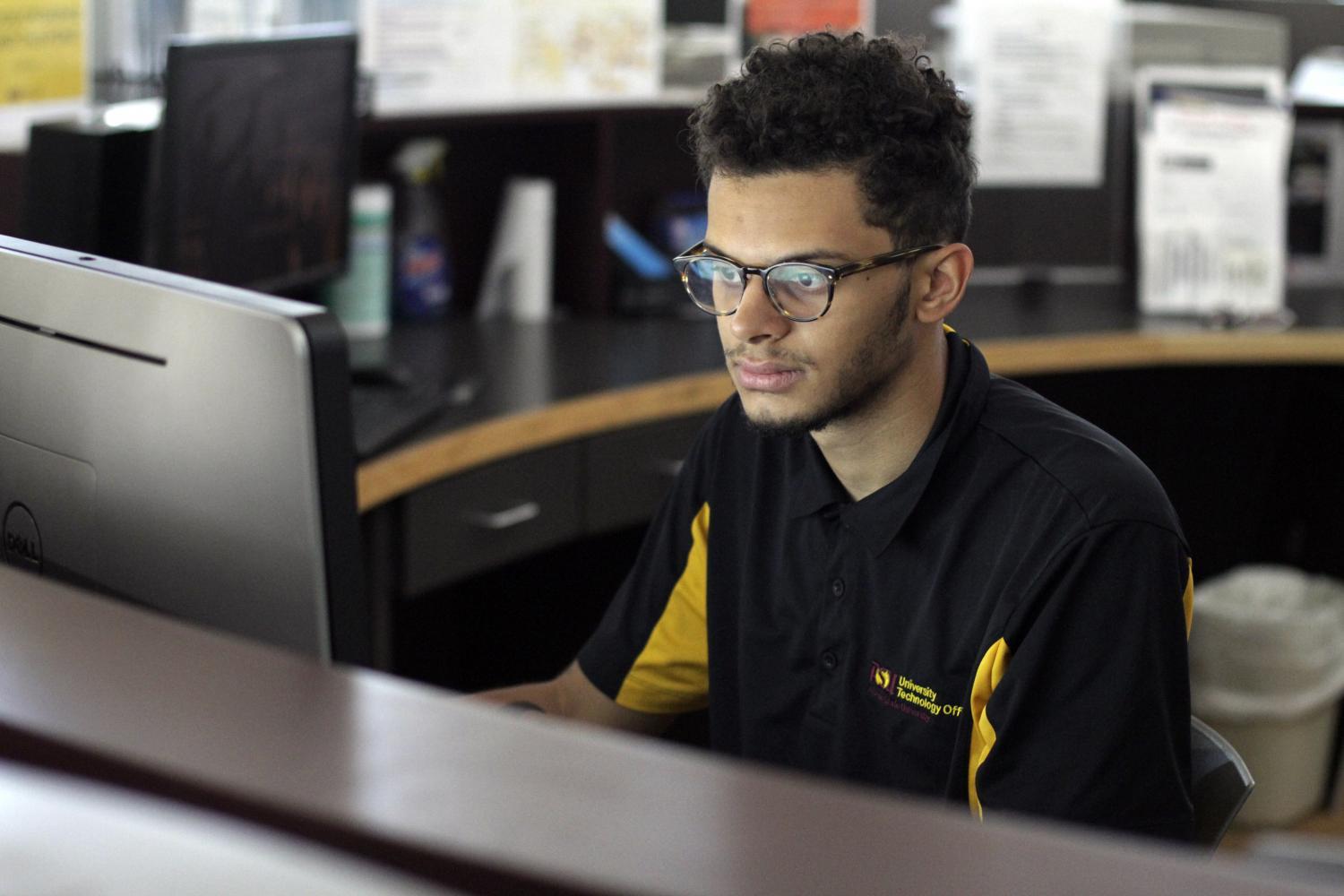 Mariana Dale/KJZZ
Isaiah Peters will soon start his junior year studying education at ASU. “I like the idea that I can directly make some sort of change in a kid's life or that I can be maybe a teacher in their day that they’re excited to go to a class for,” Peters said.

He will graduate in 2020, the year Gov. Ducey promised teachers would see a 20 percent raise.

“I know she might be a little bit bitter that I’m starting off with more money,” he said, looking at his mom.

“He could afford a decent living at the salary I’m making right now,” she said of her son.

As for Kirsten Peters, she isn’t planning anything extravagant for her earnings. She does want to start putting away money for graduate school.

Teachers in Kirsten’s district and many around the state can earn a few extra thousand dollars a year for continuing their education, but the upfront cost can be a barrier.

“When you have no money and you literally you can’t pay your water bill, how are you supposed to pay for grad school?” Peters said.

Tempe Union teachers will get their first full paycheck by the end of August.

“A couple days before we get the check we get our pay stub,” Peters said. “So I know what to expect, so that’s kind of of exciting.” 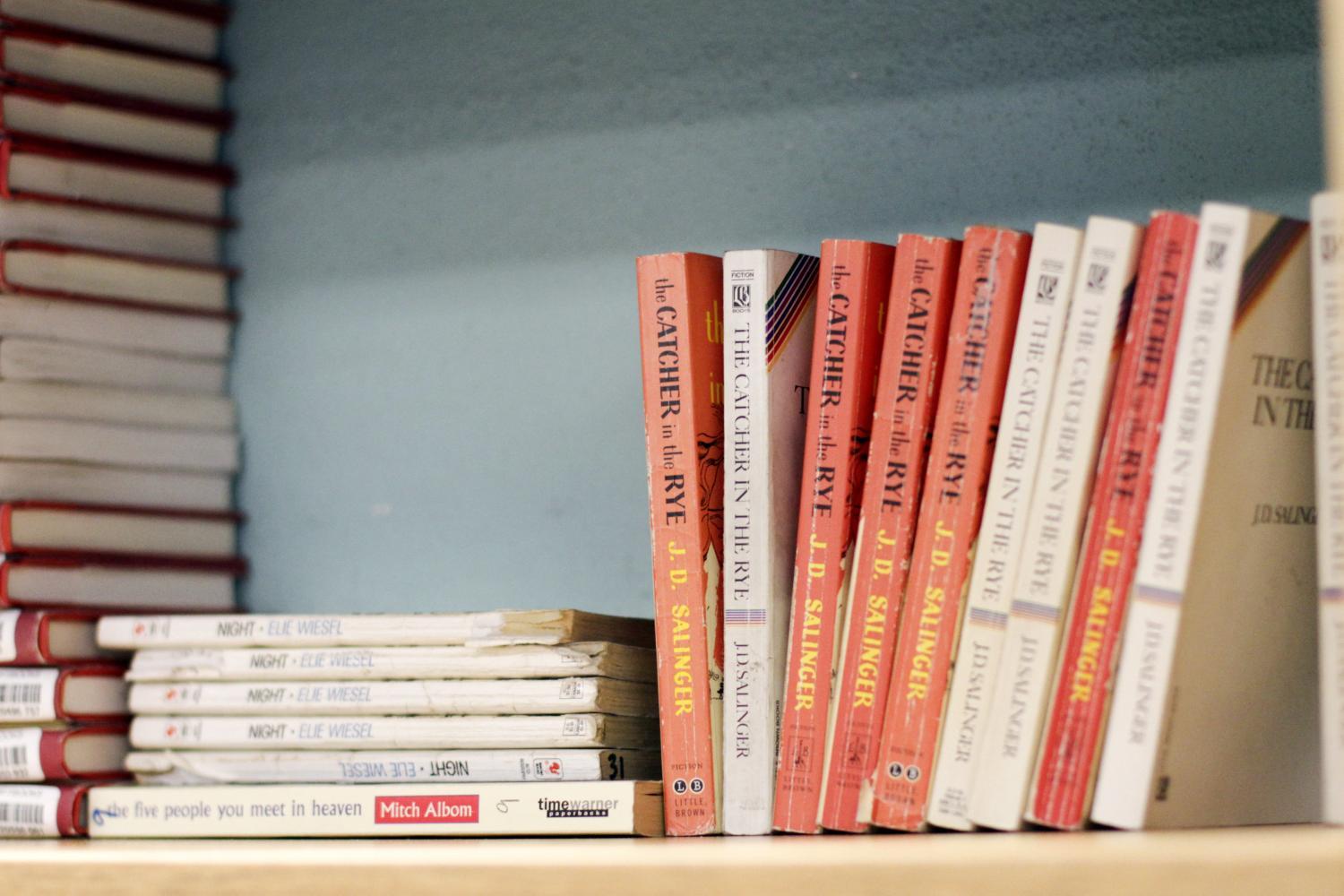 Mariana Dale/KJZZ
Peters says her school has 40 to 50 copies of each set of each assigned book so teachers have to rotate. She often buys her own copies for the classroom. 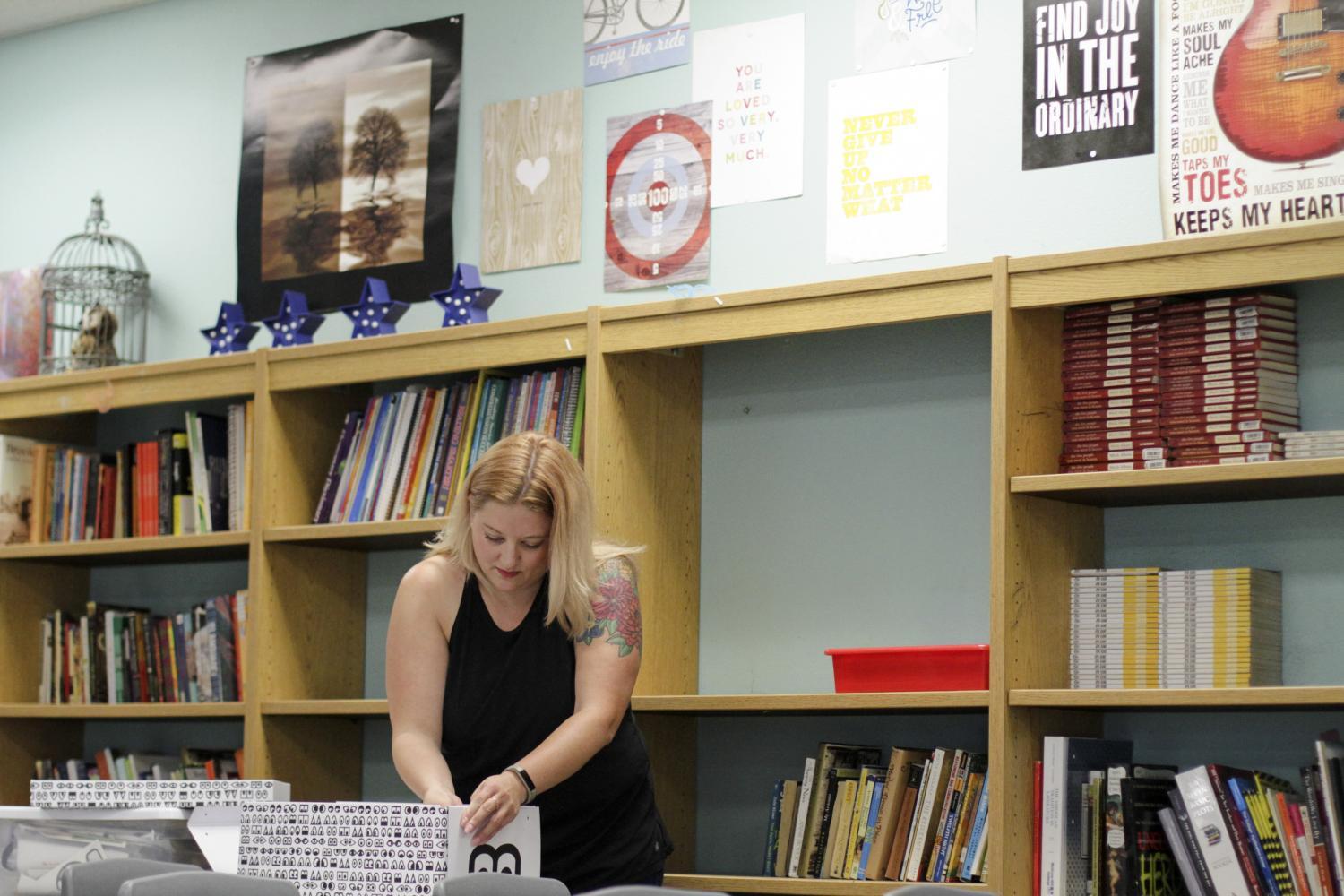 Mariana Dale/KJZZ
“There really is no time for chit chat, no time to hang around and wake up," Peters says about the start of the school day. "You have to be ready.”