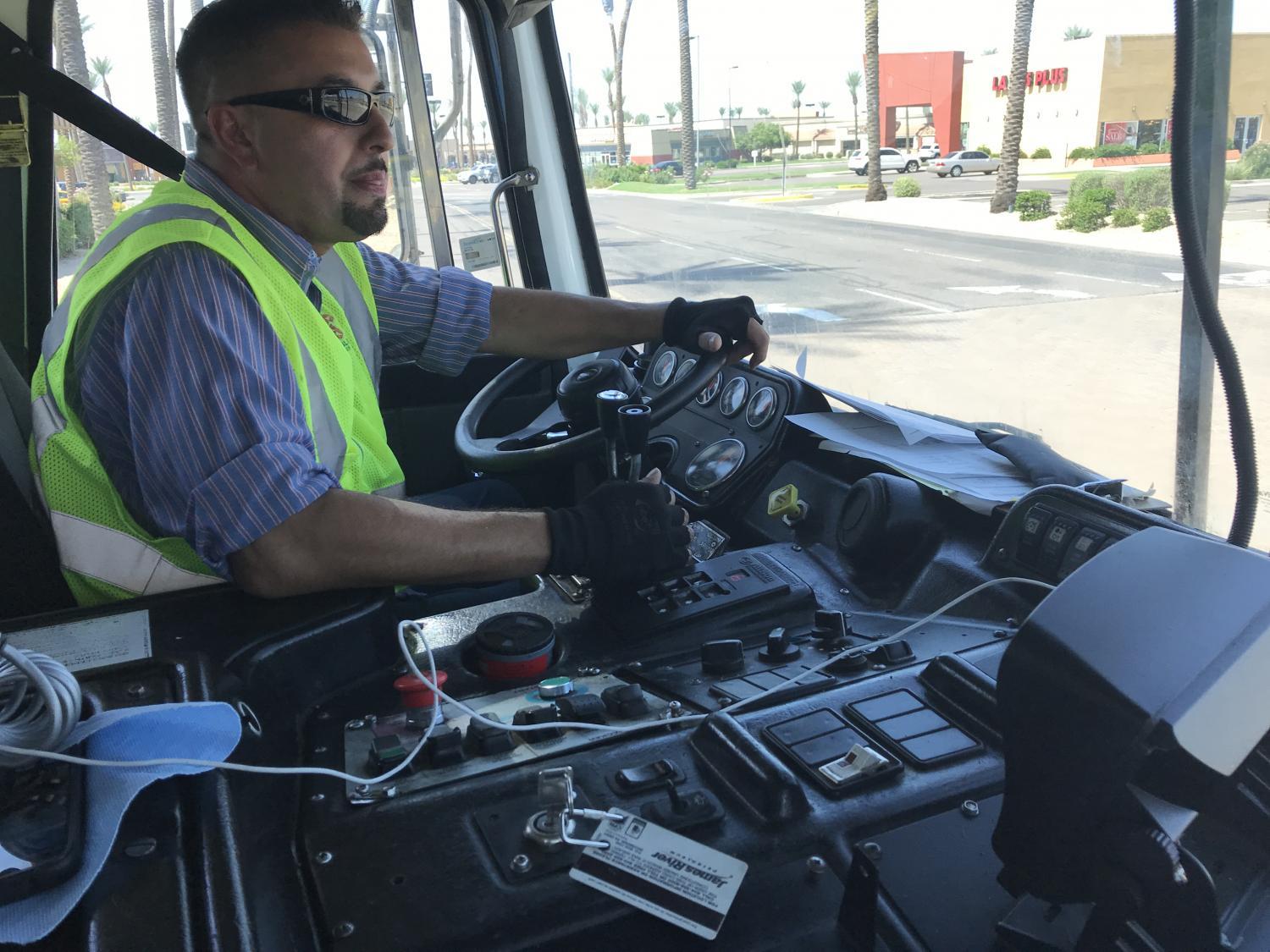 Phoenix may be the first U.S. city to build a mill to remanufacture plastic containers. It’s an effort to clean up one part of a global trash problem that’s been mounting for decades — and is only getting worse.

Curbside is where recycling ends for most of us, but for the city of Phoenix, it is just the beginning of the process.

"Yogurt cups, different things, not the common ones like your water bottles and soda bottles because we have good markets for those but other types of mixed plastics," said Joe Giudice is Phoenix's assistant public works director. He’s in the process of collecting bids from contractors so Phoenix can remanufacture specific plastic containers into new goods and also fuel.

"Phoenix’s approach is, 'Hey, we want to develop new markets,' ideally domestic markets, and we want to have something right here in Phoenix," he said.

It’s been six months since China stopped importing most plastic and paper waste from U.S. cities, which it was remanufacturing and selling there. And the void left is massive. There is no other market in the world as large, that consumes as much as China — not even the U.S. That means, the business flow of recycling has essentially stopped worldwide. And paper and plastic are getting sent to the landfill.

In a 2015 study, researchers found that 20 countries are responsible for more than 80 percent of the plastic going into the ocean annually.

Odile Madden, senior scientist with the Getty Conservation Institute, said plastic consumption and use is a cultural problem.

"We had to be taught, after World War II, to throw things away after using it once. In fact, there is advertising that suggests, 'Hey, don’t be stingy. Throw that cup away, and just get a new one,'" she said.

In just the last 20 years, there's been a noticeable rise in “convenience plastic:” water bottles, straws and cutlery, used once and thrown away.

"... [T]his disposable culture. I mean, it’s not only plastic beverage containers. There’s aluminum ones, we have glass bottles. But, what have we lost as a people by carrying around our beverages and our snacks all the time, by ourselves?" said Madden.

Freed said even if the recycling industry eventually finds a way to capture more of what can be recycled, there’s still the problem of landfills reaching capacity. He says western states have about 20 years left.

"We’ve produced more plastic in the past 18 years of this century than in the entire century beforehand, so it’s just been an exponential increase in our plastic production, consumption and use," said Freed.

“We’ve produced more plastic in the past 18 years of this century than in the entire century beforehand ...”
— Adam Freed, sustainability principal at Bloomberg Associates

"Focusing on recycling once you’ve collected it is kind of like taking a Tylenol after you get the flu and thinking you did everything you could to prevent yourself from being sick. You’ve missed the opportunity to wash your hands, to get a flu shot, to be healthy, to avoid other people who are sick. You know that is the tip of the iceberg when it comes to how cities can more efficiently and productively collect and manage their waste streams."

A 2017 comprehensive research study on the history of plastic production says plastics outpace every other manufactured material for the past 65 years.

According to the EPA’s figures, Americans generated 14.3 million tons of plastic waste in 2014, the last year EPA data was made available. 2.1 million tons of that was recycled, or 14 percent. The city of Phoenix, Republic Services and other industry experts put the figure somewhere closer to 8 percent or 9 percent, as does a 2017 comprehensive research study on the history of plastic production and consumption, which finds for the United States, plastic recycling has remained steady at 9 percent since 2012.

According to a report released at Davos by the World Economic Forum, one truck of plastic waste is dumped into the ocean every minute.

Madden says it all comes down to our changing attitudes and expectations of what plastic actually is. 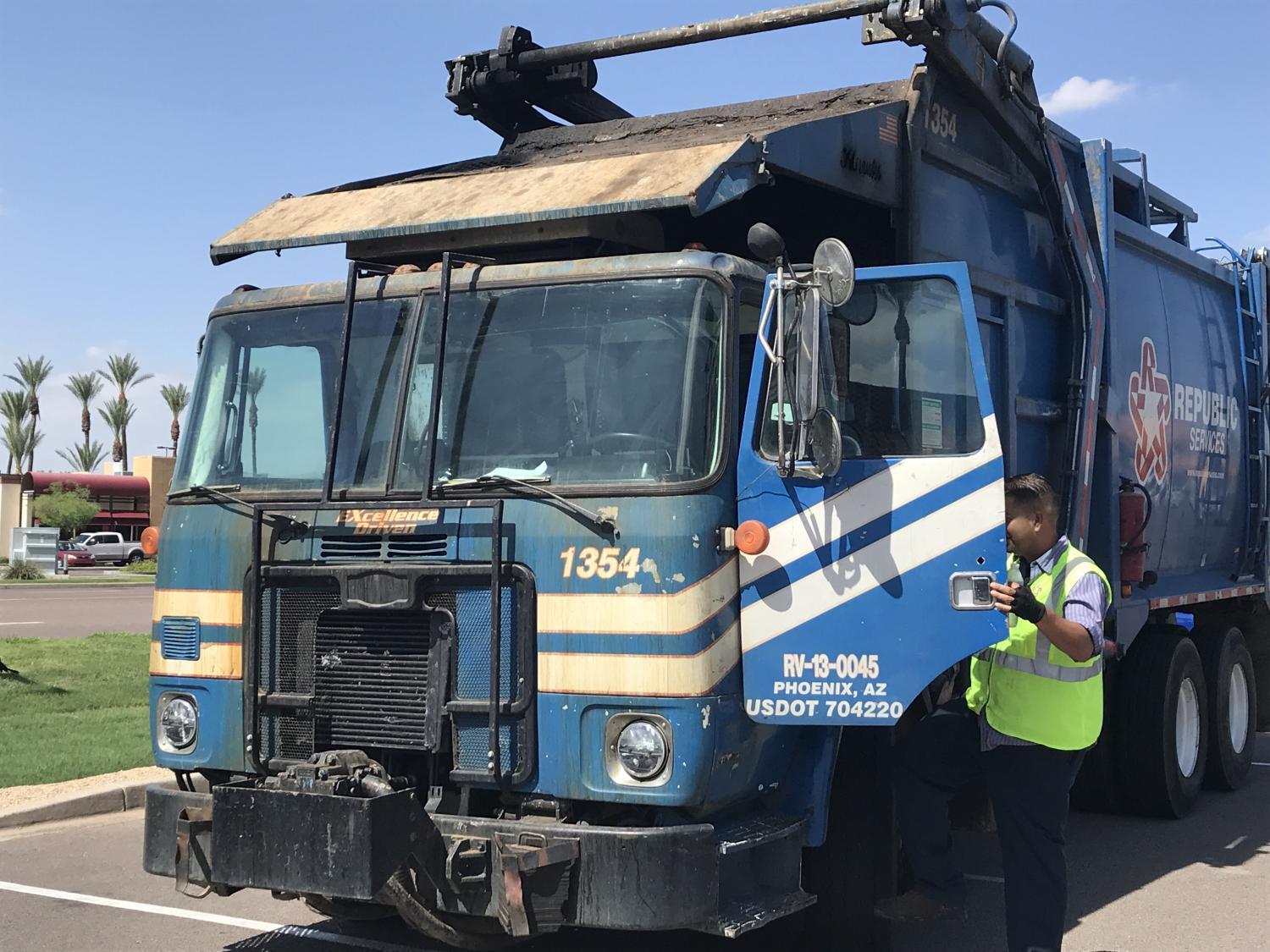 Joe Giudice says for Phoenix, building a plastic remanufacturing plant in town is simply about answering to what residents say they want, which is to recycle more.

"The vast majority of plastics that come in have nice domestic markets for those products to made into something else. But these mixed plastics, where we had a market in China, we no longer do," he said.

So the city is now trying to find a way to deal with those plastics being tossed into the recycle bins. Proposals were due back to Phoenix on July 18.