One Arizona Aims To Register 200,000 New Voters By October 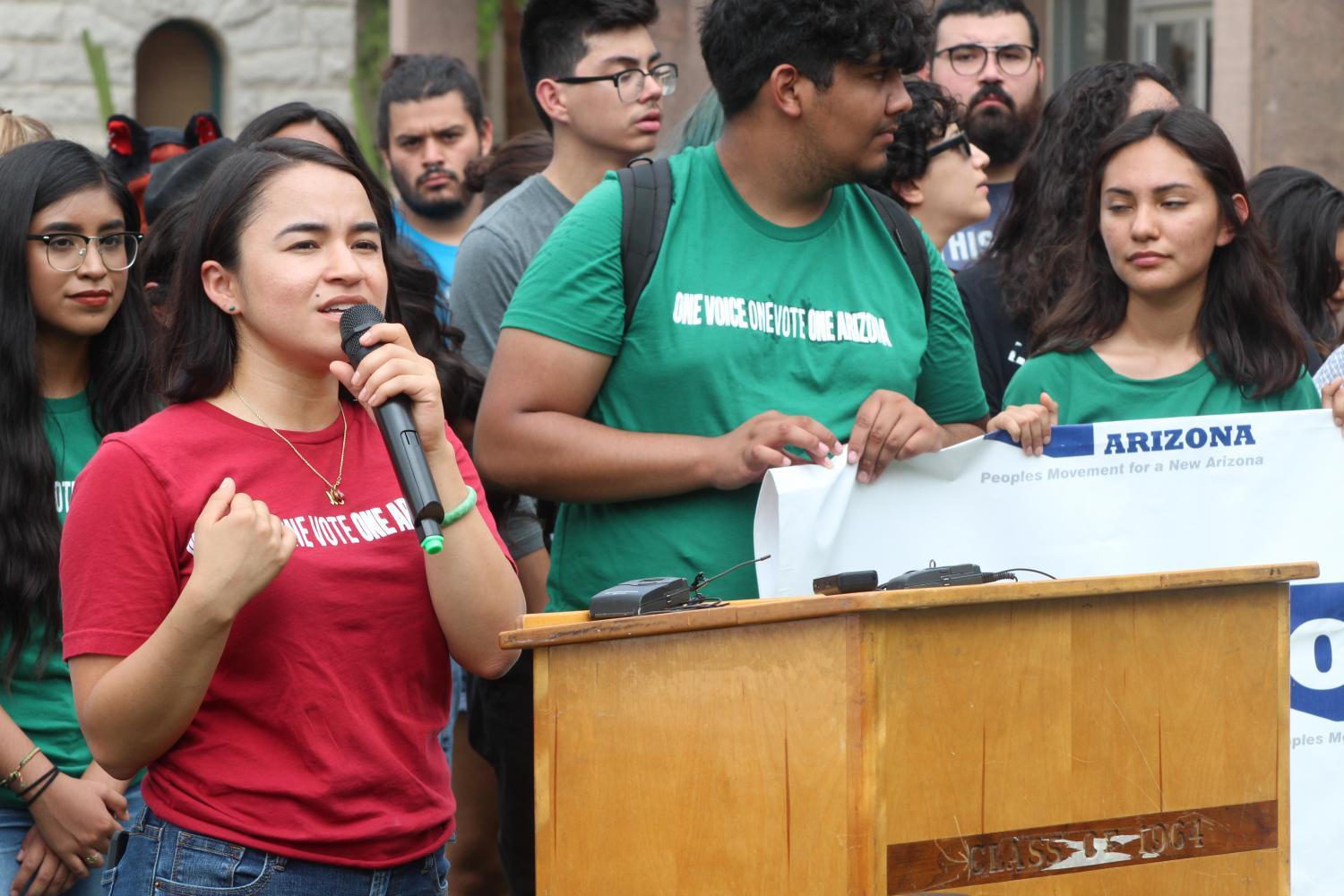 Bridget Dowd/KJZZ
Members of “One Arizona” are collecting voter registrations. They hope to reach 200,000 by October.

One Arizona is a coalition of local groups that advocate for social and political change. The organization held a press conference at the Capitol Saturday in hopes of getting 200,000 new voters registered by October.

Groups like Mi Familia Vota and the Arizona Center for Empowerment stood outside the Capitol sharing stories and talking about the importance of exercising the right to vote.

Montserrat Arredondo is the executive director of One Arizona. She said this year they noticed that more people were interested in voting because of things that were happening in the state.

“Like the RedForEd movement- we hear a lot about education from folks," Arredondo said. "You know, now they’ll have an opportunity to vote on the ballot for something around education. That’s really boosted our ability to register people to vote.”

Arredondo said the effort is non-partisan as they are not trying to get people to register with any specific political party. They are about half way to their goal.