Jason Carlyle is a manager at Stardust, a Phoenix-based company that salvages and resells home materials like cabinets and kitchen counters to homeowners looking to renovate.

He said activity is up now, but it was also up during the Recession.

“Even in 2008 when the whole economy crunch went down, a lot of people weren’t buying houses necessarily," said Carlyle. "But they were spending the money on remodeling the houses that they were already owning at that point."

The Leading Indicator of Remodeling Activity study, released by Harvard in January, says spending on improvements and repairs is up 7.5 percent over 2017, and 2018 spending is expected to be the strongest in more than a decade. The study indicates that home remodeling is expected to remain strong and steady into 2019. 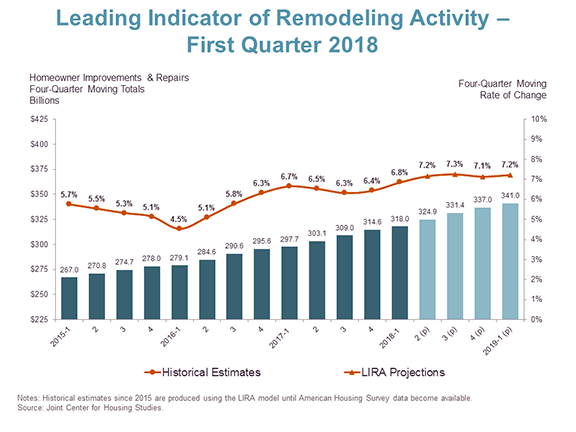