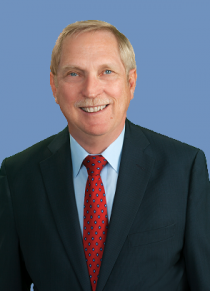 As Arizona heads toward the August primary election, KJZZ's The Show is inviting candidates in contested races to talk about why they’re running and some of the key issues in their contests.

Dave Giles is running in the Republican primary in the 9th Congressional District, which encompasses parts of Phoenix, Tempe and other areas in the East Valley. He ran for the seat in 2016, losing to the current incumbent, Kyrsten Sinema, who’s now running for U.S. Senate.

This year, he’s competing with Steve Ferrara and Irina Baroness Von Behr in the GOP primary. Giles came on The Show studios recently to talk about why he thinks he's the best candidate to win this nomination.