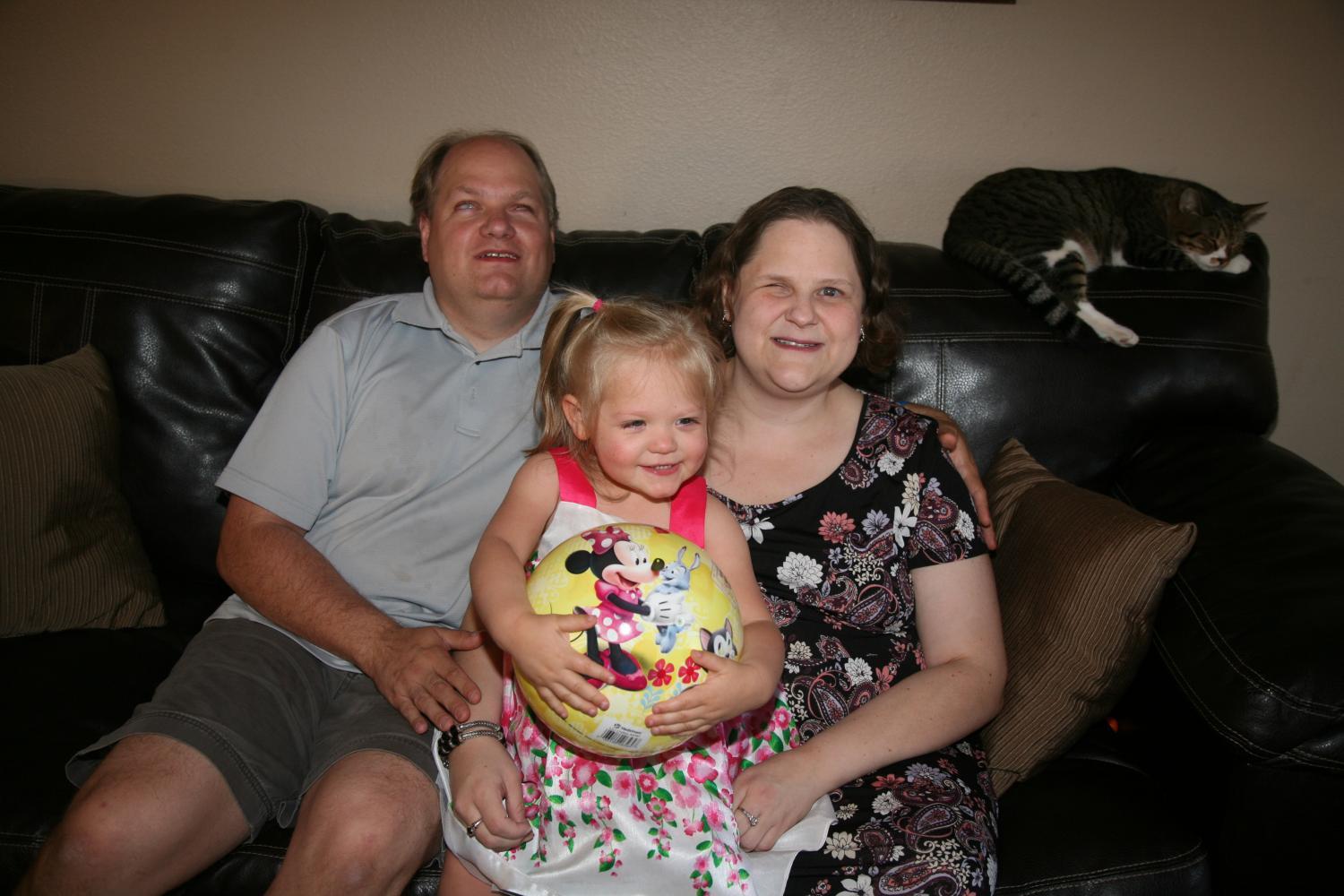 Stina Sieg/KJZZ
Darrell and Allison Hilliker are blind and try to help raise awareness about the needs of visually impaired people.

When the Americans with Disabilities Act became law in 1990, it decreed that people will have access to jobs, businesses and public spaces, regardless of their disability.

Thirty years later, people like Darrell and Allison Hilliker are still fighting to make sure that promise is kept.

From their Tempe home, the activists run Blind Access Journal, a podcast and a website for fellow visually impaired people.

On a recent morning, their tiny blond daughter was zooming around their living room.

They were all born with a form of glaucoma, which causes fluid to press against the optic nerve. Darrell, 44, is totally blind. Allison, 35, can only see shapes and colors. Allyssa’s sight is still pretty strong, and she’s going through continual medical treatments to preserve as much as possible.

But Darrell wants to make one thing clear.

“Allyssa’s value as a person, or Allyssa’s ability to be successful, has nothing to do with how much sight she has,” he said. “If it ever does, it’s not because of a deficiency in Allyssa, it’s because of the deficiency in society.”

The Hillikers have been faced with that deficiency for as long as they can remember. Darrell had to go to court in order to get a public high school to admit him. When Allison was 14, she was fired from a volunteer job she was capable of doing, and it was all because of their sight.

“Nobody really grows up in a disabled body without experiencing discrimination or exclusion or inaccessibility. It just is,” Allison said. “So, you almost can’t live that way without having a level of understanding of the need to advocate.” 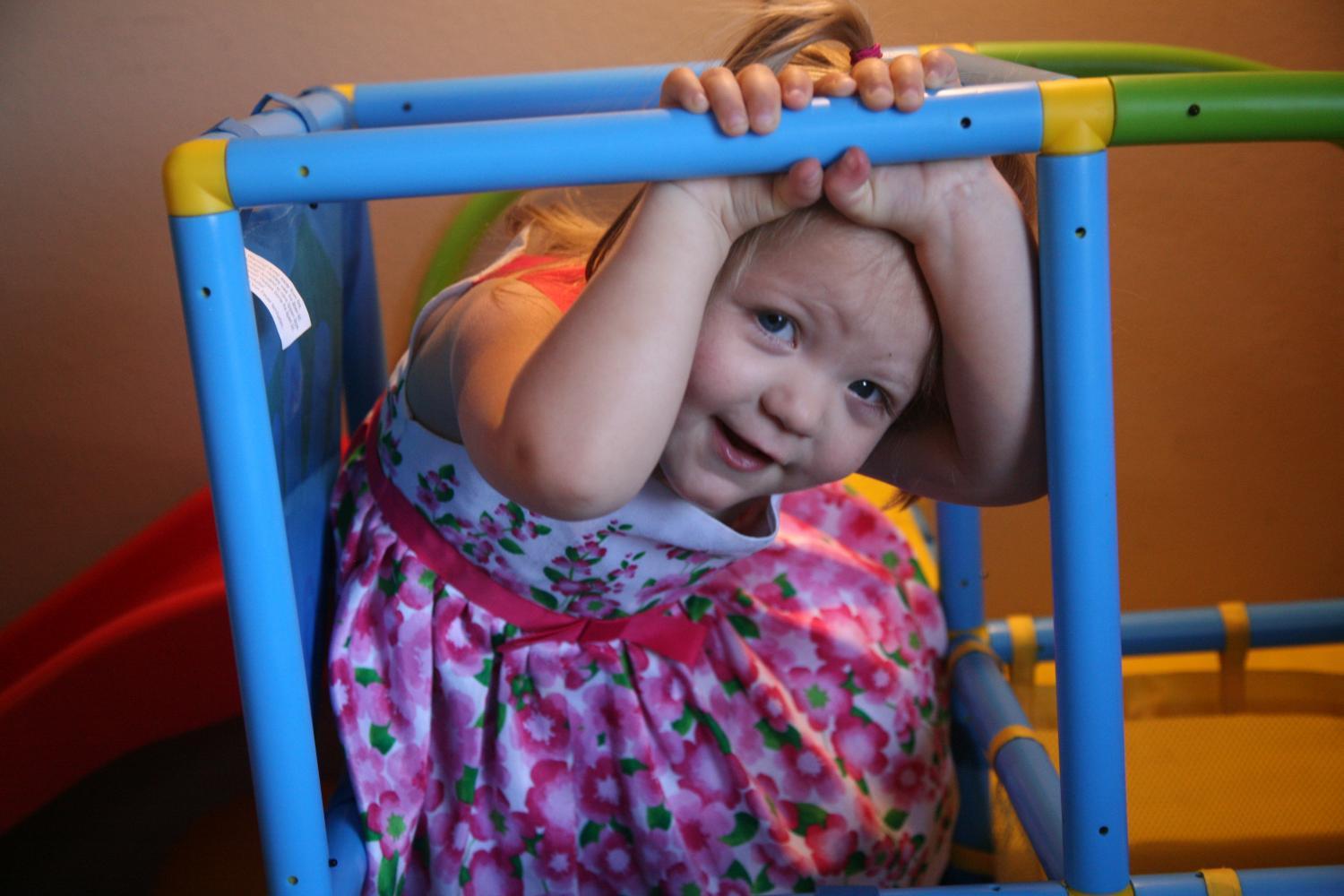 Stina Sieg/KJZZ
Darrell Hilliker says having a family, which now includes Allyssa and baby Arabella, was a happy surprise for him, one he thought might not be in the cards.

And they’re advocating all the time, with hundreds of letters and emails and call-outs on Twitter to companies and organizations. Darrell estimates they’re lucky if 5 percent of websites are built to be accessible by them, meaning they can be read by the text reader built into their phones.

Swiping through the KJZZ mobile app, Darrell explained why it, too, doesn’t totally pass muster. While he can stream live radio — and he does — other aspects of the app remain elusive.

“I’ll just give you a quick demo right there,” he said, as the female voice from inside his phone read back, “Button! Button!”

If it were totally accessible, it would say “schedule” or “news” or “donate,” all the buttons sighted people can see. KJZZ is aware of the problem and is actively looking into solutions.

The Hillikers know that in the scheme of things, this is not the biggest deal. But it is frustrating, especially since they’re tired of fighting so hard for accessibility every day. Allison believes companies often have good intentions but not a lot of solutions.

“There are non-discrimination laws all over the books that mostly just don’t get implemented,” she said. “So it is discouraging.”

It’s discouraging when they’re given hospital discharge papers that they can’t read. Or when the grocery chain they use to shop online suddenly adopts a new website that’s inaccessible to blind people.

Allison said before she met Darrell, she was less blunt about demanding change.

“Darrell’s basically helped me understand it is OK to insist sometimes,” she said. “It’s not a bad thing to expect people to do things to make the world more accessible and more inclusive.”

Darrell says Allison has helped him, too. For a long time, he said, he felt like an alien.

“That I had diplomatic relations with other people but that I really wasn’t really part of society,” he said.

Sometimes he still feels that way. But Darrell doesn’t want to set that example for his children. At the time of this interview, Allison was heavily pregnant — though their 2-year-old wasn’t exactly getting it.

“Allyssa, does Mama have baby sister in her tummy?” she cooed to her toddler.

It’s less abstract now. Shortly after this interview, Arabella Hilliker was born, at 7 pounds, 14 ounces. She has no visual disabilities detected. But her parents are fighting for a world where that doesn’t matter so much.