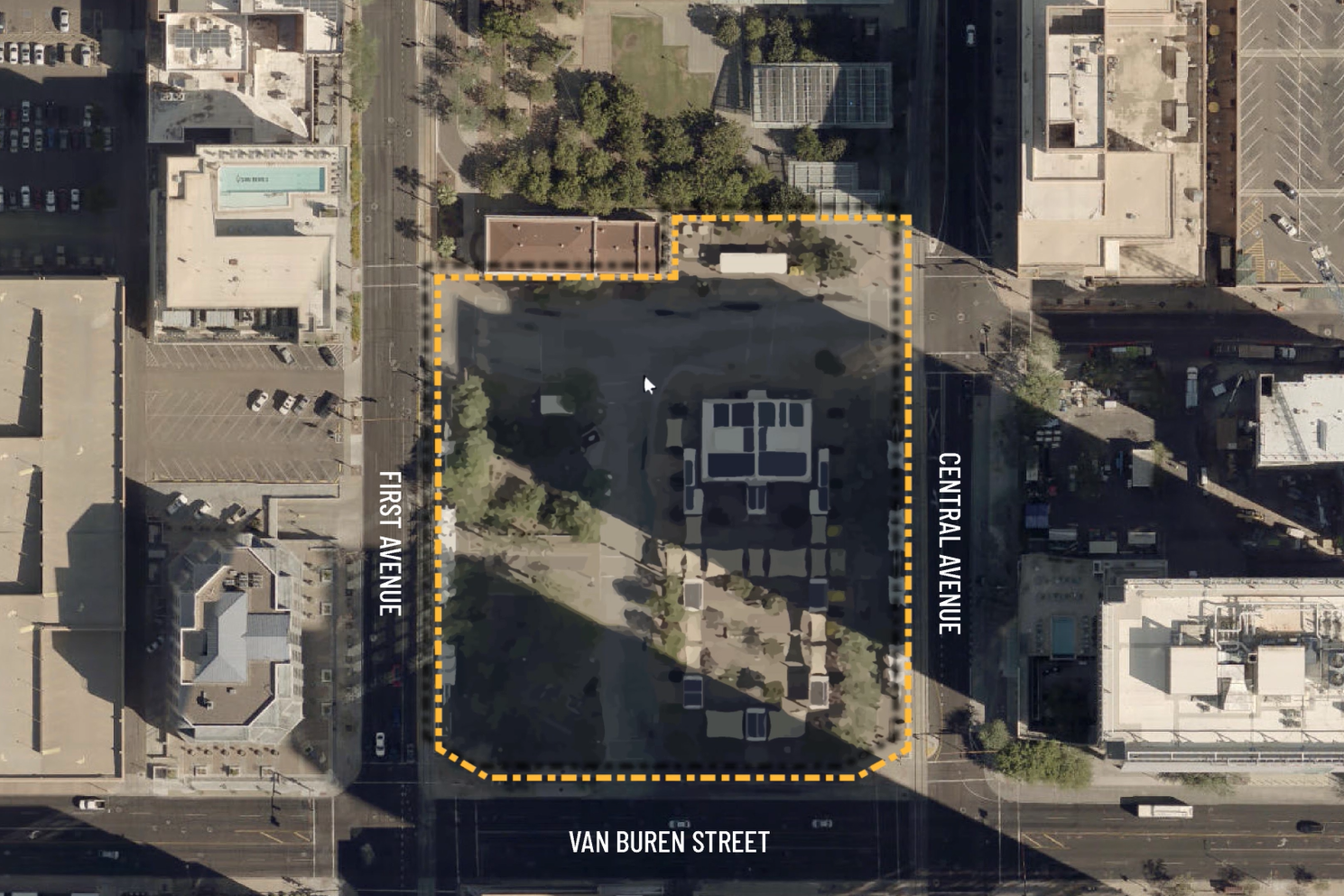 One of Phoenix’s most valuable downtown parcels hit the market Monday. The city is issuing a request for proposals for the Central Station transit site.

The city-owned 2.564 acre site at Central Avenue and Van Buren Street is a major bus hub and light rail stop. While its future will remain transit focused, Christine Mackay, Phoenix’s economic development director, said being next to ASU and close to the biomedical campus and convention center offers customers beyond transit users.

“Having really great retail, having shopping and dining experiences is going to be really important to the site,” she said. “We have a million conventioneers that come in each year.”

Any development plans need to be permeable, Mackay said, “What I mean by that is that people get off on northbound Central on transit and they need to pick up a bus, that it’s really easy for them to walk through the site and appreciate and enjoy the site, making it shaded and interact with transit, not just turning its back on transit.”

The parcel was appraised at $12,286,000 in October, 2017. A July pre-proposal meeting to share information with potential developers will be held and proposals will likely be due in August.

“This is a great site for somebody to come in and bring an iconic development that is not just a box, not just a square box with a door,” said Gretchen Wolfe, procurement manager for the Economic and Community Development Department.

She said there are few zoning codes on the parcel and it could accommodate residential, commercial, and office space.

A panel made up of city, community and development representatives will evaluate and score the proposals before the city council is asked to make a decision.

“The city has a solicitation transparency policy so it’s really important for folks who think they’re interested in this parcel to know that once the RFP is issued they can only communicate through the procurement officer or they violate that transparency policy and they get disqualified,” Wolfe said.