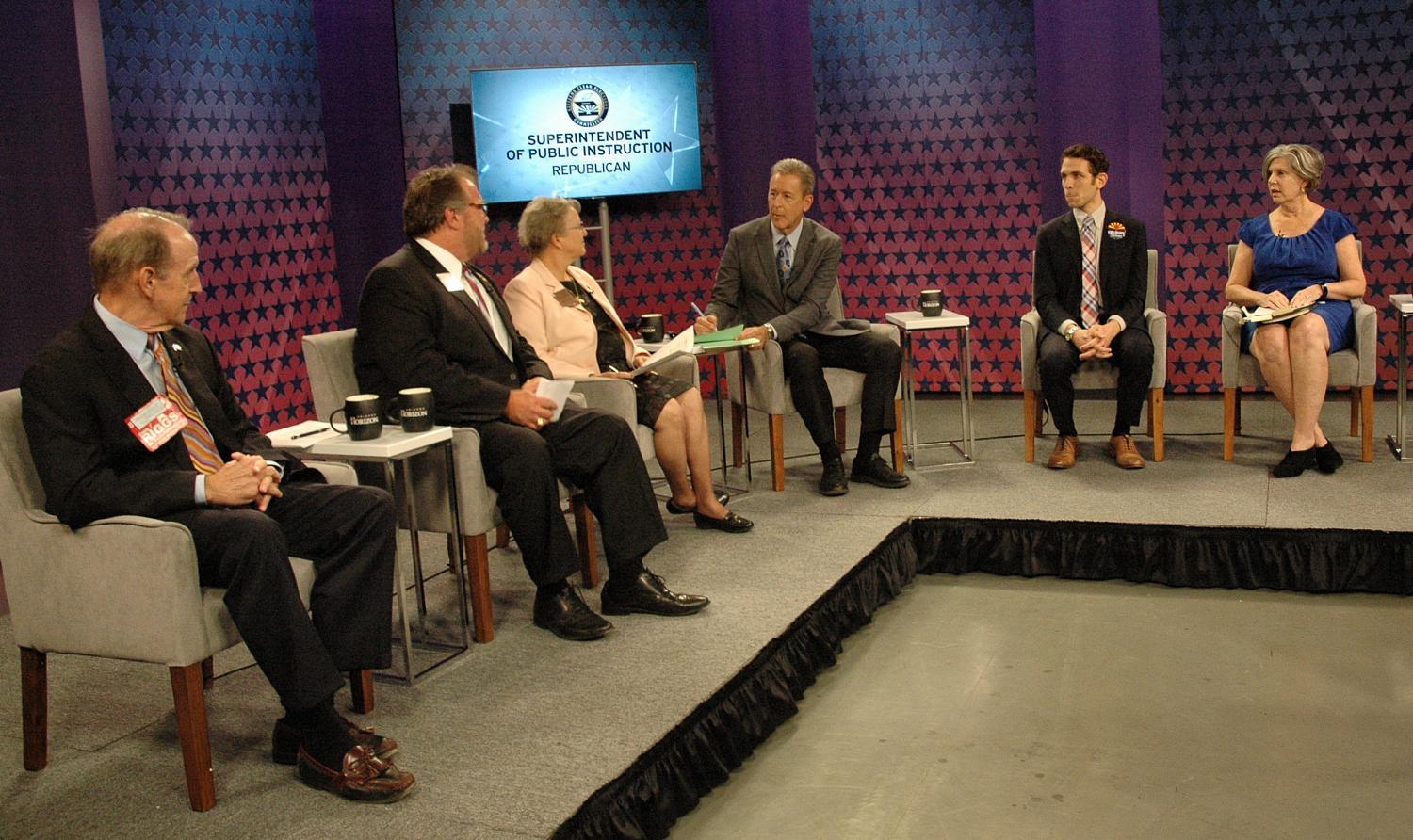 On Wednesday night, the five Republicans candidates who are hoping to defeat Arizona Superintendent of Public Instruction Diane Douglas in August hit the stage to debate.

Douglas has been under fire recently for her move to remove references to evolution from the state high school science standards.

The hour-long debate aired on Arizona PBS and Capitol Media Services’ Howie Fischer covered it all.