A new study of Arizona women by the University of Arizona College of Medicine-Phoenix, Maricopa Integrated Health Systems, Dignity Health St. Joseph's Hospital and Medical Center, UA Cancer Center and U.S. Oncology could help explain why some women with HPV develop cervical cancers while others do not.

The research, which appeared online May 15 in Scientific Reports, suggests healthy vaginal microbes such as lactobacilli, cousins to probiotics, correspond to reduced risk of cervical cancer. 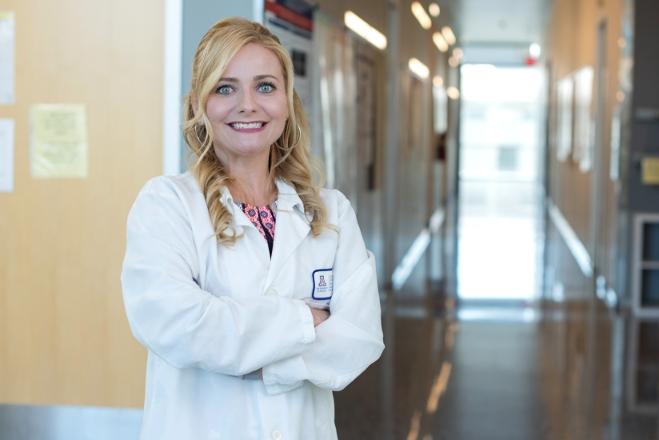 "It lowers the pH, which creates a more hostile environment for other invading bacteria or viruses," said Melissa Herbst-Kralovetz, an infectious disease expert with UA College of Medicine-Phoenix.

She added that good bacteria also take up niches in the microenvironment, effectively boxing out harmful bacteria.

In roughly 90 percent of cases, HPV infections among women clear within the first 2 years.

Of the remaining 10 percent, another 0.8 percent develops cervical cancer, resulting in more than 500,000 cases of cervical cancer globally each year and hundreds of thousands of deaths.

Why some women clear the virus while others develop cancer remains unclear.

Also unclear: why Hispanic women have a higher risk of developing cervical cancer. In the past, researchers have attributed this pattern to a lack of screening and an unequal access to health care, but suspected other genetic or environmental factors could also play a role.

"We've known since the 1800s that lactobacilli are associated with vaginal health. These are good bugs that promote women's health; they produce lactic acid that decreases the vaginal pH, and then that protects against other invading bacteria and viruses," said Herbst-Kralovetz.

Hispanic women in the study showed elevated pH levels, which could help explain cervical cancer's prevalence among that demographic, but nailing down a causal link will require further research, she said. 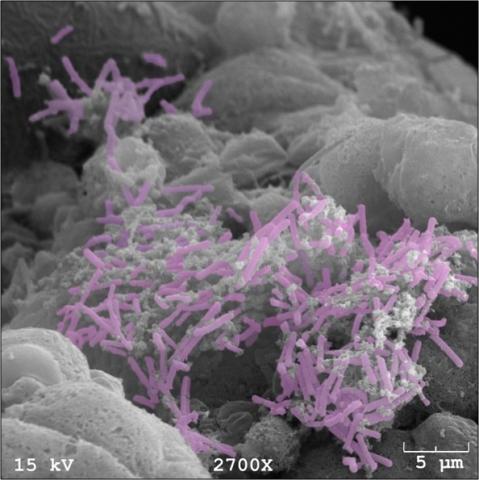 The study also found a harmful microbe, sneathia, in all patient groups with HPV infection. Herbst-Kralovetz said sneathia might play a role in HPV persistence and cancer development but, again, developing a clear picture will take a longitudinal study, not a point-in-time cross-section.

"Our next goal is to investigate how these bacteria might be influencing cancer promotion as well as cancer development."

The Centers for Disease Control and Prevention reported that in 2015, only 6 out of 10 parents nationwide vaccinated their children against HPV.

Herbst-Kralovetz added that we will continue to need such research as long as HPV vaccines go underutilized.

"We have the ability to basically abolish HPV cancers. We just need to vaccinate our children."